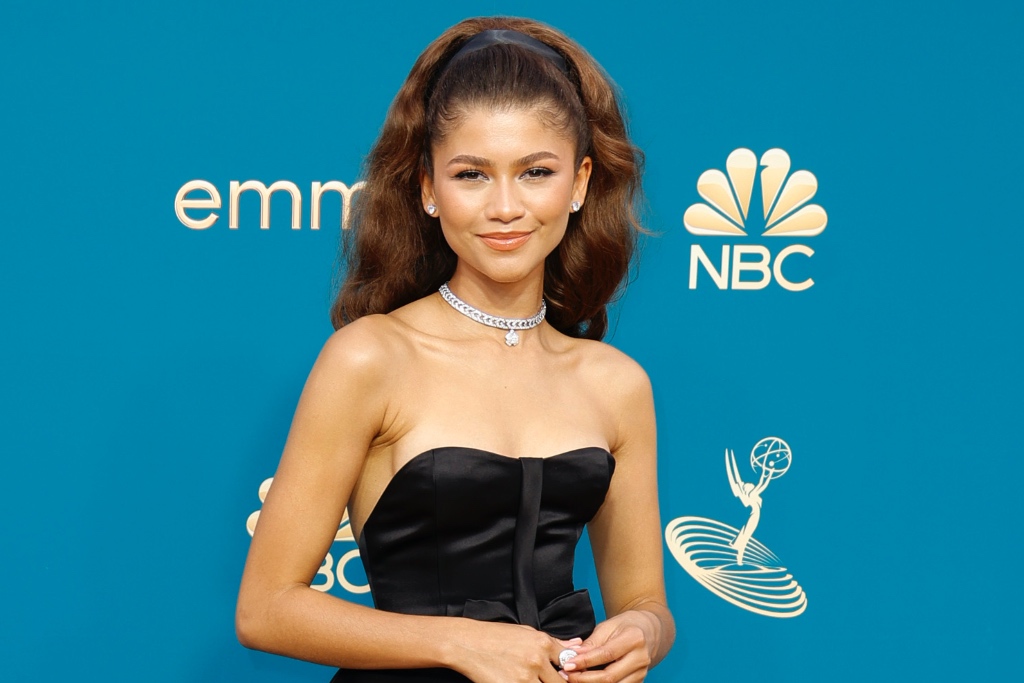 Zendaya brought a dose of star power — with classic style to match — at the 2022 Emmy Awards.

The “Euphoria” star, nominated this evening for her performance as recovering drug addict Rue Bennett, struck a pose on the carpet in a sweeping black Valentino gown. Styled by Law Roach, her ensemble featured a strapless silk bodice. The cinched piece flared beneath a delicate bow appliqué in a voluminous skirt, creating formal glamour that was utterly timeless.

Roach completed the actress’ outfit with a sparkling diamond Bulgari necklace and stud earrings, adding to its classic nature.

When it came to shoes, the actress’ footwear was not visible. However, it’s likely she wore a complementary or matching set of pointed-toe pumps from Christian Louboutin for the occasion. The designer’s close-toed stiletto heels have been one of her go-to shoe silhouettes over the years, paired in matching colors with gowns, dresses and suits across numerous red carpets.

The Emmy Awards celebrate the top performances and programs in television. This year’s ceremony, held at the Microsoft Theater in Los Angeles, will be hosted by Cedric the Entertainer. HBO’s “Succession” is leading the annual event’s 2022 nominations with 25 nominations, followed by  “Ted Lasso” (20), “The White Lotus” (20), “Hacks” (17) and “Only Murders in the Building” (17).