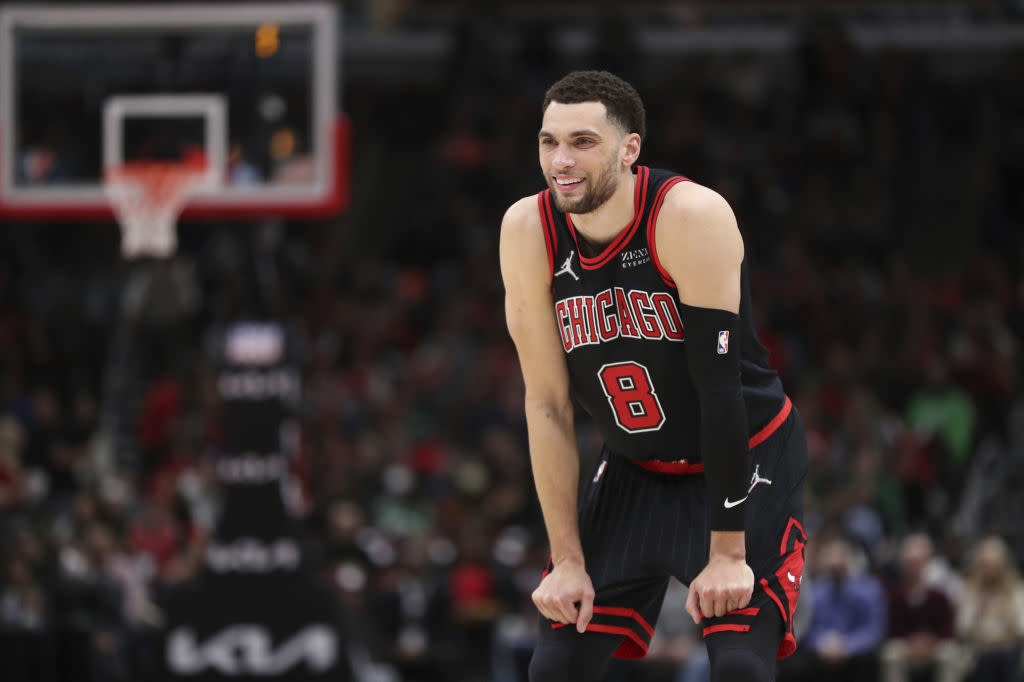 After missing Chicago’s first two games of the season due to left knee injury management, Zach LaVine will make his season debut against the Cavaliers in Chicago on Saturday.

Billy Donovan told reporters on Friday that LaVine would be available for this game, but the injury report that was released Saturday afternoon confirmed Donovan’s comments.

LaVine missed some games late last season because of this knee and had arthroscopic surgery on it in May after Chicago was eliminated from the playoffs. He seemed to be fine in the preseason before missing the first two games of the year.

With the arrival of DeMar DeRozan, Chicago returned to the playoffs for the first time since 2017 last year, which was LaVine’s first taste of postseason basketball. He also made his first All-Star appearance, averaging 24.4 points, 4.6 rebounds and 4.3 assists for the Bulls.

If the team wants to build on last season’s success, they’ll need LaVine healthy. Lonzo Ball is out indefinitely with his knee issues, so LaVine missing games would derail Chicago’s hopes of making it past the first round for the first time since 2015.

LaVine should immediately return to the starting lineup for the Bulls, where he’ll join DeRoza, Ayo Dosunmu, Patrick Williams and Nikola Vucevic. Alex Caruso, who had been starting at shooting guard, will likely return to a bench role.