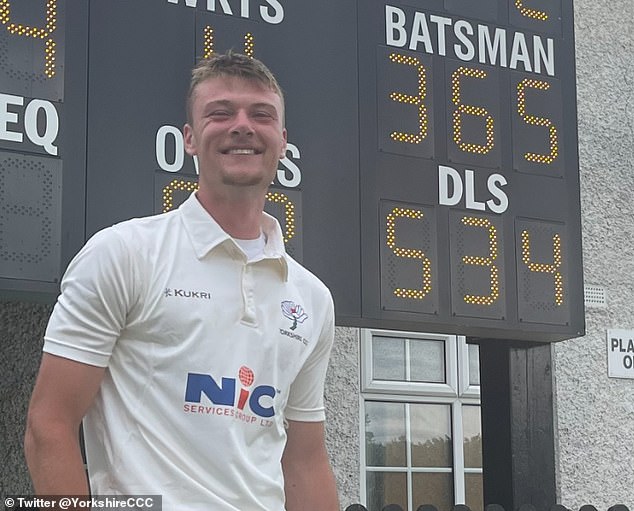 Yorkshire Second XI batsman Finlay Bean smashes ASTONISHING 441 in record-breaking innings, with 20-year-old at the crease for more than 11 hours!

Yorkshire’s Finlay Bean has notched one of the most ridiculous scores in cricket history with a knock of 441 for the county’s Second XI.

Bean, a 20-year-old left-handed batsman, finished play on Wednesday with a total of 365 to break Marcus Trescothick’s record of 322 for Somerset 25 years ago.

And on Thursday he continued his dominance, moving past the 400 mark before eventually being bowled having been in the middle for the entirety of the innings.

Yorkshire’s score moved to more than 800 at time of writing, another record after it usurped the 602-4 made against Gloucestershire last season.

‘He’s been on the field for every single ball of the match, and it’s not just his skill that’s been impressive, it’s been his concentration levels as well.

‘Personally, I’ve never seen 365 runs scored in a game before. It’s been outstanding.’

Bean is not currently under contract with Yorkshire but after notching 52 fours and three sixes in 518, he will surely be under consideration for one now. 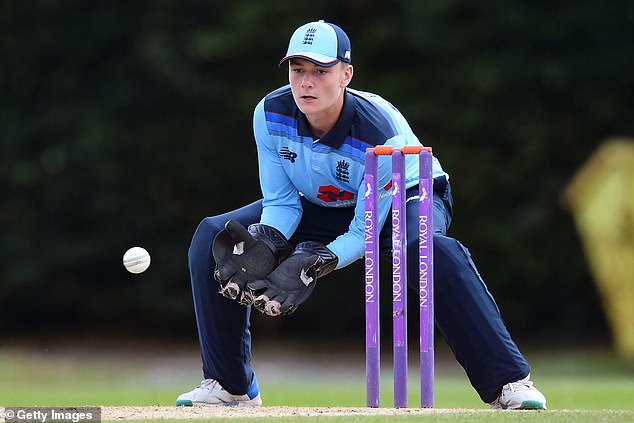 He batted for more than 11 hours in a remarkable feat of determination and skill on the third and fourth days of the game.

The batsman topped Richard Blakey’s previous Yorkshire Second XI high score of 273 not out by 168.

It is by far the highest score of Bean’s cricketing career so far. His previous best for Yorkshire Second XI was 72 earlier this month so such an incredible knock came out of the blue.

The promising player previously represented England at Under-19 level and no doubt will have plenty of attention from Ottis Gibson, Darren Gough and the coaching team at Yorkshire after his record-breaking innings.

Nottinghamshire were dismissed for 534 in their first innings before Yorkshire moved passed the 800 mark on Thursday.