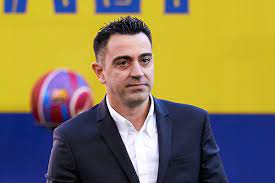 Elche vs Barcelona: Barcelona fans are excited again as manager Xavi Hernandez’s project to revitalise the club’s fortunes is bearing fruit way before even the most optimistic supporter would have expected. Follow Elche vs Barcelona updates on Insidesport.IN

Unbeaten since their extra-time defeat to Athletic Bilbao in the Copa del Rey on Jan. 20, they travel to face Elche in LaLiga on Sunday, looking for a fourth consecutive win in all competitions, having scored four in each of their last three games.

A sense of euphoria is palpable at Camp Nou now that they are back in the Champions League qualification spots having fallen as low as ninth back in November, when former coach Ronald Koeman was fired.

Xavi, the former Spain midfielder and 2010 World Cup winner who lifted 25 trophies as a Barca player left his role as Al Sadd coach in Qatar to lead what looked like a long-term rebuilding project.

However, almost four months later, his Barca side have climbed to fourth in the standings with a game in hand over all their rivals and are favourites to win the Europa League after winning convincingly against Serie A leaders Napoli in their last-32 clash.

They are still 15 points behind leaders Real Madrid but, with 13 games still to play, red-hot Barca may be wondering if there is still time to make a late-season run.

Their January signings are working out well, with Pierre-Emerick Aubameyang scoring for the third game in a row in their 4-0 home win over Athletic Bilbao on Sunday.

French winger Ousmane Dembele has also been revitalised after scoring one and grabbing two assists against Bilbao, before receiving a standing ovation from jubilant fans having almost left the club in January. With Real Madrid facing a feisty Real Sociedad on Saturday, with their focus on their decisive last-16 Champions League match against Paris St Germain next Wednesday, the idea that Barca could launch a late run for the title is not as crazy as it would have been a month ago.