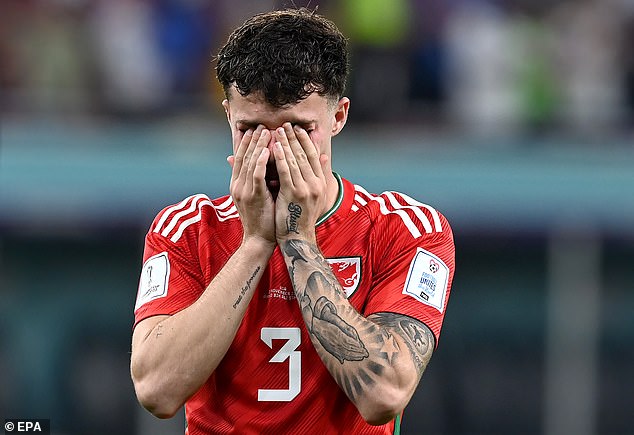 ‘I dedicate that game to him’: Heroic Neco Williams reveals he went from ‘crying all day’ to playing in Wales’ first World Cup game for 64 years the day after his Grandad passed away… as the 21-year-old posts heartwarming message on social media

Neco Williams has opened up on the devastating recent loss of his grandfather which left him ‘crying all day’ – revealing he was told of his passing just hours before representing Wales at the World Cup.

The heroic Williams played 79 minutes in the country’s first match at the tournament for 64 years, helping his side earn a 1-1 draw against the USA in their Group B opener on Monday evening.

After the game, the 21-year-old posted on social media, revealing his mum told him the ‘toughest’ thing he’s ever faced with the news of his grandfather’s passing on Sunday night.

He posted on Twitter saying: ‘Yesterday was the toughest news I’ve ever had to face and that was listening to my mum tell me my grandad passed away last night.

‘To go from crying all day to start in a World Cup game was extremely tough but I got through it from the support of my team mates and family,’ followed by a heart and dove emoji.

‘So I dedicate that game and a important point to him.’ 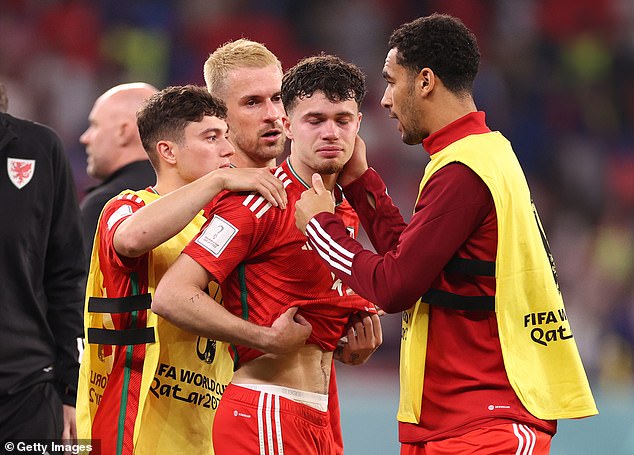 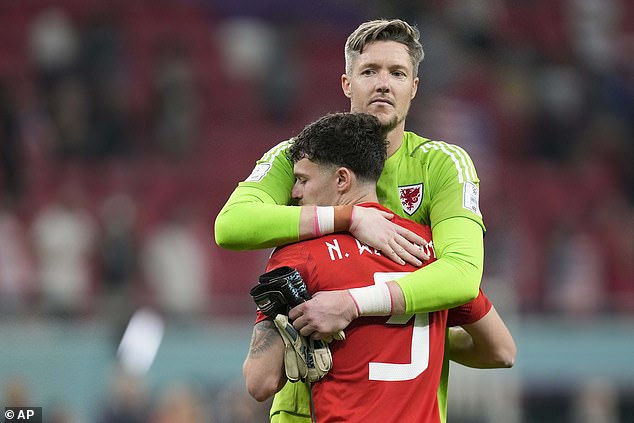 After a 1-1 draw against USA on Monday night, a tearful Williams was comforted by team-mates

The Nottingham Forest defender was visibly emotional at full time, walking around the pitch in tears as team-mates Dan James and Wayne Hennessey, among others, as well as manager Rob Page comforted him.

He then fell to his knees and pointed skywards in a heartwarming tribute to his Grandad.

He added on Instagram: ‘He’s been everywhere around the world to watch me play football from when I first started playing at Liverpool at 6 years old. 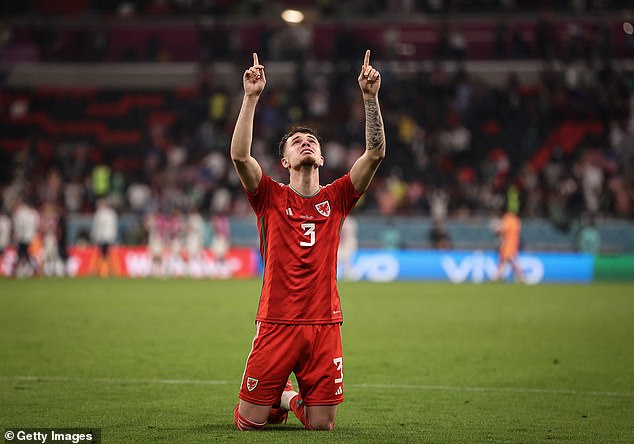 ‘He’d never tell me if I had a good game because he always said I have to get better and better each day and that’s why I am where I am now! I know he’s up there watching down on me very proudly.

‘For everyone please cherish (what) you have with loved ones because you never know when it can get taken away from you.’

After an emotional and poignant day for Wales, who belted out a raucous national anthem before securing a well-deserved point against the Americans, he then mouthed to ITV cameras on the pitch: ‘That was for you Grandad.’