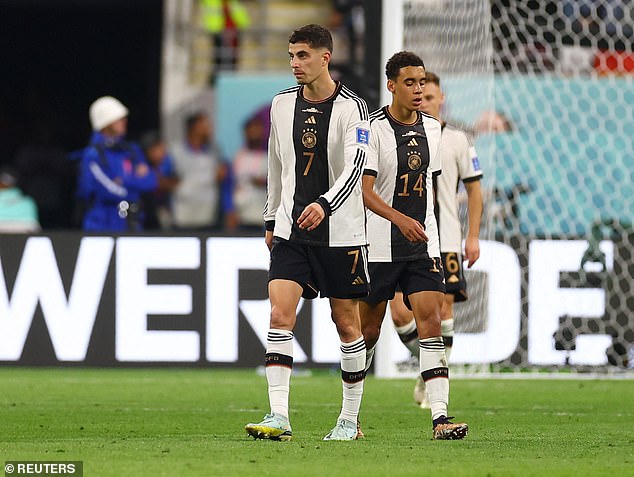 Germany’s flops have been savaged by the media after their shock World Cup loss to Japan – with Chelsea’s Kai Havertz and coach Hansi Flick heavily criticised.

Newspaper Bild gave Havertz a 5 – the second lowest possible score – in their ratings for Wednesday’s 2-1 defeat in Qatar, a result that leaves Germany staring at the prospect of another early exit.

See also  SAMI MOKBEL: It was easy for England players not to take the knee because it's what they are used to

Flick also received a rating of 5 for his game plan, while this embarrassing score was also awarded to Serge Gnabry and defensive trio Niklas Sule, David Raum and Nico Schlotterbeck. 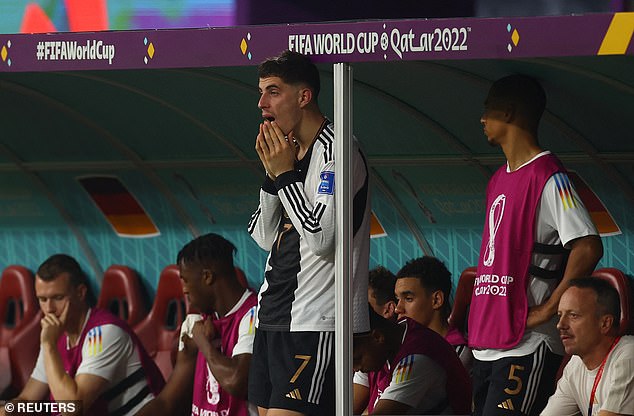 Thomas muller, Joshua Kimmich, Antonio Rudiger and Manuel Neuer received a score of 4, which is distinctly average, while Jamal Musiala and Ilkay Gundogan must have done something right as they got 3. 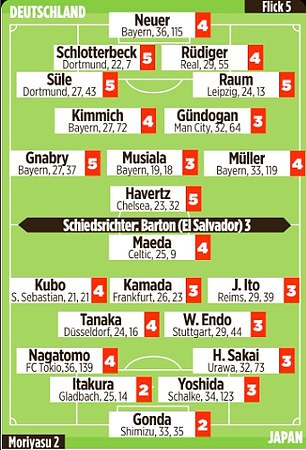 Bild’s scoring system varies from most publications in that a score of 1 is the best you can possibly receive and 6 is the lowest.

It came after Die Mannschaft threw away a first-half lead, courtesy of Gundogan’s penalty, to lose thanks to late goals by Ritsu Doan and Takuma Asana.

With Spain – who opened their World Cup with a 7-0 thrashing of Costa Rica later in the day – up next on Sunday, the Germans face the very real possibility of an early flight home as happened at the last World Cup in 2018.

Bild labelled the loss to Japan a ‘debacle’ and couldn’t escape the echoes of four years ago.

‘The debacle is reminiscent of the bitter tournament in Russia in 2018, where Germany lost 1-0 to Mexico and were eliminated from the group stage for the first time,’ they wrote.

Speaking after the game, coach Flick admitted: ‘Japan beat us with their efficiency. It’s bitterly disappointing. 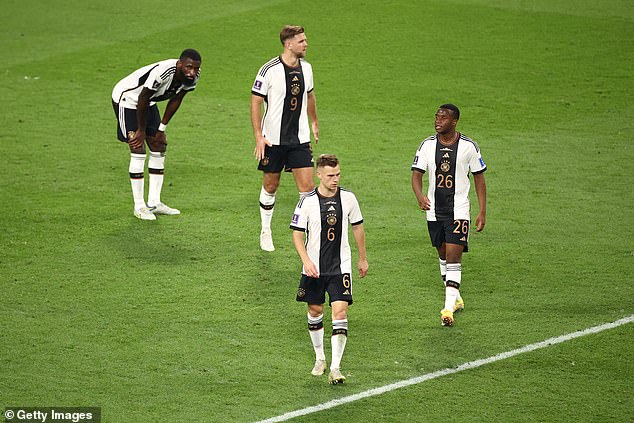 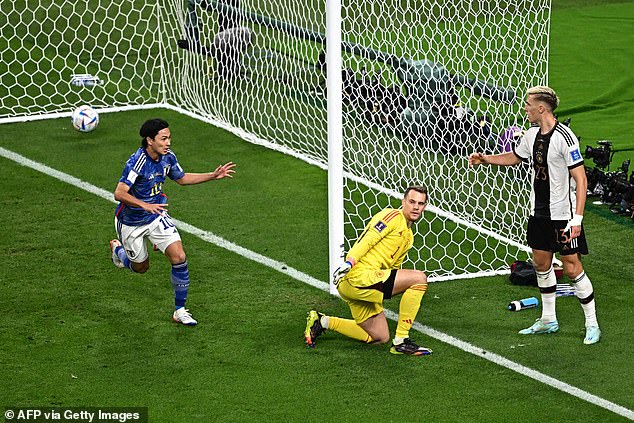 ‘We had 78 per cent possession in the first half and had plenty of chances in the second that we failed to take.

‘We can only blame ourselves – we have to make sure we can come out of this, we have to be courageous, we need the aggression in the game that’s necessary at a World Cup.’

Keeper Neuer added: ‘I am totally angry and frustrated that we let this game slip, it was not necessary. 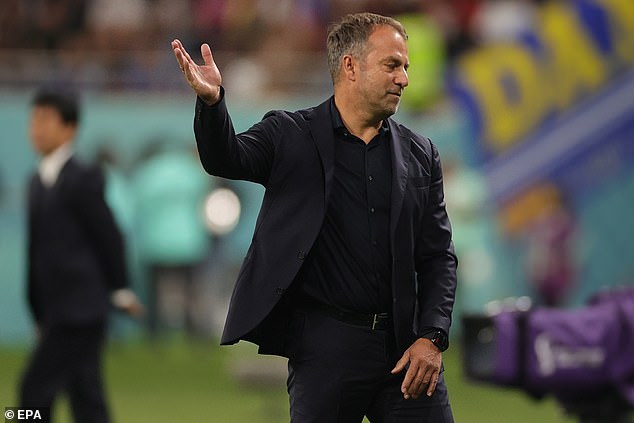 ‘We are now under pressure from the start. That was also the most important game of how you start in a tournament but we messed it up.’

There was praise for Japan goalkeeper Shuichi Gonda, however, after he pulled off a double save to deny Gnabry and Jonas Hofmann. He received a score of 2 in Bild’s ratings, the second-highest possible.