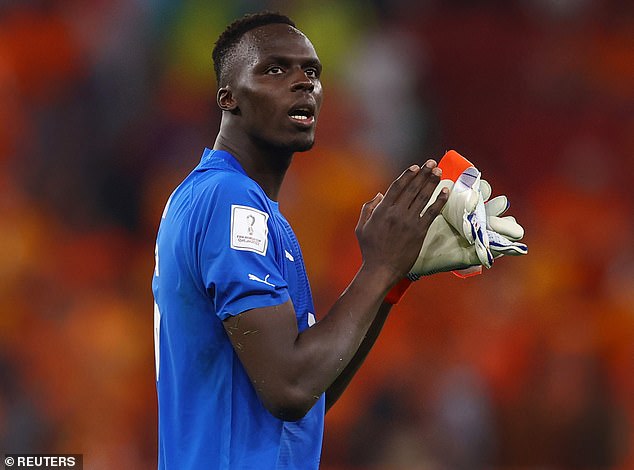 ‘He has my blind trust’: Senegal boss Aliou Cisse insists Edouard Mendy is STILL their No 1 goalkeeper – despite his error in Monday’s defeat against Holland – as Kalidou Koulibaly says Chelsea team-mate’s critics are ‘making a mountain out of a molehill’

Edouard Mendy carries the blind faith of Senegal boss Aliou Cisse and his team-mates as the African champions attempt to pile more misery on hosts Qatar.

Chelsea keeper Mendy was at fault for the first goal during the 2-0 defeat by Holland. Now they go head-to-head with the Asian champions on Friday, with survival in Group A at stake.

‘Edouard is doing very well, he has a steel resolve,’ said Cisse. ‘We chatted about the game. Edouard’s qualities speak for themselves. He has had highs and lows but he has my blind trust. He will be on the pitch.’

Kalidou Koulibaly also backed his Chelsea team-mate, who was the penalty shootout hero of Senegal’s Africa Cup of Nations triumph in February.

‘We play at the same club, we are brothers in arms for Senegal and we speak a lot together,’ he said. ‘He’s a very important player for us and it’s totally normal to go through difficult phases. I think we are making a mountain out of a molehill.

‘When a team loses, it’s not down to one player, it’s all of us, so we shouldn’t be making such a big deal about it. Edouard knows what he has to do and so do we – and we need everyone to get stuck in.’

Injured star Sadio Mane has been in constant contact with his team-mates since Senegal lost their opening game to the Dutch. ‘Sadio is always texting and calling,’ said Koulibaly.

Qatar became the first hosts to lose their opening game and are in danger of crashing out. 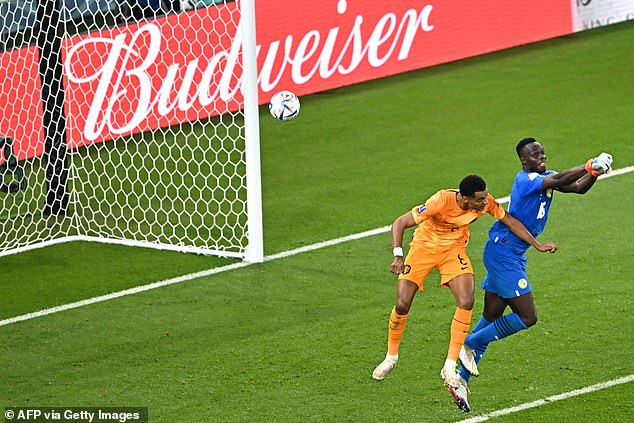 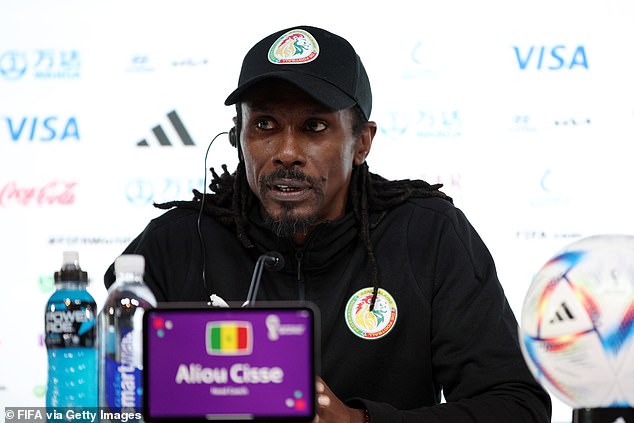 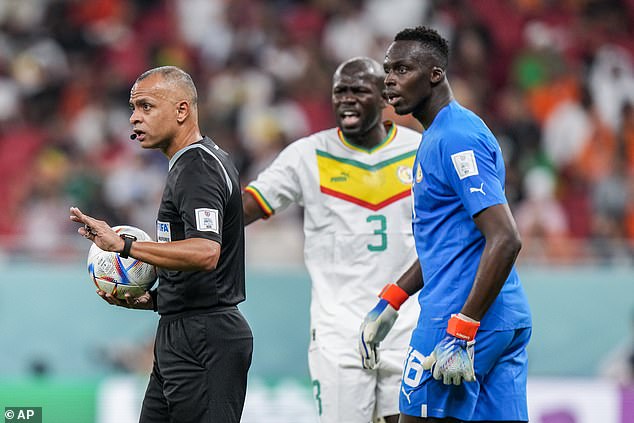 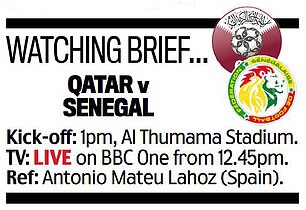 ‘We dream we are ready so that doesn’t happen,’ said their Spanish manager Felix Sanchez.

‘The statistics can be drawn how you want but we are a small country with a reduced population.

‘We think only of ourselves and our pathway. There was a long-term plan and I’m sure after the World Cup we will keep improving.’