Portugal’s 3-1 win over Turkey last week sounds comfortable, but they were fortunate the game did not go to extra time. Goals from Otávio and Diogo Jota gave Portugal a 2-0 lead at half time before Burak Yilmaz halved the deficit midway through the second half. Yilmaz had the chance to draw Turkey level from the spot with five minutes to go but fluffed his lines, hitting his penalty over the bar. Substitute Matheus Nunes wrapped up the victory for Portugal deep into injury time as Turkey chased an equaliser.

Portugal will welcome back João Cancelo on Tuesday after he was suspended for their semi-final win over Turkey. He is likely to take Diogo Dalot’s place in what may be Fernando Santos’ only change to the XI, with Danilo Pereira continuing alongside José Fonte at the back and Diogo Costa keeping his place between the sticks. Portugal have home advantage and Cristiano Ronaldo says he wants “hell breaking loose” inside the stadium.

North Macedonia sprung a massive upset when they beat Italy 1-0 in Palermo. Their goal endured an onslaught, as the European champions had 32 shots, but former Palermo forward Aleksandar Trajkovski struck in injury time to secure a momentous result that means Italy will miss out on a World Cup for the second successive tournament.

If North Macedonia qualify, this would be their first appearance at the World Cup. Blagoja Milevski’s side were without the suspended pair Eljif Elmas and Tihomir Kostadinov against Italy, though the duo should return to the midfield in Porto. Boban Nikolov was forced off against Italy and will be assessed. Bojan Miovski set up Trajkovski’s late winner and will be hoping to displace Milan Ristovski up front. Prediction: Portugal to qualify

Poland were given a bye following Russia’s disqualification from the competition by Fifa due to the country’s invasion of Ukraine. To warm up for this tie, they played a friendly against Scotland at Hampden on Thursday night. Krzysztof Piatek’s late penalty cancelled out Kieran Tierney’s opener in a 1-1 draw but the game came at a cost for Poland. Arkadiusz Milik and Bartosz Salamon both sustained knocks and have withdrawn from the squad.

Mateusz Klich is suspended, so Szymon Zurkowski may continue in the middle of the park. Wojciech Szczesny and Robert Lewandowski were both rested for the friendly in Scotland, but are expected to return. Poland have home advantage but they have lost their last six games against Sweden.

Sweden were taken to extra time by the Czech Republic in their playoff semi-final before Robin Quaison scored the decisive goal in the 110th minute. Jan Olof Andersson’s side had more possession in that 1-0 win but it was a fairly even affair.

Dejan Kulusevski sustained a nasty blow to his cheekbone, though it would be a surprise if the Tottenham winger were to miss out in midweek. Crucially, Zlatan Ibrahimovic and Emil Krafth both return following bans. Ibrahimovic is expected to start alongside Alexander Isak, with Kulusevski moving to the wing to accommodate the Milan striker. Marcus Danielson put in a solid shift at right-back against the Czech Republic and could keep his spot, despite Krafth’s return. Martin Olsson was forced off in the narrow win, and his absence should see Pierre Bengtsson start at left-back. Prediction: Sweden to qualify

Senegal and Egypt are facing off for the third time in two months. Senegal came out on top in the Africa Cup of Nations final at the start of February, but Egypt have the advantage in this tie after an own goal from Saliou Ciss gave them a 1-0 win in the first leg in Cairo.

Senegal will be without Abdou Diallo, who lasted just 14 minutes of the first leg last week. Pape Abou Cissé is expected to deputise at centre-back alongside Kalidou Koulibaly. Wholesale changes are unlikely for Senegal, who dominated the game in Egypt last week but could not find the breakthrough.

Egypt have some issues in defence. Centre-back Mohamed Abdelmonem, one of the stars of Afcon, is expected to miss out after he underwent surgery to fix a broken nose, and his defensive partner, Mahmoud Hamdi El Wensh, is suspended. Yasser Ibrahim and Mahmoud Alaa may start at the heart of the defence. Further up the field, Trézéguet should feature alongside Mostafa Mohamed and Mohamed Salah. Prediction: Egypt to qualify

Ghana huffed and puffed in the first leg on Friday night, but were unable to break down Nigeria and now travel to Abuja hoping to keep it tight and nick a winner. They have a good record against Nigeria, having won three and drawn two of their last five matches in the last 15 years.

Ghana’s interim coach Otto Addo may well put out the same XI for the second leg. Andre Ayew remains suspended, a huge blow. Abdul Issahaku is likely to line up alongside Jordan Ayew and Mohammed Kudus behind teenage striker Felix Ohene-Gyan as they seek to spring an upset.

Nigeria manager Augustine Eguavoen has plenty of options to call upon if required, with Ademola Lookman and Emmanuel Dennis – who has scored nine goals in the Premier League this season – both used from the bench last week. Francis Uzoho is likely to keep his place between the sticks for Nigeria as their regular goalkeeper Maduka Okoye is struggling due to illness. Prediction: Nigeria to qualify

Algeria missed out on the 2018 World Cup but they have one foot in Qatar after their hard-fought 1-0 win in Cameroon on Friday night in the first leg. They only need to avoid defeat at home to book a spot at the World Cup. It won’t be plainsailing though; they have only beaten Cameroon twice in their history.

Algeria manager Djamel Belmadi used a three-man backline in the first leg but may revert to a back four. That would likely see Djamel Benlamri drop out for Sofiane Feghouli, while Youcef Atal may also return to the starting XI.

For Cameroon, captain Vincent Aboubakar was forced off at the break last week, but the experienced striker is expected to start. Rigobert Song looks set to continue with a 4-4-2 setup, with Kevin Soni potentially starting on the right in place of Martin Hongla to provide an additional attacking option. Prediction: Algeria to qualify

It took Yoane Wissa just 12 minutes to fire DR Congo ahead in Kinshasa last week, but Tarik Tissoudali came off the bench and bagged an equaliser for Morocco, who also missed a penalty in the 1-1 draw.

Héctor Cúper took Egypt to the World Cup in 2018 and now he is trying to repeat the trick with DR Congo. He will be without Ngonda Muzinga, who was sent off on Friday night, so is suspended for the second leg. Merveille Bokadi came on for DR Congo in the first leg and is likely to start at left-back. Otherwise, Cúper will probably stick with the same players and the 4-4-2 system he used in the first leg.

Morocco boss Vahid Halilhodzic faces some selection dilemmas. Tissoudali will hope his equaliser earns him a place in the starting XI but it is not obvious who he should replace. Youssef En-Nesyri has gone 13 games without a goal for club and country, but Ryan Mmaee did miss the penalty. Otherwise, Morocco could be unchanged. They have a superb home record and will expect to be back at the World Cup, having also qualified in 2018. Prediction: Morocco to qualify

Mali have never qualified for a World Cup and they had the worst possible start to this tie on Friday, with Moussa Sissako having a personal nightmare. The Mali centre-back scored an own goal in the 36th minute and was then sent off shortly before the break. Nevertheless, despite playing the second half with 10 men, Mali still put in a solid shift and are only 1-0 down before the second leg.

Sissako’s suspension means Mamadou Fofana should start at the heart of the Mali defence alongside Boubakar Kouyaté. Moussa Djenepo was a half-time introduction in the first leg and the Southampton player may feature from the outset. Abdoulaye Doucouré lasted just 45 minutes of his Mali debut but the Everton midfielder is likely to keep his place.

Tunisia will probably be unchanged. The first leg was Jalel Kadri’s first game as Tunisia boss and his 4-3-3 system worked well. They have a great record at home and are strong favourites to reach back-to-back World Cups. Prediction: Tunisia to qualify 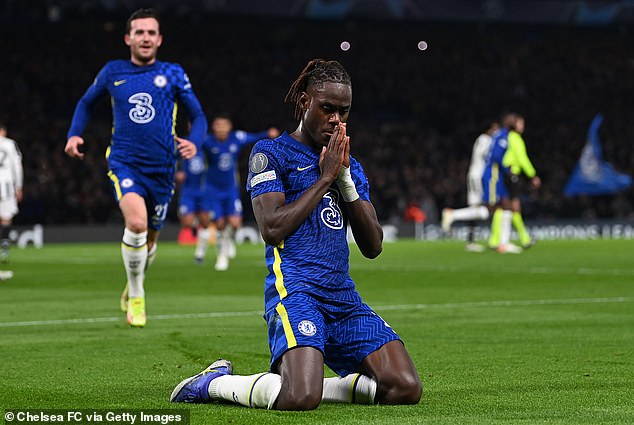