The story of Wolves’ season cannot be told properly in numbers. Otherwise it might appear Bruno Lage is doing a bad job, or at least the wrong job. After all, he was hired in the summer with a specific brief to make Wolves more swashbuckling, a bit like the Benfica team he inspired to success in 2018-19, when they won the Portuguese league with a record-equalling goal tally, scoring an average of more than three in every match. So far this season his Wolves team have averaged 0.76 goals per match, scoring just 13 goals in 17 Premier League matches – fewer than every other team except Norwich.

But Lage is doing well. He has made Wolves better: they are creating more clearcut opportunities, it is just that their finishing has often been awry and the chances are that will change. What Lage has not done is transform Wolves. That was not a realistic expectation in the short-term bearing in mind he has a small squad consisting mostly of players moulded by his predecessor, Nuno Espírito Santo.

What is more, a total overhaul was not desirable: Wolves did plenty of things well even in Nuno’s awkward final season. Lage has been shrewd enough to recognise what he inherited and what he could reasonably expect to change without a raft of new signings. Most impressively, although he says 80% of his coaching is on attacking, he has made Wolves more solid than ever.

The fear at the start of the season was that Wolves’ new emphasis on offence would leave their defenders exposed, especially to pace. But instead players who were tipped to struggle, such as Conor Coady and Romain Saïss, are excelling while Max Kilman has made the right side of Wolves’ back three his own, performing so well that Willy Boly, ill or injured for most of the season, has barely been missed and talk of an England call-up for the 24-year-old former Maidenhead United player is justified. Nélson Semedo has been excellent at right wing-back, while Rayan Aït-Nouri and Marçal have both enjoyed positive spells at left wing-back.

Here, however, the numbers do tell a story. Saïss has made more clearances than any other player in the league this season, and, according to Opta, he and Kilman more interceptions than all but two other centre-backs (Everton’s Michael Keane and Southampton’s Mohammed Salisu). Wolves have conceded fewer goals than any team outside the top three.

Last weekend Manchester City needed a lucky penalty to penetrate their defence and Liverpool did so only thanks to a 94th-minute rescue act by Divock Origi. That might not have been possible had Lage been able to introduce a naturally left-sided player after injury forced him to withdraw Aït-Nouri, who had been marking Mohamed Salah, in the 89th minute. Today at Molineux, Chelsea are unlikely to get any gifts.

One of the differences Lage has brought to Wolves is the number of analysis meetings he holds, to examine opponents and his own players. He brought two analysts with him, Jhony Conceição and Diogo Camacho, adding to those already at the club. He attributes his team’s defensive resilience partly to these meetings.

“I think it’s important when you finish training, exercises or games that you go as a group somewhere quiet [to analyse things],” he says. “The defenders have more meetings than the attackers. Every time we analyse the behaviour of the line and we discuss little things. It’s about trying to arrive at a place where the players feel comfortable doing things.

“We have meetings with the defenders, sometimes with the three centre-backs, sometimes with the line of five. Sometimes we look at individual questions such as where you put your body, your feet, your reaction or how you’re going to play against a forward who is right-footed or left-footed, whether he comes inside or outside. These little details we work on.

“One good example is Rayan. We work on him especially on individual positions so that he will be a better player. We know he can go forward and do a lot of things in the final third and create a lot of situations but he also needs to improve the way he defends.”

Another example is Coady, whose lack of speed could have made playing Lage’s high line problematic. Instead Wolves have worked to get their timing impeccable and Coady resists any temptation to drop back as he was accustomed to doing. “Instead of Conor being the cover for the other two, he now stays in the same line,” says Lage.

“We are working in that way so that he doesn’t need to be fast. They are working as a three together, respecting the line and spaces and they move together. When you try to stay in the same line, you can jump to press the guys between the lines.

“That’s why it’s so important the strikers also understand the moment of the team and the way we press. If they go and the midfielders go and there are spaces, it is very hard for the defenders to jump six, seven or eight metres to press the guy. If they are more compact and solid and as a team we understand which moment we press, it is better for everyone.” 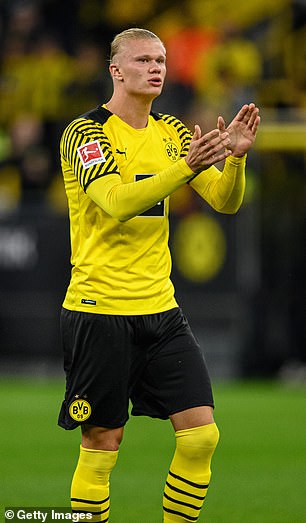