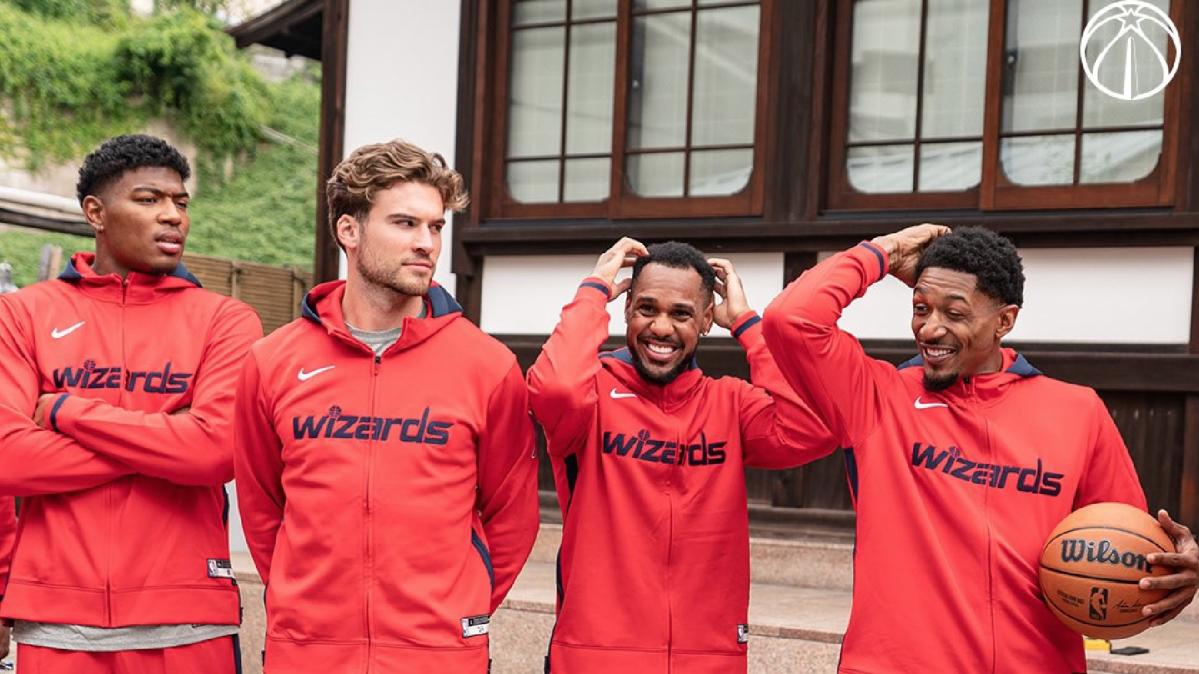 Before the Washington Wizards landed in Japan for a pair of preseason exhibition games this week, Kyle Kuzma noted that he wanted the experience to “mold” the squad and build camaraderie.

“We have a lot of familiar faces around but we have a bunch of new players that are gonna be big minute players for us,” Kuzma told NBC Sports Washington’s Wes Hall. “If we can start now, being on the same page, being cool, hanging out—I think that’s the most important thing.”

So far, those goals seem to have been realized.

The squad landed in Tokyo earlier this week and have taken the time ahead of their matchups vs. Golden State to meet and greet fans, tour the nation, and build chemistry. At the crux of the Wizards’ trip is the attention surrounding Rui Hachimura, who not only will hold a critical role in Wes Unseld Jr.’s rotation this year, but also carries with him a tremendous following in Japan where he was born.

“To see my country, my culture, it’s an amazing feeling,” Hachimura said as the team visited the Tokyo tower.

Washington was prepared for the massive swaths of media Hachimura would be exposed to while visiting his home country, which is why GM Tommy Sheppard made preparations to prevent burnout during the Japan trip. Hachimura’s following was evident in the form of a media gathering on Thursday:

The Golden State Warriors are enjoying their Japanese tourism as well, taking time to sign autographs for fans at the airport (much like the Wizards did), and even try sumo wrestling. Unlike long-range shooting, they’ll need a lot more practice at sumo: