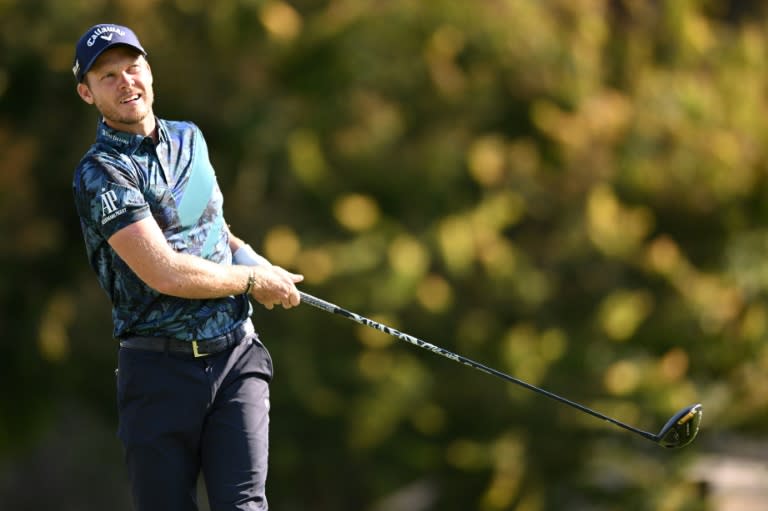 Danny Willett, seeking his first US victory since the 2016 Masters, fired a bogey-free eight-under par 64 Friday to join defending champion Max Homa atop the leaderboard in the PGA Tour season opener.

England’s Willett, whose eight DP World Tour titles include the Alfred Dunhill Links Championship last October, had eight birdies and was delighted to tour the Silverado Resort & Spa course without a bogey for the second straight day.

“Bogey-free is probably the most impressive,” he said after joining Homa on 12-under par 132.

“We’ve not hit it amazing, we’ve hit it really good and this place still kind of jumps up.

“The rough is hit and miss and with the greens being firm as they are to go bogey-free is really good.”

Willett got things going with a 26-foot birdie putt at the second hole. He left himself less than four feet for birdie at the sixth, drained a nine-footer at the eighth and a three-footer at the ninth.

But Willett said his favorite putt of the day was on 16, where his second shot hit a tree branch. He pitched on to six feet and made the straighr downhill putt for the par save.

Willett is teeing it up in Northern California trying to make the most of the PGA Tour card he was able to keep this season only after other qualified players departed to the Saudi-backed LIV Golf series.

“Yeah, we kind of got handed a lifeline with the guys leaving,” Willett said. “We kind of had to reassess things and decided we’d press on and play a little bit more this fall over here and really try to get some points up early.”

Homa powered into position to defend the title he won last year with a five-under par 67.

The victory was one of his two last season, and his defense is a warm-up for next week’s Presidents Cup match play showdown in North Carolina.

“The course fits my eye,” said Homa, who had an eagle and four birdies with one bogey.

His eagle came at the 16th, where he landed his second shot from the intermediate cut of rough 15 feet from the pin and rolled in the putt.

Overnight leader Justin Lower carded a one-under 71 to lie two shots off the lead, tied with South Korean An Byeong-hun, who carded a 68.

“Could it have been better? Yes,” Lower said. “But it definitely could have been worse as well.”