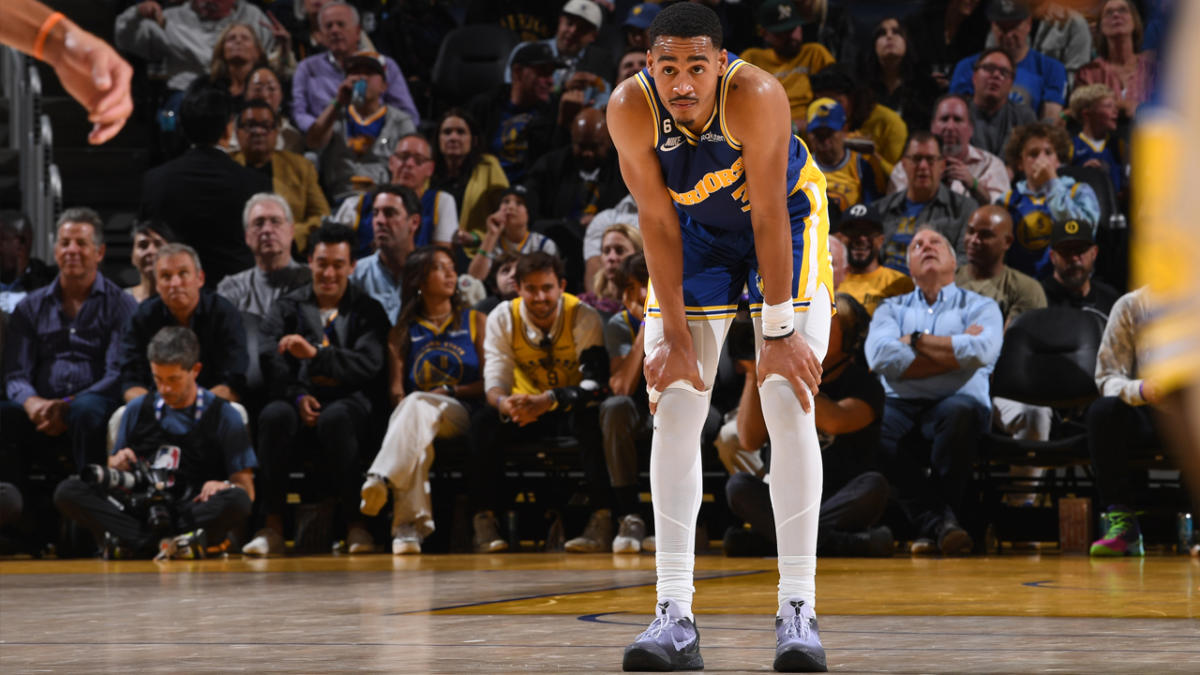 SAN FRANCISCO — Strength In Numbers quickly became Strength In Starters for the Warriors in their 128-123 loss to the Denver Nuggets on Friday night at Chase Center.

Steve Kerr saw the loss much more as a result of their defensive effort, or lack thereof. There’s no arguing that. The Warriors allowed 40 points in the first quarter. They overhelped and didn’t get back on defense. The Nuggets started off red-hot, and wound up shooting 53.5 percent from the field and 44.1 percent from 3-point range, making 15 of their 34 attempts from deep.

Still, the Warriors’ bench didn’t do them any favors. Combined, they were a minus-67 in plus-minus compared to Denver’s bench putting together a combined plus-63.

“The second unit stuff, that’s all going to shake out over these next few weeks,” Kerr said after the loss. “We don’t have a set rotation. We’re trying a lot of different people. That’s also affected by the minutes restriction of Klay [Thompson] and Draymond [Green]. That’s going to take a little while to sort out.

“I thought effort overall in the second half was what was lacking in the first. That’s what put us in trouble tonight.”

Jordan Poole, fresh off signing a four-year contract extension that can be worth up to $140 million, never got it going offensively. After his first stint off bench, he returned to the sidelines with a frustrated slap of his hands. At that time, he was scoreless and had already committed three turnovers.

While it wasn’t for a lack of playing time, getting 27 minutes, Poole scored only seven points. Three of those came from the free throw line. He took five shots and missed all three of his jumpers, including both of his shots from beyond the arc. His minus-20 was a game low, and he hit that mark just five times last season.

Through the first two games of the season, Poole has scored 19 total points while going 6-for-20 from the field and 2-for-11 on threes. Defenses aren’t surprised by him anymore. His breakout 2021-22 campaign has put a giant target on his back, and Kerr is focused on helping his 23-year-old star.

“They were putting a lot of pressure on him in the pick-and-roll,” Kerr said. “Denver did a really good job this offseason adding Bruce Brown and [Kentavious Caldwell-Pope] — two big, physical defenders in the backcourt. I thought they did a good job on Jordan.

“With our second unit, we’re still in the midst of finding an identity with that group and that will help Jordan. In the meantime, he’s gonna have a target on his back. That’s what happens when you get really good and win a championship and play like he did in the playoffs and sign a big contract. This is how it works.

“We’ll try and help him, and we’ll start finding an identity with that second unit. He’ll be playing with both groups, and he’ll be fine.”

Andrew Wiggins, who had his second straight big night fresh off his own contract extension, echoed Kerr’s words. He knows Poole very well could explode as soon as Sunday against the Sacramento Kings or Tuesday in Phoenix against the Suns.

“JP is a competitor,” Wiggins said. “He didn’t score a lot tonight, but he’s due for a big game coming up. I believe in him, everybody here believes in him and we know what he’s capable of, so I don’t think anyone is worried.

“I don’t think he’s worried. We have all the confidence in him. We saw what he did on the biggest stage. I know he’s going to be due for a big game soon.”

Perhaps the biggest puzzle Kerr is trying to figure out with the second unit is his wing depth at small forward. Do the early minutes after Wiggins go to Jonathan Kuminga or Moses Moody?

The trio of Kuminga, JaMychal Green and James Wiseman was a successful one in the preseason, and the coaching staff has wanted to see how it translated to the regular season. Those collective skill sets also clog up much of the offense.

Kuminga was held scoreless in the season opener, but used his athleticism to run the lanes and get two easy buckets early on Friday night. He didn’t score again, played only eight minutes and was a minus-10 in the loss.

Essentially, Kerr flipped Moody in place of Kuminga for the second half. Moody throughout the preseason was at the top of the pecking order when it came to the second unit. But he missed the final preseason game with right calf soreness and was the 11th player to log minutes when the Warriors beat the Los Angeles Lakers on Tuesday.

This time, he didn’t play a single second in the first half. He ended the night playing 13 minutes off the bench, more than five minutes more than Kuminga. Moody was the only Warriors bench player to end with a positive plus-minus. He was a plus-3 with three points (1-for-5 from the field, 1-for-4 from three) with one rebound, one assist and one steal.

“That group played pretty well in the preseason with JK and JaMychal and James,” Kerr explained. “So we wanted to give it a look. I felt at halftime, I think our coaches felt like we just needed more spacing with that group, so we went to Moses instead of JK. Moses came in and did a really good job.

“Again, we’re gonna be looking at different combinations and trying different things. Of course we’re not going to always be perfectly healthy. Guys are going to get their opportunity. We’ve got to find our identity as a team with that second group.”

The reality is, this is a deep Warriors team — one that can run at least 11 players deep. It also is a group that is a combined minus-95 through two games. That isn’t due to a lack of talent.

Two of the reserves — Green and Donte DiVincenzo — are fresh to the system. Poole still is learning his Sixth Man role. Kuminga and Moody are 20 years old and two games into their second pro season. Wiseman is 21 and now has played 41 games in the NBA.

RELATED: Draymond proves commitment to Warriors with effort in loss

What’s the point to all this? Give it time. As in more than two games.

“They had a rough night tonight,” Draymond Green said. “They will figure it out. They have been great all preseason. Not worried about it. As they continue to go, they will get better and better and be fine.”