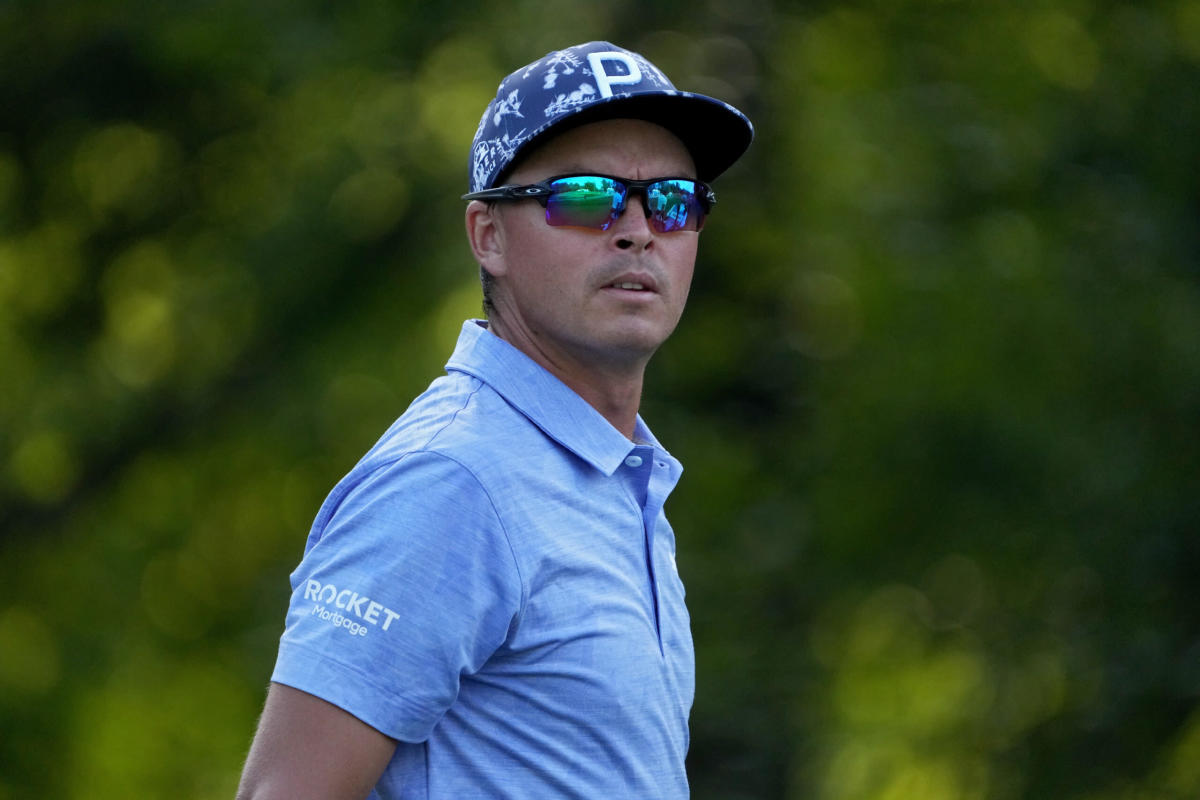 For the “Bubble Boys,” those trying to secure a berth in the 125-man field for next week’s first of three FedEx Cup playoff events, making the cut is job No. 1.

Consider it mission accomplished for the likes of Max McGreevey, No. 126 in the points standings heading into the Wyndham Championship at Sedgefield Country Club in Greensboro, North Carolina. McGreevey shot 67 in the second round of the regular season finale and has improved to a projected 122nd.

After finishing second at the Puerto Rico Open in March, McGreevy had made the cut in only four of his 19 starts before this week, and had missed the cut in six of his last seven events.

“I just had a lot of fun this week,” he said. “It’s been easier than it has been the last couple of weeks somehow, but just felt good, felt relaxed and feels good to finally get four rounds for a week.”

Chesson Hadley, who started the week at No. 121, made three birdies in a row en route to shooting 67, and last’s year Bubble Boy put himself in position where he might not need an ace or a final-round 62 to sneak into the FedEx Cup playoffs. He’s projected at No. 113.

Congrats to Brian Stuard, who ended a streak of 11 straight missed cuts. It couldn’t have come at a better time. He entered the week at No. 137 in the FedEx Cup point standings. He’s projected at No. 124.

Austin Smotherman, who started the week at No. 125, wasn’t so fortunate. He shot 76 in the second round to miss the cut and is projected to drop to No. 129.

Martin Trainer shot a second straight 67 and is currently projected 126th, otherwise known as the first guy out. But he still has two more rounds to improve his position and a positive attitude going into the weekend.

“I know what’s at stake, it’s no different than any other week. I mean, I think ultimately I know that I just need to do well,” he said. “Every time I play a Tour event I’m trying my best anyway, so I’ll just look at it as a curiosity, but ultimately it’s out of my control, so to speak. I’m just trying my best.”

U.S. Ryder Cup captain Zach Johnson also still has work to do over the weekend – projected at No. 136 – but has a chance after shooting 5-under 135.

“I’ve got a lot of work to do. Put myself in a position so I can at least make a run on the weekend,” Johnson said. “My focus is to win a golf tournament and the rest of it will take care of itself, but I’m in a position where I can do that.”

Play was suspended on Friday due to darkness with seven golfers still needing to complete the second round. Thanks to Chris Gotterup, who made bogey at 18, another 21 players will earn a paycheck this week. In all, 87 golfers from the field of 156 made the cut. It marks the most players to make the cut on Tour since the cut rule changed to low 65 and ties to start the 2019-20 season. It took a score of 1-under 139 to play the weekend, but Smotherman, who was at 1 under and faced a 12-foot birdie putt at No. 8 when play resumed on Saturday morning, isn’t one of them. He missed the putt and made double-bogey at nine, bursting his playoff bubble in the process.

Here’s a look at some of the notable players who were on the wrong side of the cutline.

Rickie Fowler reacts after missing a putt on the 18th during the first round of the Wyndham Championship golf tournament. Mandatory Credit: Nell Redmond-USA TODAY Sports

Fowler is in danger of missing the FedEx Cup playoffs for the second consecutive year. He entered the week at No. 123 but missed his second straight cut and is projected at No. 127. An opening-round 71 did himself no favors and 69 on Friday left him at a total of even-par 140.

Fowler made three consecutive bogeys starting at No. 11, his second hole of the day, before making four birdies in a valiant effort to make the weekend. It included lipping out a birdie chip at No. 7, his 16th hole of the day.

He’ll have to sweat out the weekend to see what other Bubble Boys do and whether that means his FedEx Cup playoff bubble bursts.

Fowler has no one to blame but himself. As noted earlier this week in our setup piece for the FedEx Cup regular season final, Fowler earned 162.5 FedEx Cup points thanks to a T-3 at the CJ Cup at The Summit Club in Las Vegas in his second start of the season. Since then, he’s collected just 161.5 points in 18 starts.

Harold Varner III of the United States walks from the 13th tee during the second round of the Wyndham Championship at Sedgefield Country Club on August 05, 2022 in Greensboro, North Carolina. (Photo by Dylan Buell/Getty Images)

The North Carolina native and East Carolina alum should have made it home in time for dinner on Friday.

HV3 shot a pair of 70s, but even-par 140 didn’t cut it this week; it got you cut. Varner had made the cut in 11 of his last 12 events. But he hit just five fairways on Thursday and ranked 139th in proximity (39 feet 9 inches). His putter was ice cold on Friday: He ranked 149th in SG: putting. But Varner entered the week at No. 58 in the FedEx Cup so he’s safely into the playoffs.

J.J. Spaun plays his shot from the second tee during the second round of the Wyndham Championship at Sedgefield Country Club on August 05, 2022 in Greensboro, North Carolina. (Photo by Eakin Howard/Getty Images)

Spaun, who started the week at No. 25 in the FedEx Cup standings, isn’t sweating out the top 125. The 31-year-old winner of the Valero Texas Open in April was trying to improve his chances to finish in the top 30 of the FedEx Cup and earn automatic exemptions into all four majors. It didn’t work out for him as he shot a pair of 71s to miss the cut and is projected to fall to No. 26.

Spaun ranked sixth in SG: Off the tee but struggled with his ball-striking, usually a strength of his game. He ranked 146th in SG: Approach the Green and was only 6 of 12 in scrambling when he missed the green in regulation. But he’s on to Memphis and is well positioned to go deep in the playoffs.

Harris English of the United States plays a shot on the 14th hole during the first round of the Wyndham Championship at Sedgefield Country Club on August 04, 2022 in Greensboro, North Carolina. (Photo by Eakin Howard/Getty Images)

English has struggled ever since returning at the Memorial from hip surgery earlier this year that forced him to miss nearly five months.

English opened with 69, but shot 74 on Friday to miss the cut for the fourth time in seven starts since his return. English’s stats paint an ugly picture but one area where he needs to improve is his scrambling. He got up and down just 3 of 12 times this week.

Danny Willett of England lines up a putt on the first green during the first round of the Wyndham Championship at Sedgefield Country Club on August 04, 2022 in Greensboro, North Carolina. (Photo by Dylan Buell/Getty Images)

Willett, who entered the week at 131st in the FedEx Cup standings, needed to make the weekend for starters but shot 75 on Thursday and bogeyed three of the first six holes on Friday to sit 8 over. He carded three birdies to shoot 70 but a 36-hole total of 5-over 145 didn’t get the job done.

Willett made a late-season effort to crack the top 125. He made three straight cuts, including his lone top-10 of the season, a T-7 at the 3M Open.

Matt Wallace of England putts on the 12th green during the second round of the Wyndham Championship at Sedgefield Country Club on August 05, 2022 in Greensboro, North Carolina. (Photo by Dylan Buell/Getty Images)

He lost more than 3.5 strokes to the field Tee-to-Green on Thursday. Four bogeys in a row on Friday did him in. For the Englishman, it marked the 12th missed cut in 21 events this season.

Webb Simpson plays his shot from the 13th tee during the second round of the Wyndham Championship at Sedgefield Country Club on August 05, 2022 in Greensboro, North Carolina. (Photo by Dylan Buell/Getty Images)

The Wyndham Championship has been Simpson’s personal annuity. The 2011 champion had recorded a top-10 finish at Sedgefield in seven of the last eight years. But not this year. He shot 1-over 71 on Thursday and made a sloppy double at the par-3 12th.  He was 1-over for 17 holes and 2-over for the tournament when play was suspended and Simpson, who had no chance of making the cut opted to withdraw. Simpson, who entered the week at No. 117 in the FedEx Cup, was hanging on for the playoffs. He’s projected at No. 123.

Kevin Kisner plays his shot from the 13th tee during the second round of the Wyndham Championship at Sedgefield Country Club on August 05, 2022 in Greensboro, North Carolina. (Photo by Dylan Buell/Getty Images)

The defending champion of the Wyndham Championship was headed for a missed cut when he withdrew during Friday’s suspension of play for weather. Kisner had one hole to play and was 6-over for the tournament.

Hitting 5 of 14 fairways in the first round made it difficult for Kisner to hit more than 11 greens and he was just 3 of 7 in scrambling. His putter was no help either: he ranked 126th in Strokes Gained: Putting and lost more than a stroke to the field on the greens.

That makes six missed cuts in Kisner’s last eight starts, and he finished the regular season having missed the cut in half of his 22 starts.

Austin Smotherman watches his tee shot on the 18th tee during the first round of the Wyndham Championship golf tournament. Mandatory Credit: Nell Redmond-USA TODAY Sports

Smotherman started the week on the hot seat at No. 125 in the FedEx Cup standings. He got off to a flying start, a bogey-free 5-under 65, while leading the field in proximity and Strokes Gained: Tee to Green.

But Friday was a different story. The 28-year-old Tour rookie made six bogeys and two birdies in 16 holes before play was suspended. When play was suspended due to darkness, he faced a 12-foot birdie putt on his 17th hole. He had to sleep on the fact that he was going to need a birdie or some help to make the cut. Smotherman missed the putt, but only needed a par at his final hole since Chris Gotterup made bogey to drop to 1-under. However, he made a double bogey to shoot 76 and missed the cut at 1-over. He is projected to slip to No. 129 and miss the playoffs.

PGA back at Southern Hills as Mickelson debates a return 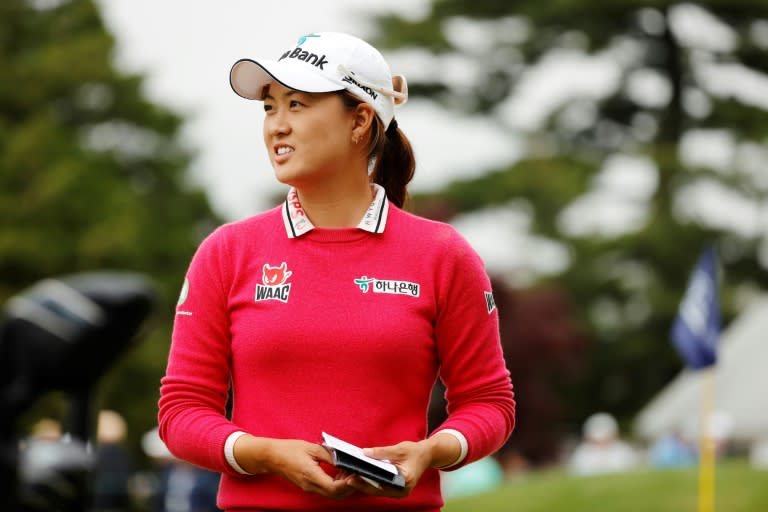 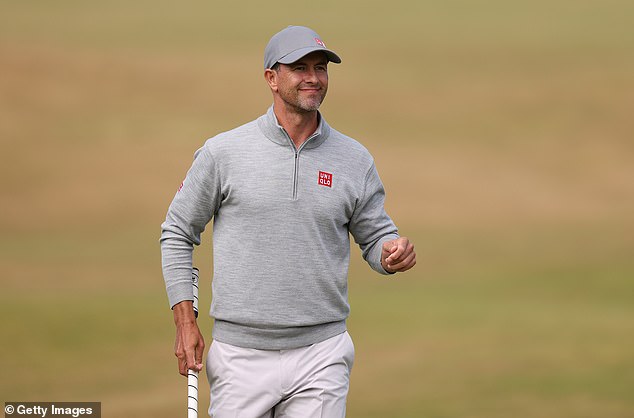 The Open: Adam Scott surges up the leaderboard at St Andrews