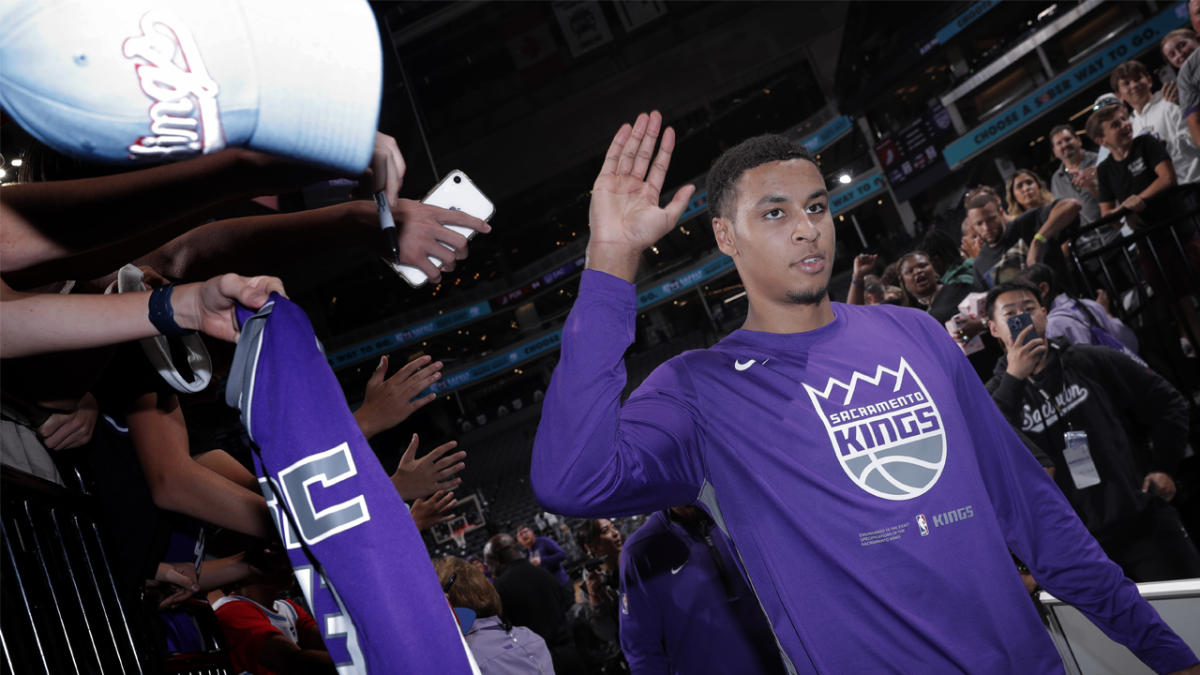 With Keegan Murray set to make his NBA debut Saturday night, the Kings rookie has a long list of legends he’s most looking forward to playing against in his first year.

“Just everyone,” Murray told NBC Sports California’s Kyle Draper last month at Kings media day. “I mean, all the Hall of Fame guys you see on TV … No one specific.

“You see the LeBron James, the James Hardens, the Kevin Durants, those kind of guys. Just guys you look up to growing up as a kid. I think that’s what I look forward to, just competing against them.”

After missing Sacramento’s 2022-23 NBA season opener Wednesday night due to a bout of COVID-19, the No. 4 overall draft pick cleared the league’s health and safety protocol Thursday and practiced Friday.

The next day, the Kings officially announced the rookie will get his first taste of regular-season action against the Los Angeles Clippers in front of a home crowd on Saturday night at Golden 1 Center.

Murray already has experienced the thrill of guarding James once, as he was tasked with the difficult assignment in the Kings’ Oct. 3 preseason win over the Los Angeles Lakers. The 22-year-old was up for the challenge, posting a game-high 16 points on 7-of-11 shooting with six rebounds, two steals and one assist.

At the time, Murray called the moment “surreal.” And in speaking with Draper, Murray revealed why that description was so fitting when he explained how he was a big fan of James growing up.

“In ‘06, I had a [James] Cleveland Cavaliers jersey,” Murray said. “I got gifted it, and he’s just been my favorite player ever since.”

Murray stuck with James as a fan even when the four-time NBA champion left Cleveland to play for the Miami Heat, he told Draper. But these days, Murray prefers to rock Kings purple — though he still has his James jersey.

“It’s somewhere in the storage room,” he said.

As he prepares to face those he has looked up to for so long during the regular season, Murray knows he never would have reached such a milestone if it weren’t for one thing: Himself.

Plenty of good things are happening for Murray, and it will be Paul George and Co. that he faces in his first regular-season game.

And as he hears his name announced, the moment certainly will be symbolic of all the hard work Murray has put in to get there.