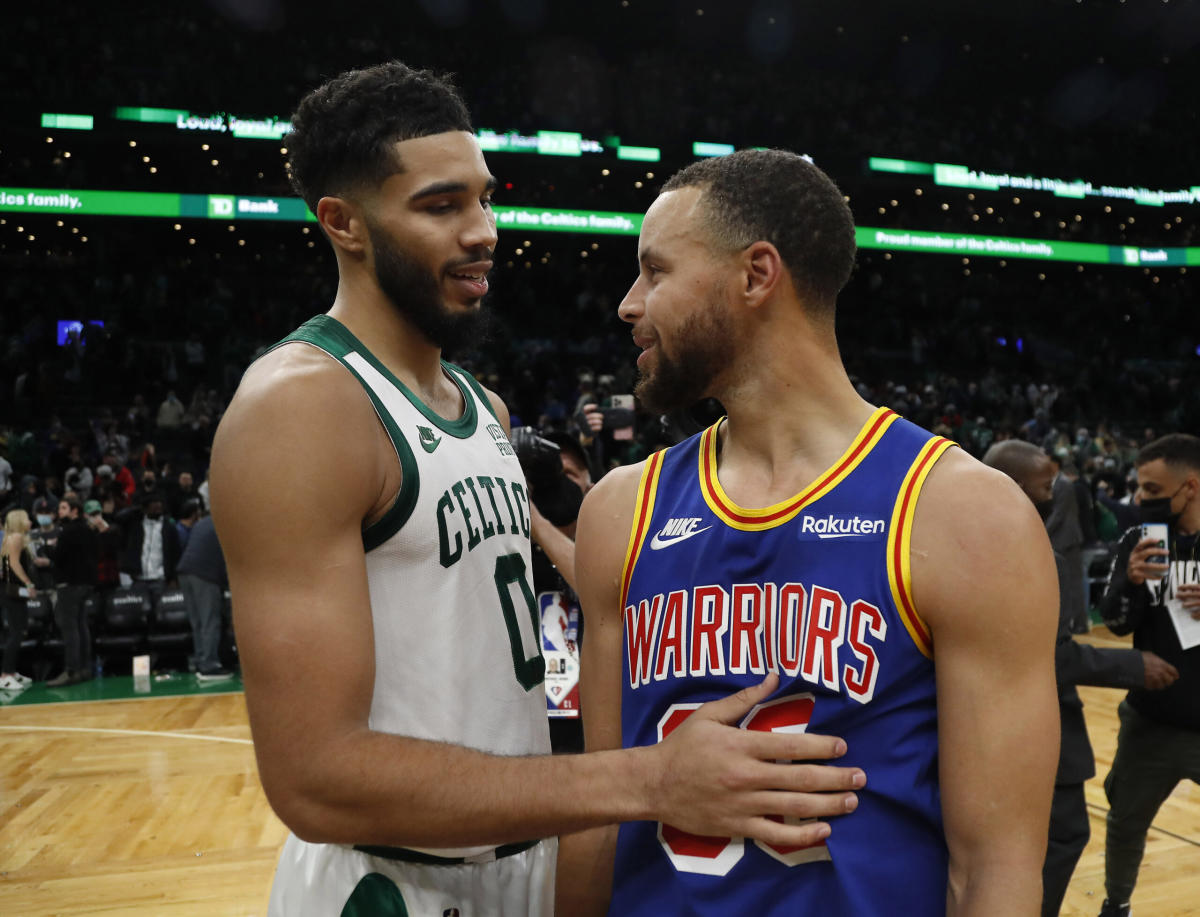 Not too long ago, it might have sounded like an absurdly easy-to-answer question, but after the duo ran into one another in the 2022 NBA Finals, the question of who is the better player between superstar Boston Celtics forward Jayson Tatum and future Hall of Fame point guard Stephen Curry is starting to gain some traction.

Some of that is due to the red-hot start of the St. Louis native as he guides the Celtics to an amazing start to their 2022-23 season. Some is probably due to the struggles in the early going of the same campaign being faced by the Golden State Warriors in spite of Curry’s brilliance.

But all that said, who is the better player?

Take a look at the clip embedded above to hear what the host of the eponymous “Hoops Tonight with Jason Timpf” has to say about the answer to that question.

Is there a better duo of star players in the NBA right now than the Boston Celtics’ Jayson Tatum and Jaylen Brown?

See also  It's Hartenstein time in the Big Apple