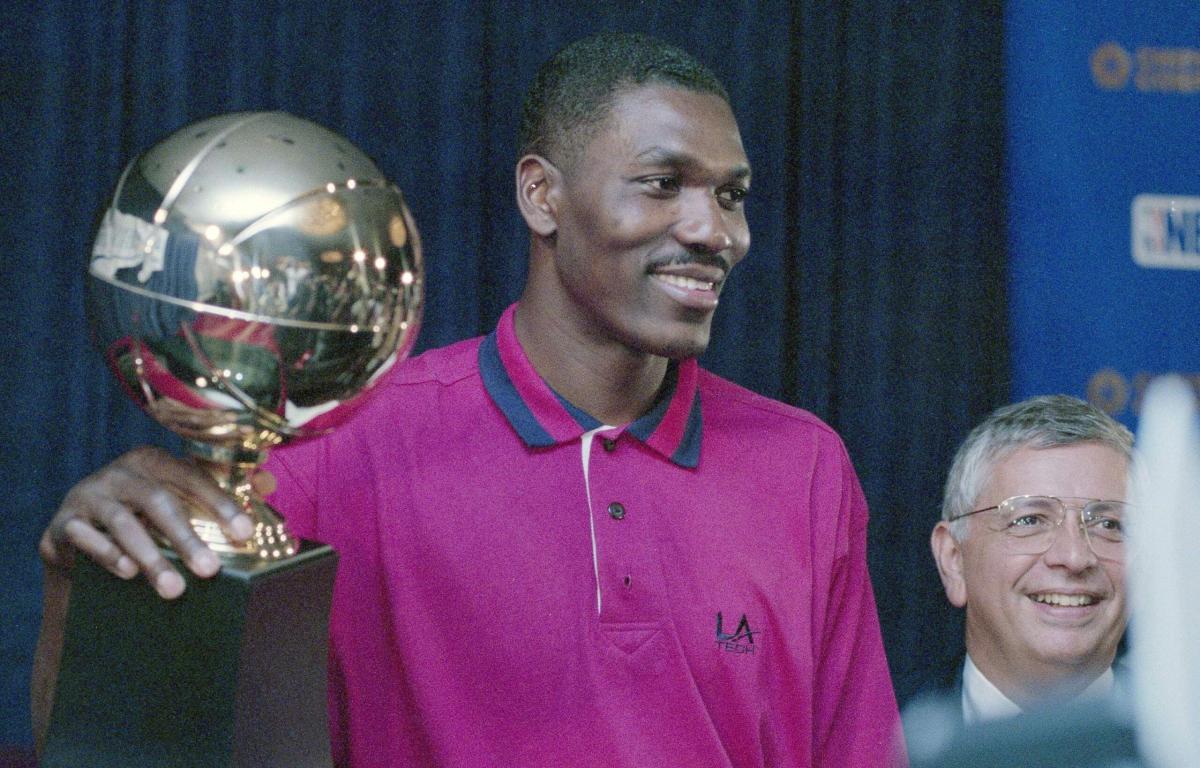 Edition one of the HoopsHype 75 went well enough that many people liked it better than the official NBA one, so our sister publication is doing another round. The catch is that they’re adding another player to make it a 76-deep list, since this is the league’s 76th season.

The main difference between this list and the official NBA75 one is that HoopsHype is giving modern-era players their flowers, to a larger extent. Egregious omissions from the official list, such as Dwight Howard and Pau Gasol, easily made it onto this ranking.

As was the case last year, HoopsHype held a team vote with the opinions of eight staff members, removed the highest and lowest rank for each, and awarded points from 76-1 for the rest.

Scroll on to see where former Houston Rockets were ranked, along with voting details, player accolades, and analysis from HoopsHype. You should check out the full HoopsHype list for all 76 updates.

Share of the vote: 88.33 percent of the maximum amount possible

The first international player on the list, Hakeem Olajuwon was one of the greatest big men ever, and he competed and produced at an elite level on both ends of the floor with outstanding low-post moves and defensive skills to match. Olajuwon ranks first in blocks on record, though there’s a bit of an asterisk on that because they didn’t keep track of those before 1973-74. Also, he is the only player to rank Top 14 in four different major statistical categories: points, rebounds, blocks and steals.

Share of the vote: 80.0 percent of the maximum amount possible

Perhaps the most underappreciated superstar ever, Moses Malone was as dominant as it gets at the center spot with physical toughness as a rebounder, leading the league in nightly boards an astounding six times, including once at 17.6 rebounds per game. Malone was also a monster scorer in the paint, using his brute strength to batter smaller foes down low. Many consider Malone the greatest offensive rebounder the league has ever seen, as his timing and instincts to chase boards on offense were second to none.

Share of the vote: 67.50 percent of the maximum amount possible

The Round Mound of Rebound, Charles Barkley was extremely unique not just for his outspoken personality but for his dominance down low despite being generously listed at 6-foot-6. He was a beast on the glass and as a scorer thanks to his absurd strength and explosiveness in his prime. Barkley never got the ever-elusive ring, but he’s still one of the all-time greats at power forward.

Share of the vote: 65.0 percent of the maximum amount possible

Arguably the greatest Robin in league history, Scottie Pippen was a fierce defender with freakish physical attributes, including long arms and extremely quick feet, who would absolutely stifle opposing stars. Pippen was at his best as a slasher and transition scorer but could also create for teammates at a high level, making him a point forward ahead of his time.

Share of the vote: 63.95 percent of the maximum amount possible

The Point God, Chris Paul is one of the steadiest floor generals in NBA history, capable of acting as a head coach on the floor, getting teammates into the right spots, destroying opponents out of the pick-and-roll and scoring at a high level when needed thanks to his unreal touch as an off-the-dribble scorer in the midrange. Only thing still missing from his legacy is a ring, but he’s a first-ballot Hall-of-Famer with or without one.

Share of the vote: 56.04 percent of the maximum amount possible

An excellent scorer on the wing, Rick Barry may be best remembered these days for his granny-style free-throw shooting, but he was so much more than that, as he could handle the ball at 6-foot-7, shoot off the dribble or around the rim and do a bit of everything else well, including rebound and create for others.

Share of the vote: 54.37 percent of the maximum amount possible

James Harden already has a Hall-of-Fame resume thanks to his unreal scoring ability and playmaking. His crossover and stepback jumper have made him impossible to slow down when he gets going, as does his strong shoulder on drives to the rim. He has a chance to add to his legacy in a major way over the coming years. However, he’s starting to run out of time to accomplish that as Harden, now 33, is starting to make it an impossible-to-ignore habit to fall short in the playoffs. 2022-23 will be a great chance for him to change that, though, as the 76ers are stacked and Harden will have the opportunity to lead the team on a deep playoff run.

Share of the vote: 54.37 percent of the maximum amount possible

An old-fashioned big man who was really strong and aggressive, especially on defense. Elvin Hayes also had a masterful post game with a trademark turnaround jumper that he’d go to when he was defended by taller players. Hayes was called the Bionic Man because he was relentless, rarely missing a game until he was 38.

Share of the vote: 46.87 percent of the maximum amount possible

One of the best 2-guards ever, Clyde Drexler was a fantastic scorer, rebounder and playmaker for his position, while also using his athleticism well defensively.

Share of the vote: 39.79 percent of the maximum amount possible

One of the most energetic players the NBA has ever seen, Russell Westbrook is absolutely tenacious every minute he’s on the floor, often fighting off bigger opponents for rebounds and flying down the floor in transition to throw down monstrous dunks. Of course, as is the case with basically every player, age is starting to affect the former triple-double machine, and that athleticism and energy level are starting to dwindle as Westbrook’s effectiveness pales in comparison to what they used to be.

Share of the vote: 36.45 percent of the maximum amount possible

One of the smoothest scorers in the wing the league has ever seen, Carmelo Anthony has become renowned for his jab step in the mid-range, but he had many more moves than that. Melo also liked to bully smaller defenders and hit them with turnaround fadeaways.

Share of the vote: 22.08 percent of the maximum amount possible

At one time, Dwight Howard was the best big man in the NBA, an era that lasted for multiple seasons during his time with the Magic. Howard was an awe-inspiring athlete for his size, who would often sky for rebounds, to block shots or to finish alley-oops. Now in the late stages of his career, Howard is already Top 10 in rebounds and could soon crack Top 10 in blocks too.

Like Gasol, Howard was another glaring omission from the NBA75 list despite being a Top 10 rebounder ever, ranking 13th all-time in blocks and having three Defensive Player of the Year awards. But that might have to do with him not being that well-liked by coaches and teammates during his time in the league.

Share of the vote: 9.79 percent of the maximum amount possible

A more impressive playoff career (he never made it out of the first round in his prime) could have greatly changed where Tracy McGrady finished in this ranking, as could have more longevity. But at his peak, McGrady was one of the most explosive and productive do-everything wings in basketball, one who would have dominated in the modern NBA.