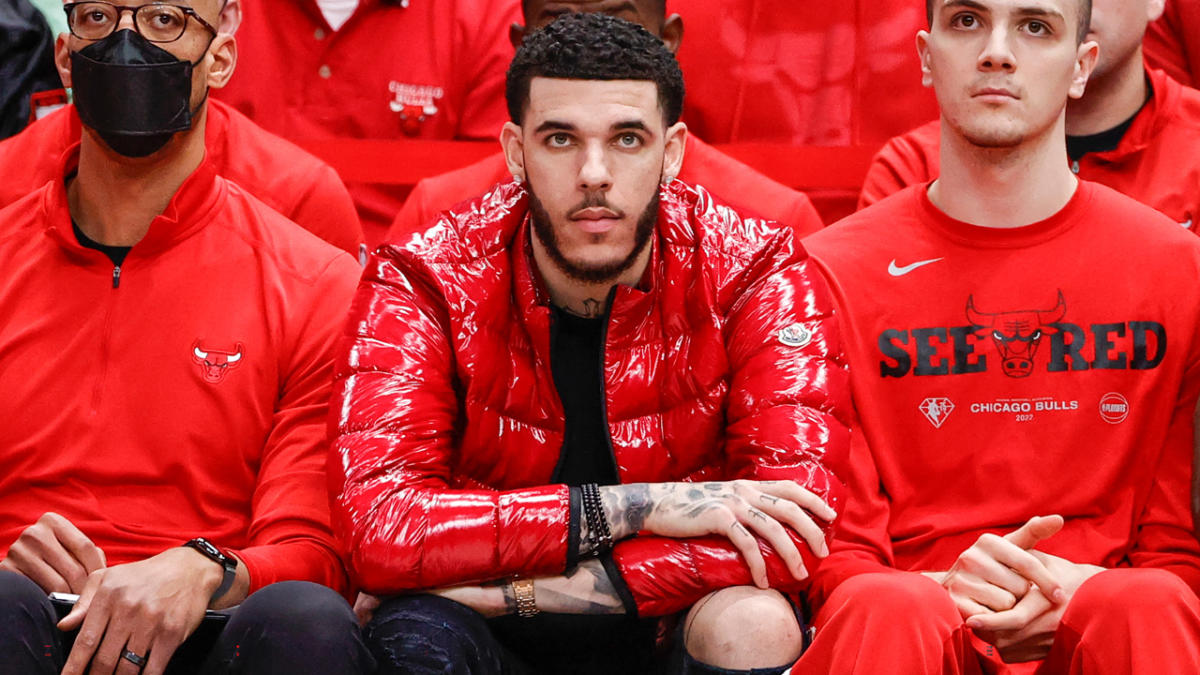 Throughout this week, NBC Sports Chicago will look at four of the biggest questions facing the Chicago Bulls as they begin training camp.

First up: When will Lonzo Ball be healthy?

When a dejected but determined Lonzo Ball faced reporters in April following his end-of-season exit meeting with management and the coaching staff, he vowed to “do whatever I gotta do to come back and be ready to play the full 82 (games) next year.”

Ball has visited specialists to try to get to the bottom of intermittent, yet persistent, discomfort in his left knee. He has rehabilitated. He has rested.

And while progress has occurred, it hasn’t been linear. Ball’s situation is fluid.

But Ball’s goal of playing all 82 games, which would be well past his career high of playing in 63 of the 2019-20 New Orleans Pelicans’ 72 games, is unlikely.

There’s a reason the Bulls haven’t officially and publicly put a timeline on Ball’s return since he blew past their initial one of six to eight weeks way back in January. That’s when Ball underwent arthroscopic knee surgery to repair a torn meniscus.

They don’t know when he’ll be back. Some days when Ball works out, everything seems fine. Others, discomfort flares again.

The subplot to this story could be: Who will be the starting point guard when the Bulls begin their season on Oct. 19 in Miami? This is where the Bulls’ backcourt depth comes into play.

Ayo Dosunmu started 40 games last season and, by all accounts, had a monster offseason in which he grew significantly stronger. Alex Caruso started 18 of his 41 appearances last season and followed through on his vow to add muscle to his lower extremities.

The Bulls also signed veteran Goran Dragić, 36, who looked spry during strong play for Slovenia at the recently concluded EuroBasket tournament. And there is the oft-overlooked Coby White, who started 17 games last season and spent some time with longtime mentor Chris Paul during the offseason.

The Bulls have options if Ball can’t answer the bell.

But nobody on the roster can duplicate what Ball brings. An easy argument can be made that he’s the most fully evolved two-way player on the roster.

From his ability to disrupt and read plays to his quick hands and ability to get deflections, Ball is a persistent pest on defense. His point-of-attack defense and positional size disrupts pick-and-roll actions and strengthens team defensive principles behind him.

See also  Storylines to watch as Sixers go for sweep

Offensively, Ball is one of the best in the league at pushing the ball upcourt via the pass. When healthy, he also can do so via the dribble with speed and sound decision-making. Coach Billy Donovan acknowledged the team played slower when Ball, who appeared in just 35 games, didn’t play again after his January surgical procedure.

Ball also shot a career-high 42.3 percent from 3-point range on high volume of 7.4 attempts per game. His ability to keep defenses honest and help space the floor for DeMar DeRozan and Zach LaVine is crucial to the offensive scheme, particularly for a team not loaded with 3-point shooters.

If needed, the Bulls can weather Ball’s absence in the short-term. But management banked on continuity and improved health for this season’s Bulls to reach their full potential.

Ball’s situation is all too painfully familiar for Bulls fans, a point guard hoping his health improves so he can unleash his unique skill set once again.