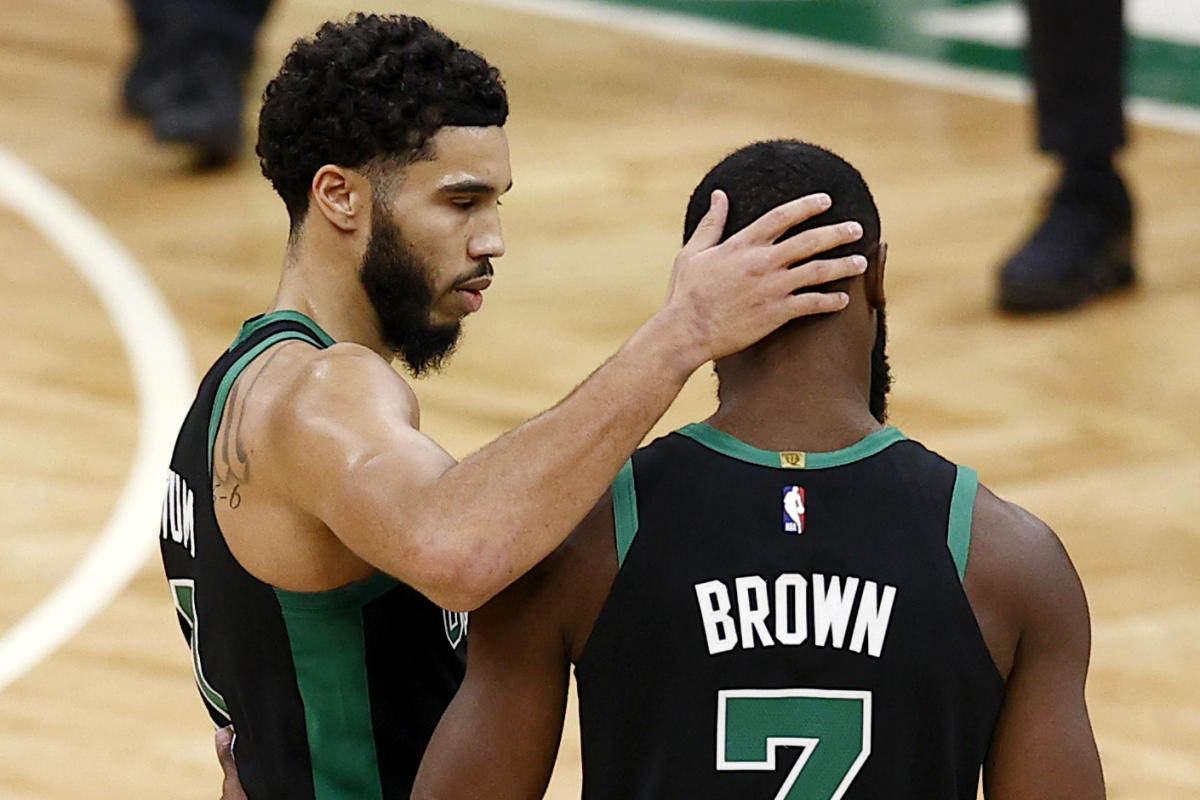 What do Boston Celtics star wings Jaylen Brown and Jayson Tatum need to do to succeed this season in the absence of head coach Ime Udoka?

After a scandal rocking the organization seemed to come out of nowhere on the heels of bad injury news about veteran swingman Danilo Gallinari and starting center Robert Williams III, the situation looked a little bleak in Boston.

But with seven players ranked in the league’s top 100 players on the roster and six who should be healthy on opening night, it is not out of the question that the team can succeed if the principles instilled by Udoka stick without him being present.

NBC Sports Boston’s Amina Smith and Chris Forsberg linked up with the Boston Globe’s Gary Washburn to talk over what the Jays need to succeed this season with Udoka on the bench.

Take a look at the clip embedded above to see what they had to say about Boston’s situation moving forward.

Report: Boston Celtics may be without big man Robert Williams III until 2023

Celtics Lab 143: What we know (and what we don’t) about the Ime Udoka situation

Every player in Boston Celtics history who wore No. 19

Opinion: In the wake of the Udoka affair, NBA coverage is in need of an overhaul