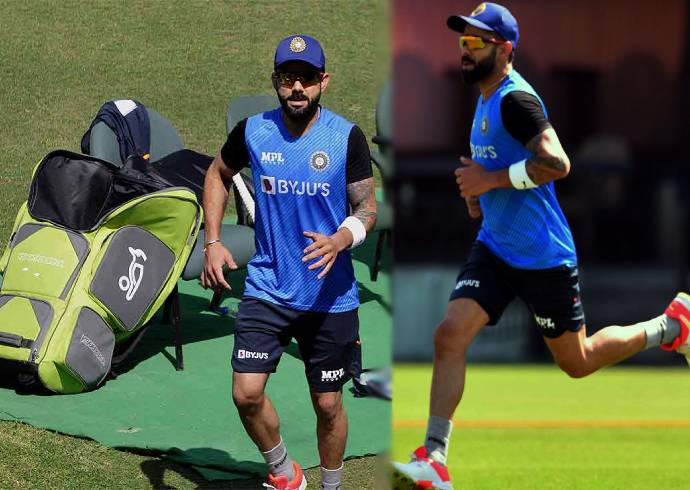 He has already started batting at the nets. Kohli who since November 2019 is waiting for his first international hundred underwent a light training session with the rest of the Test team members.

After the series-winning second T20I against the Caribbean side in Kolkata, both Kohli and Pant were given a 10-day break, following which they left the Indian team’s bio-bubble.

They were rested for the three-match rubber against Sri Lanka.

Rohit Sharma, Jasprit Bumrah & other test squad members involved in T20 Series in Dharamshala will arrive in Mohali in afternoon.

India vs Sri Lanka Mohali Test – Virat Kohli gearing up for 100th Test: Kohli so far has amassed 7962 runs in 99 Tests at an average of 50.39 with 27 tons to his name. But is waiting for a international ton since last 28 months now.

The champions batsman can make Mohali test really memorable & extra special if he breaks the century drought in his 100th test.

List of Players who have played 100 Test matches for India

INDIA SL Mohali Test – Virat Kohli 100th Test: The PCA had on Saturday announced that the opening Test will be played behind closed doors.

The second Test in Bengaluru, which incidentally is a day-night affair will be open for crowds at 50 per cent capacity.

The PCA is also gearing up its preparations to felicitate the legendary batsman during the first Test for achieving 100 test landmark.