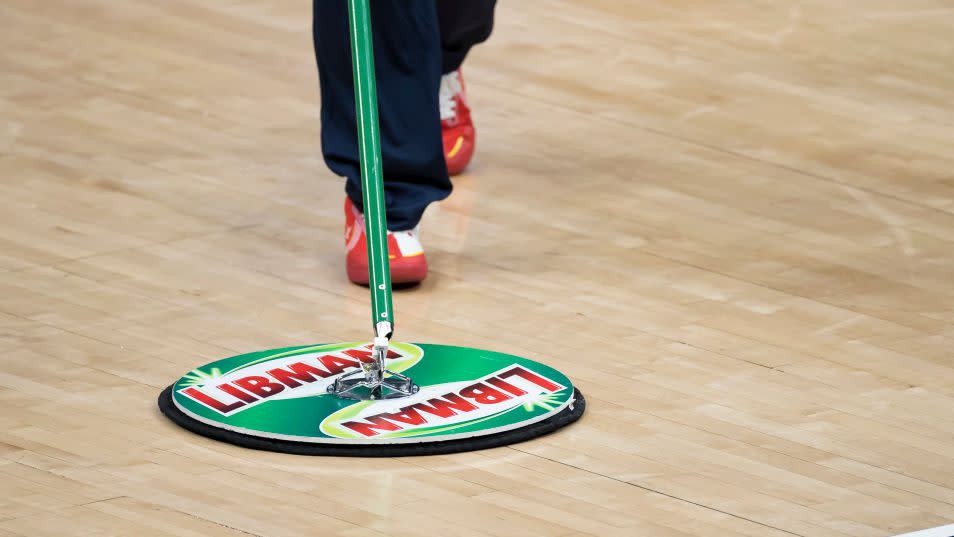 Rule No. 1 for the mop crew that runs out to dry the floor while the teams are at the other end of the court? Never turn your back on the play.

Which is exactly what this Oklahoma City crew did, so when Jordan McLaughlin got the steal and went in for the lay-up, he was blocked.

A search of the NBA rule book does not appear to cover this situation, although the referees treated the mop crew like a part of the play (as are the referees if the ball hits them). The players kept on playing, too.

Those mop crews are out on the court dozens and dozens of times a game, drying the floor with the sweat from players that could lead to a player slipping and getting injured. This was just a fluke incident.

The Timberwolves were up 16 at the time of the incident and went on to cruise to a 138-101 win over the Thunder. That mop guy may have played the best defense of anyone on the Thunder all night. 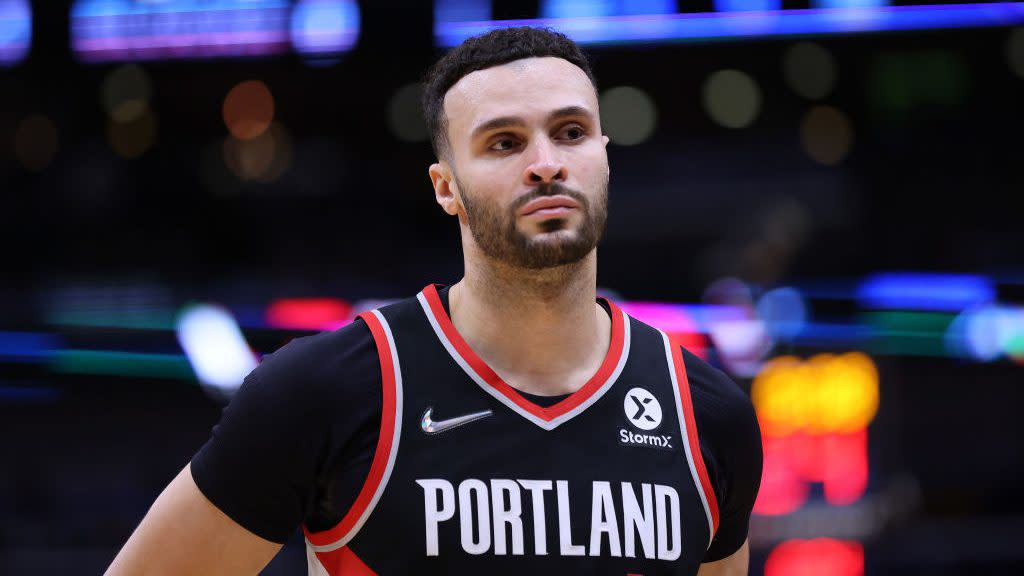 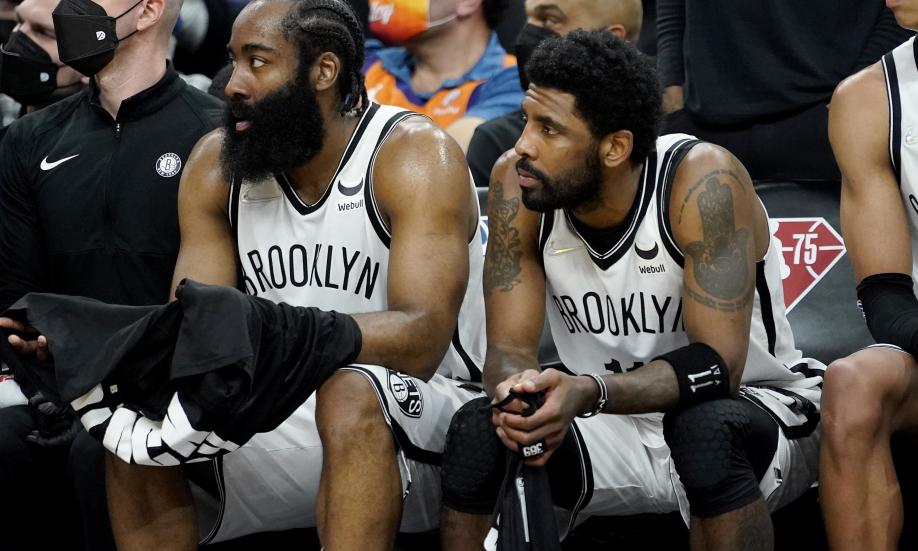 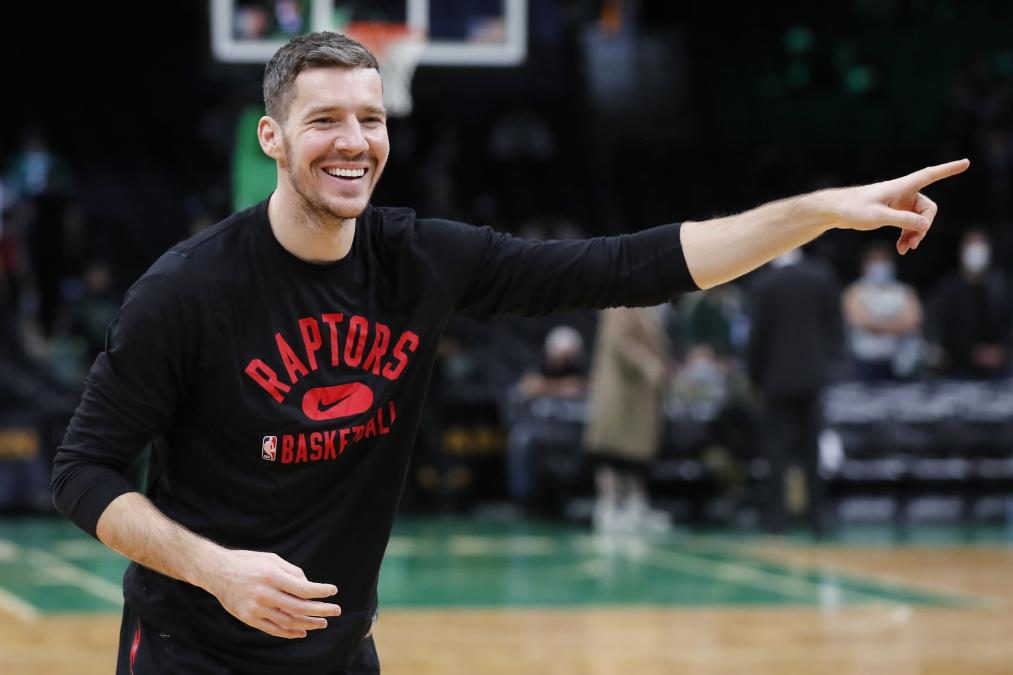 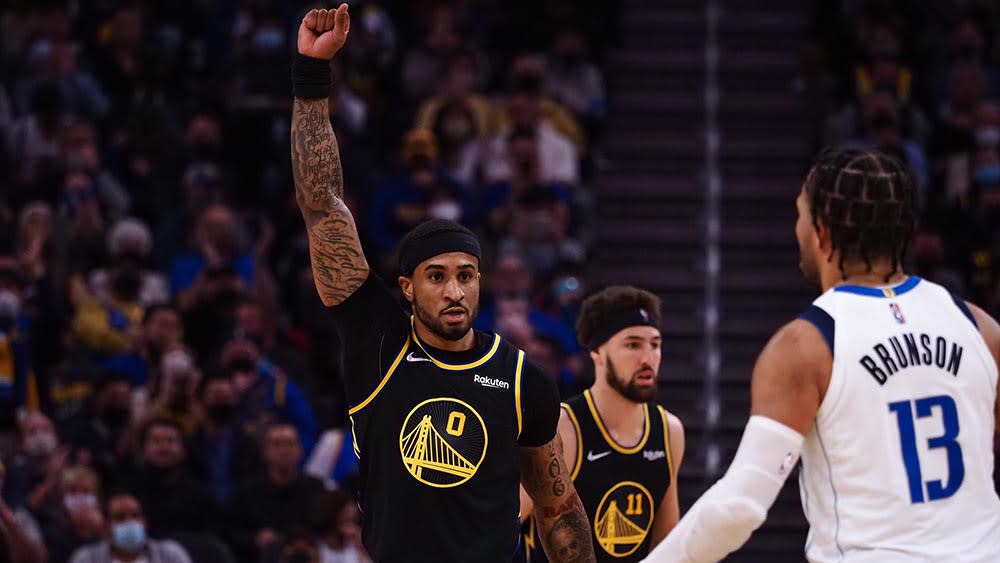