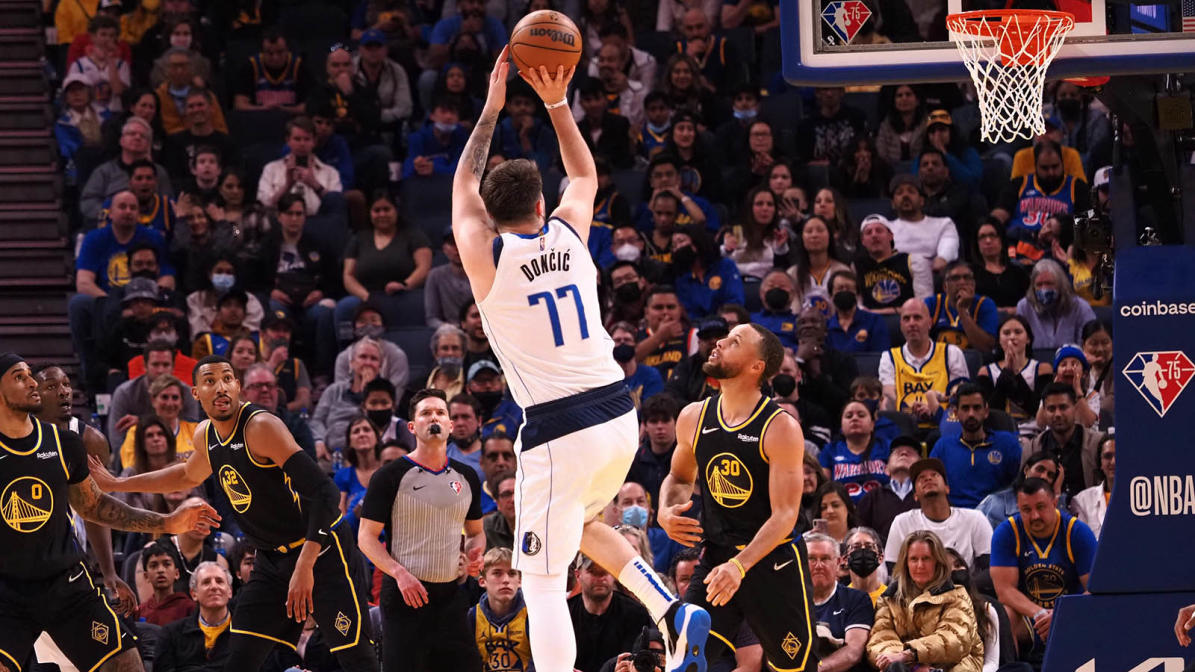 SAN FRANCISCO — Players, coaches, fans and the media all had the same reaction when the final buzzer rang Sunday night at Chase Center, for the second straight Warriors home game.

What the hell was that fourth quarter?

If only the answer was that easy after a 107-101 loss to the Dallas Mavericks, that followed a similar script as their home loss to the Denver Nuggets going into the All-Star break. The Warriors pointed to their missed shots in the fourth quarter leading to bad defense. On both sides of the ball, the game spiraled out of control until the spiral unwound into an ugly L.

It felt like this couldn’t really happen again, or at least that was my hope while frantically deleting and re-writing yet another game story. Thanks, guys.

A game that had so much promise with the Warriors’ hot 37-24 start in the first quarter was nothing more than a hot mess. Let’s have the numbers do the talking, no matter how much one might want to close their eyes, turn their head and wish this didn’t happen.

The reminder isn’t necessary, so here are a handful of numbers that help tell the story.

The Warriors at one point led by as many as 19 points in the fourth quarter before losing by six. That’s the largest lost fourth-quarter lead by any team in the NBA this season, according to NBA Stats & Info.

Here’s another one for you: The Warriors went into the second quarter with a 13-point lead. They were outscored by 19 in the final three quarters.

Golden State’s largest lead of the game was when they went up by 21 in the third quarter. Going into Sunday night, they had won 62 straight regular-season games when leading by at least 20 points. Not anymore.

This was their first regular-season loss when leading by at least 20 points since Nov. 14, 2007. The Warriors’ starting five that night was Baron Davis, Kelenna Azubuike, Matt Barnes, Al Harrington and Andris Biedrins.

Home-court advantage became as real as ever when the Warriors turned their old Oracle Arena home into Roaracle, and Chase Center has been nothing but home sweet home for the Warriors this season. Except for their last two contests here in San Francisco.

Sunday marked the first time the Warriors lost back-to-back home games all season. They’re now 26-7 at home, which still gives them the NBA’s best home record. Golden State now has just eight home games left and don’t play inside Chase Center again until March 8 when they get back from a four-game road trip.

Surprisingly enough, the Warriors actually made their first shot attempt of the fourth quarter. Not even 30 seconds into the final frame, Otto Porter Jr. drained a 25-foot 3-pointer. They then went 1-for-14.

Here’s the visual proof of what the Warriors’ fourth-quarter shot chart looked like compared to the Mavs. You can guess which team is which.

As the Warriors went 5-for-21 from the field in the fourth and 2-for-11 from long distance, Dallas turned Golden State’s defense into Texas toast and shot 12-for-19 and made three of their seven 3-point attempts. They also went 6-for-7 at the free throw line, and the Warriors made one of their only two free throws in the fourth.

Rebounding has been a curse word around these parts lately, however, the Warriors won that battle. That is, through the first three quarters. As they took the floor heading into the fourth quarter, the Warriors had 35 rebounds to the Mavs’ 32.

Ahh, back to that fourth quarter.

With the Warriors clanking shots, Dallas doubled Golden State in defensive rebounds. The Mavs grabbed 12 in the last quarter of the night, compared to six by the Warriors. The Warriors ended with 44 rebounds, and the Mavs had one more at 45.

One of the less-hyped trade deadline additions came up huge when his team needed him most. Spencer Dinwiddie scored 10 points in the fourth quarter, and ended with 24 in 31 minutes off the bench. His fourth-quarter total was only three points of what the Warriors posted in the fourth.

The Warriors starters in the fourth combined for only eight points — five from Steph Curry and three from Andrew Wiggins. Their bench put up five points, as the Mavs’ scored 17.

To bring it all back to that 19-point fourth-quarter lead, that’s how many points Dinwiddie and Luka Doncic combined for in the fourth quarter.

Next up, a trip to Minnesota to play D’Angelo Russell, Anthony Edwards and Karl-Anthony Towns as the Warriors look to play a complete game — with the key word there being “complete” — against a Timberwolves team that has their eyes on the playoffs.