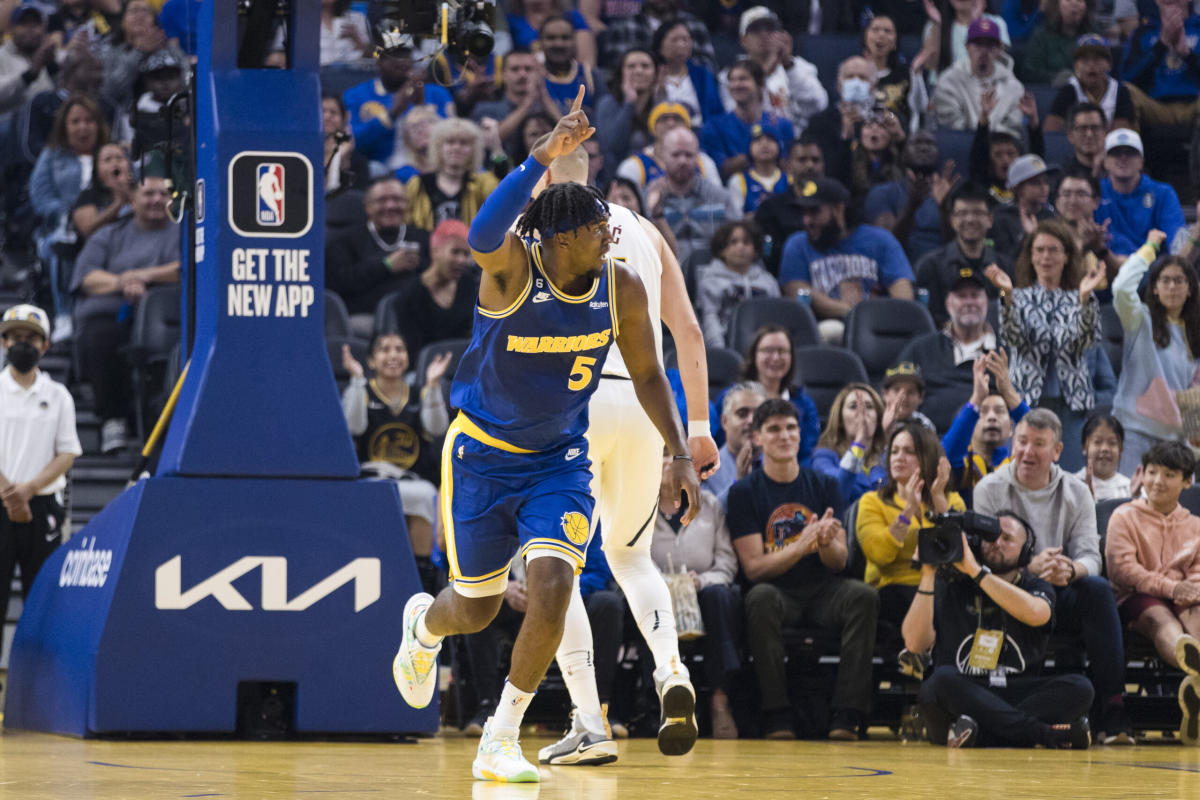 After raising a new championship banner and opening their title defense with a victory on Tuesday against the Lakers, the Golden State Warriors hosted Nikola Jokic and the Denver Nuggets on Friday at San Francisco’s Chase Center.

Although the Warriors won’t be receiving rings at a special ceremony on Friday, the court and uniforms will look a little different at Chase Center on Friday night.

The Warriors are set to debut their highly anticipated throwback Run TMC edition uniforms against the Nuggets. Along with their Run TMC era jersey, the court at Chase Center will get a makeover when the team wears their throwback uniforms.

The Warriors will meet the Nuggets in San Francisco at 7 p.m. PT on Friday night. For more information on how to watch the game, click here.

Warriors vs. Nuggets: How to watch, stream, lineups, broadcast info for Friday

See also  The Elam Ending is coming to the NBA G League this year, which could mean it’ll reach the NBA soon