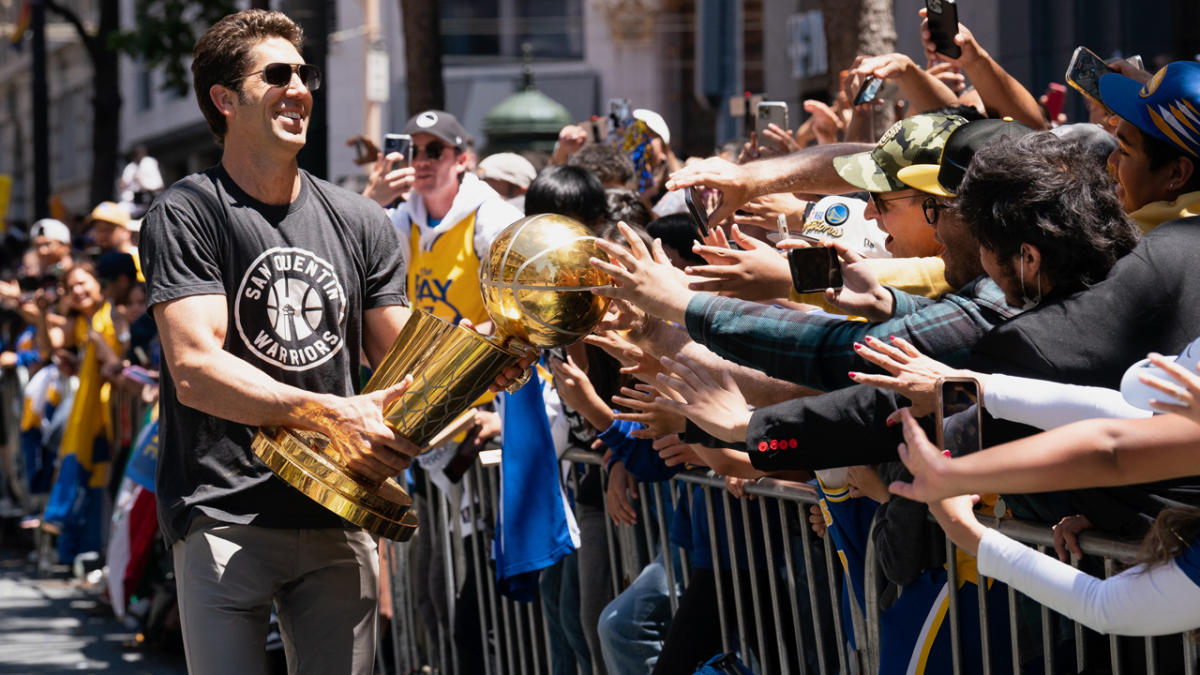 Bob Myers and the Warriors partied hard after winning their fourth championship in eight seasons, but before they knew it, it was right back to work.

After Golden State closed out the Boston Celtics in Game 6 of the NBA Finals on June 16, the celebration commenced. For some, it lasted a few days or even a week. For others such as Klay Thompson and Steph Curry, the entire summer was spent celebrating their hard work.

Golden State’s general manager Bob Myers joined The Athletic’s Tim Kawakami on the latest episode of “The TK Show” where he recapped the hectic offseason for himself and Warriors executives immediately after the championship run.

“I think everybody went away and did something … the hard part is, I guess for us if you’re lucky enough to win a championship as an executive, it’s not like we can go out and get drunk and forget about everything until training camp,” Myers said. “Not that the players and coaches can do that, but we had the parade on Monday and then the draft on Thursday and then free agency started the following Monday or whatever it might be.

“So you kind of have to stay engaged, especially after accomplishing what you want to, which is winning a championship. Mentally stay engaged and physically, because there’s a fatigue to this and we’ve experienced it before.”

After officially wrapping up their season on June 16 and celebrating with a parade down Market Street in San Francisco days later, the Warriors’ offseason immediately picked up.

The offseason eventually slowed down after summer league, which provided Myers, the Warriors’ coaches, and front office the opportunity to finally enjoy the offseason.

After vacationing in Europe, the Warriors GM is back home and preparing for the upcoming 2022-23 season, with training camp set to begin on Sept. 27.