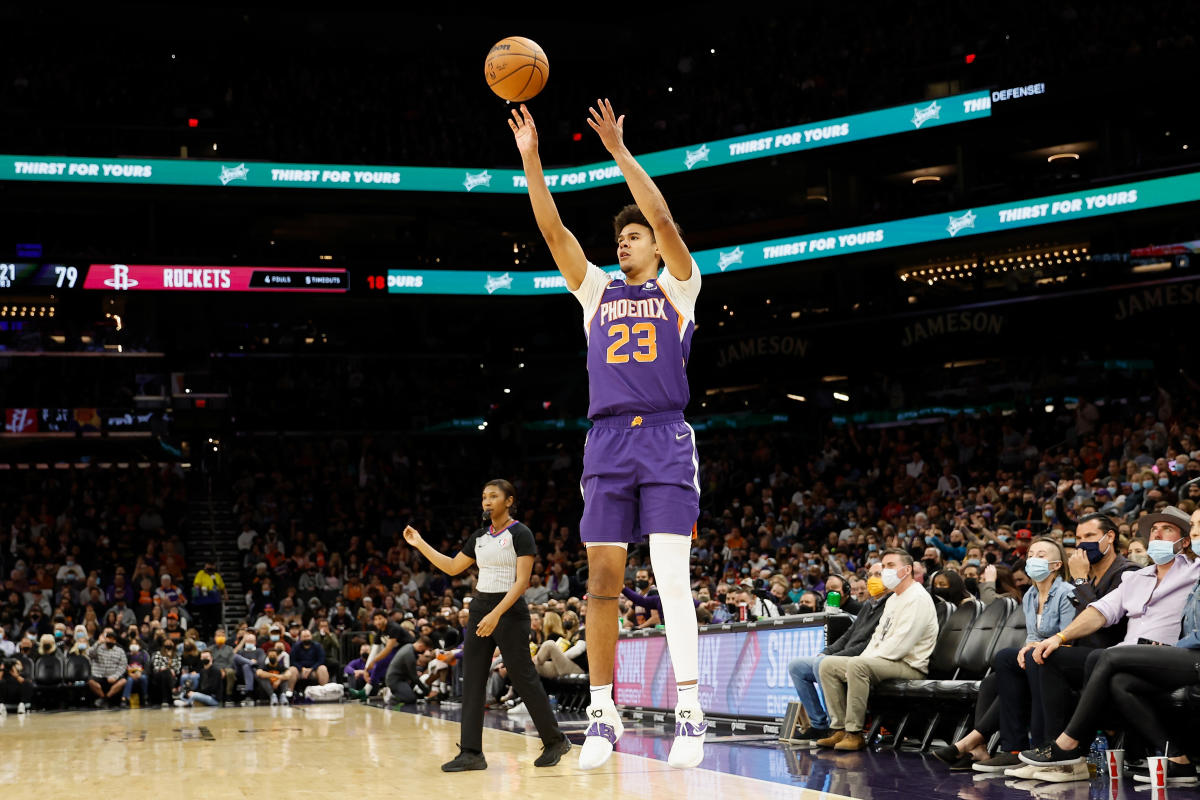 With three-fourths of the NBA’s regular season in the books, fantasy managers are gearing up for playoff runs. Some have already clinched playoff spots. Meanwhile, many will be fighting tooth and nail to clinch their place in the postseason over the next several weeks. As such, this week’s fantasy basketball waiver wire column will focus on both long- and short-term options.

Without further ado, here are a dozen players to consider adding heading into Week 19.

Devin Booker isn’t the only Suns player set to enjoy a significant boost in fantasy value while Chris Paul (thumb) is sidelined; Johnson made that abundantly clear in Thursday’s win over the Thunder, in which he totaled 21 points to go along with five dimes, four boards, four treys and one block across 31 minutes. This is not a drill: Open a new tab now and double-check on his availability.

Other Suns to consider adding (or at least keeping an eye on) if you miss out on Johnson include: Cameron Payne (wrist), Jae Crowder and Aaron Holiday.

Brissett is averaging 15.6 points, 7.6 boards, 2.0 assists, 1.8 threes, 1.2 blocks and 0.8 steals across 34.0 minutes during the last five games. His size and versatility as a two-way player allow him to slot in at multiple positions. Thus, even when (or if) the Pacers get closer to full strength, Brissett should hold onto a meaningful role. Add him now while you still can.

Beverley’s impressive play this season was recently rewarded, as he signed a one-year, $13 million extension before the All-Star break. With averages of 9.3 points, 4.9 assists (career-high), 4.4 boards, 1.5 threes, 1.2 steals and 0.9 blocks (also a career-high) in 26.4 minutes, the 33-year-old guard is arguably having the best year of his career, both in real life and from a fantasy perspective.

[Play in one of Yahoo’s NBA DFS contests]

Atlanta’s entire offense essentially revolves around Trae Young, so Huerter doesn’t get to operate with the ball in his hands as much as fantasy managers might like. However, Huerter is a decent option in most formats thanks to his efficiency and potential for continued improvement and growth going forward.

Hayes has been one of the more under-the-radar beneficiaries of the trade deadline. Swapping a multi-positional wing (Josh Hart) for a combo guard (CJ McCollum) has facilitated Hayes slotting in at power forward more often, where he can float and fly around the court more freely.

It seems like a more suitable role for the wiry and athletic but slender big man than the rim-protecting, big-body-banging, last-man-of-defense responsibilities associated with the center position. With averages of 13.5 points, 5.5 boards, 1.0 block, 0.9 assists and 0.6 steals in 26.7 minutes over the last 10 games, Hayes is a high-flyer worth taking a flier on — particularly in deep leagues. Hayes looks to be in position to continue starting after the break, as coach Willie Green said Thursday that he plans to keep Devonte’ Graham in a reserve role.

With Kemba Walker shut down for the remainder of the season, the door of opportunity is ajar for most of New York’s backcourt players — at least until Rose (ankle) rejoins the rotation. It’s possible Rose won’t play a ton of minutes down the stretch, depending on the team’s position in the standings. Nevertheless, if the Knicks remain somewhat in the hunt for one of the play-in spots, expect coach Tom Thibodeau to rely heavily on Rose.

For the short-term, those in points leagues could turn to Alec Burks, who has been providing decent counting stats (albeit on awful efficiency) over the last 10 games. Or there’s Immanuel Quickley, who delivered one of his better showings of the season right before the All-Star break, as he turned in 18 points, six boards, four dimes, four treys and one steal in 21 minutes against the Nets. Or for those in need of treys in deeper formats, Quentin Grimes has been lighting it up from beyond the arc of late.

Avdija has earned at least 30 minutes in four of his last five outings while averaging 12.4 points, 7.4 rebounds, 2.0 dimes, 1.4 threes, 1.0 steal and 0.8 blocks in 30.8 minutes. A triple threat offensively, as well as a sturdy positional defender with good hands, Avdija should have every opportunity to showcase his skills over the last two months of the regular season. The combination of high floor and high upside makes Avdija one of my favorite pickups across all formats; add him now before it’s too late.

John Collins (foot) has missed four straight games and Gallinari has filled in admirably, scoring 25 points or more twice in the last three contests. While he’s probably best reserved for deeper leagues when the Hawks are closer to full strength, De’Andre Hunter (illness) exited Thursday’s matchup versus the Bulls, which suggests Atlanta may remain shorthanded in the short term. As such, those searching for a streamer could do a lot worse than Gallinari.

Brown has stepped up for the injury-riddled Nets, averaging 12.8 points, 5.6 boards, 3.2 dimes and 2.2 steals in 32.2 minutes over the last five games. It may not last long, but Brown has been stuffing the stat sheet across multiple categories and seems like a solid option for those in need of a short-term solution.

Okongwu has seen less than 20 minutes in seven of his last 10 appearances while contributing modest averages of 6.8 points, 4.5 boards, 1.5 dimes, 1.0 block and 0.7 steals in 18.2 minutes during that same stretch. So why am I recommending him as an add?

[So many reasons to play Yahoo DFS: Learn more now and get in on the fun]

Mainly, because I think it’s becoming clear that he’s already better than Atlanta’s current starting center, Clint Capela. Those in dynasty formats should scoop Okongwu up right away because his time is coming. It may not be this season — but I’m confident that it’s only a matter of time before Okongwu solidifies himself as a top-notch big man.

Small sample size alert! Over the last three games, Mann is averaging 21.7 points, 4.3 boards, 3.3 dimes, 2.7 treys and 2.0 steals across 31.3 minutes. The return of Thunder star Shai Gilgeous-Alexander (ankle), who had missed the last 10 games, resulted in Mann coming off the bench during Thursday’s contest against the Suns.

However, Mann replaced Aaron Wiggins in the first unit to begin the second half, so Mann may have earned the starting nod going forward. It (almost) goes without saying, but Oklahoma City is a team that fantasy managers should be keeping an eye on down the stretch; diamonds in the rough abound on bad teams.

Darius Garland (back) is listed as day-to-day, but Caris LeVert (foot) is expected to miss at least a week or two. Meanwhile, Rondo is averaging 9.8 points, 6.8 assists, 4.0 rebounds, 1.2 steals and 1.2 treys in 26.4 minutes during his last five appearances. Though he hasn’t been a consistently reliable fantasy producer for several years, Rondo remains a potent source of counting stats when his role is demanding enough. 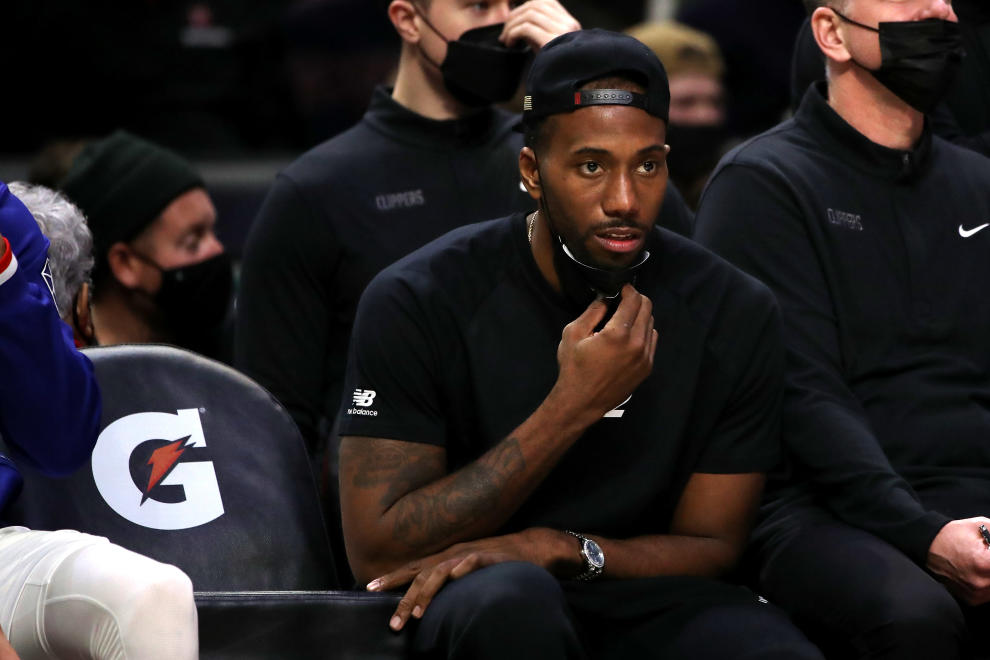 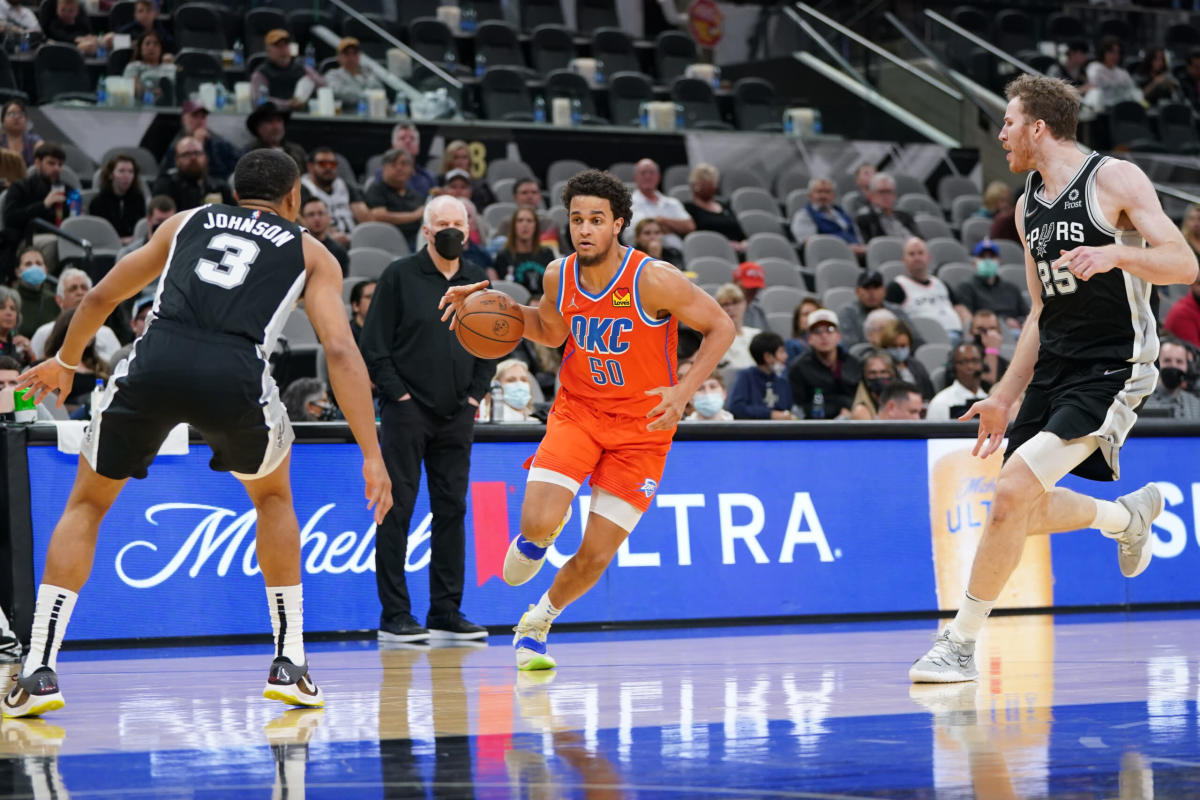 Jeremiah Robinson-Earl out 6 weeks due to broken foot 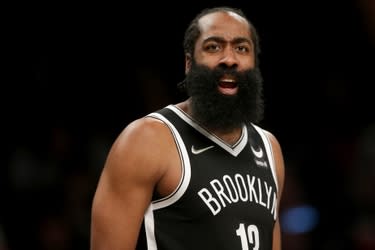 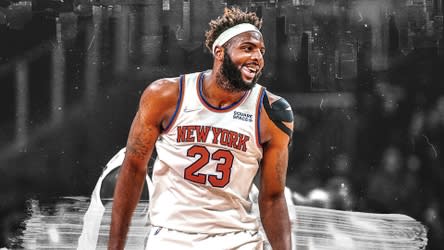 Examining what Knicks should do with Mitchell Robinson