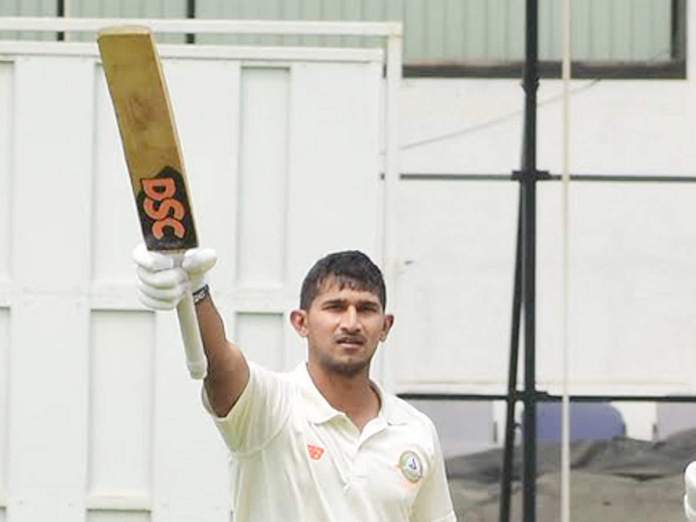 VID vs MAH Day 1 Highlights: Crisis man’ Ganesh Satish slammed an unbeaten 146 to propel Vidarbha to 270 for 3 on the opening day of their Ranji Trophy Elite Group G match against Maharashtra on Thursday. Follow VID vs MAH updates on Insidesport.IN

Opting to bat, Vidarbha lost their openers in-form skipper Faiz Fazal (14) and Sanjay Raghunath (3) cheaply, and were in spot of bother at 18 for 2.

But then, one-down batter Atarva Taide (68) joined hands with Satish (146 not out off 282 balls) to not only resurrect the innings but also pummelled a pedestrian Maharashtra attack to submission.

VID vs MAH Day 1 Highlights: While Satish, who was the more aggressive of the two, slammed 19 fours and a six, Taide hammered 10 fours in his 145-ball knock.

The duo conjured a crucial 177-run stand for the third wicket, which took the game away from their opponents at the Gurgaon cricket ground here.

However, when it looked like Taide, who is also having a purple patch in red-ball cricket, would score big, left-arm spinner Satyajeet Bachhav (1/68) dismissed the southpaw.

But that did not deter Satish from playing his shots, as he kept playing all around the park.

Wicket-keeper Akshay Wadkar (35 not out off 76 balls; 6×4) played the perfect second fiddle to Satish, as the two forged a 75- run stand for the unbroken fourth wicket.

When, where and how to watch LIVE streaming for Free • InsideSport De Kock must explain his walkout on South Africa – silence achieves nothing | South Africa cricket team

5 players to watch out for in final