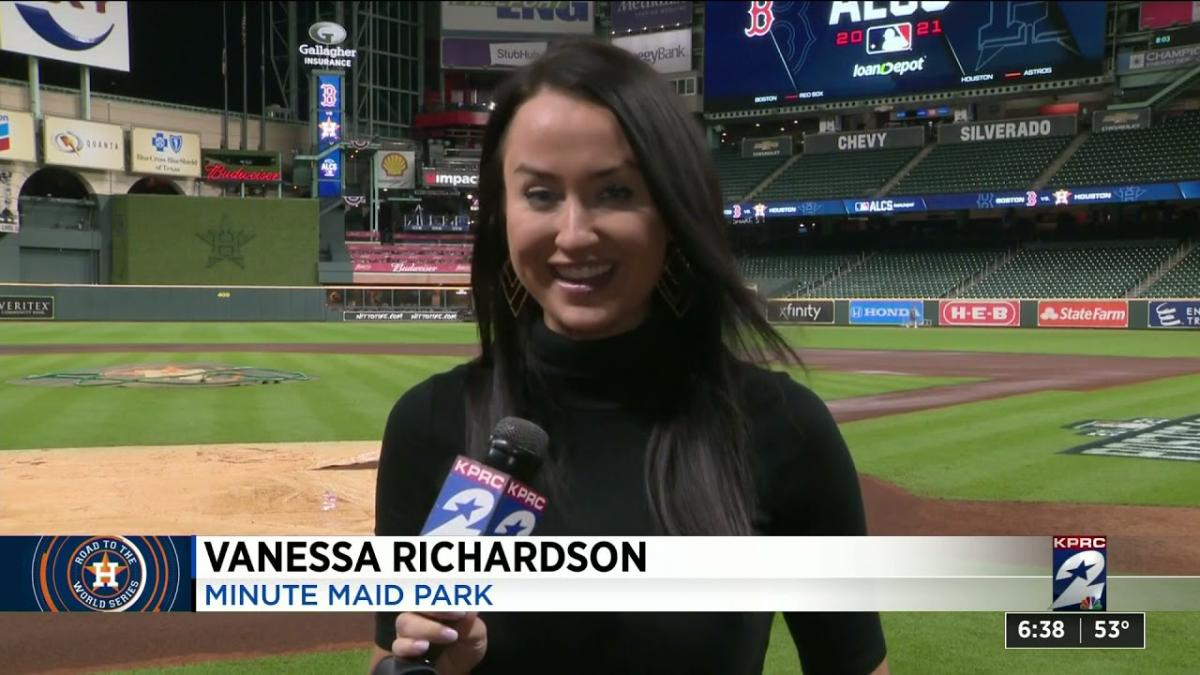 In an announcement to her social media pages, Richardson wrote:

Richardson is currently a pregame and postgame host for Houston Astros baseball broadcasts on AT&T SportsNet. She also serves as a sports-talk host and NFL reporter for Houston’s ESPN Radio affiliate, making her one of the only women driving a daily sports-talk show in a major U.S. media market. Prior to that, she spent two years as a sports anchor and reporter at KPRC, Houston’s NBC affiliate.

Richardson has prior NBA experience, as well, having served as the in-arena host for the Indiana Pacers during her time at the University of Indianapolis.

AT&T SportsNet Southwest’s game broadcasts for the new NBA season begin with the Rockets’ preseason opener on Sunday, Oct. 2, which should mark Richardson’s first game with the team.

Podcast: Cayleigh Griffin on her Houston career and Rockets’ future