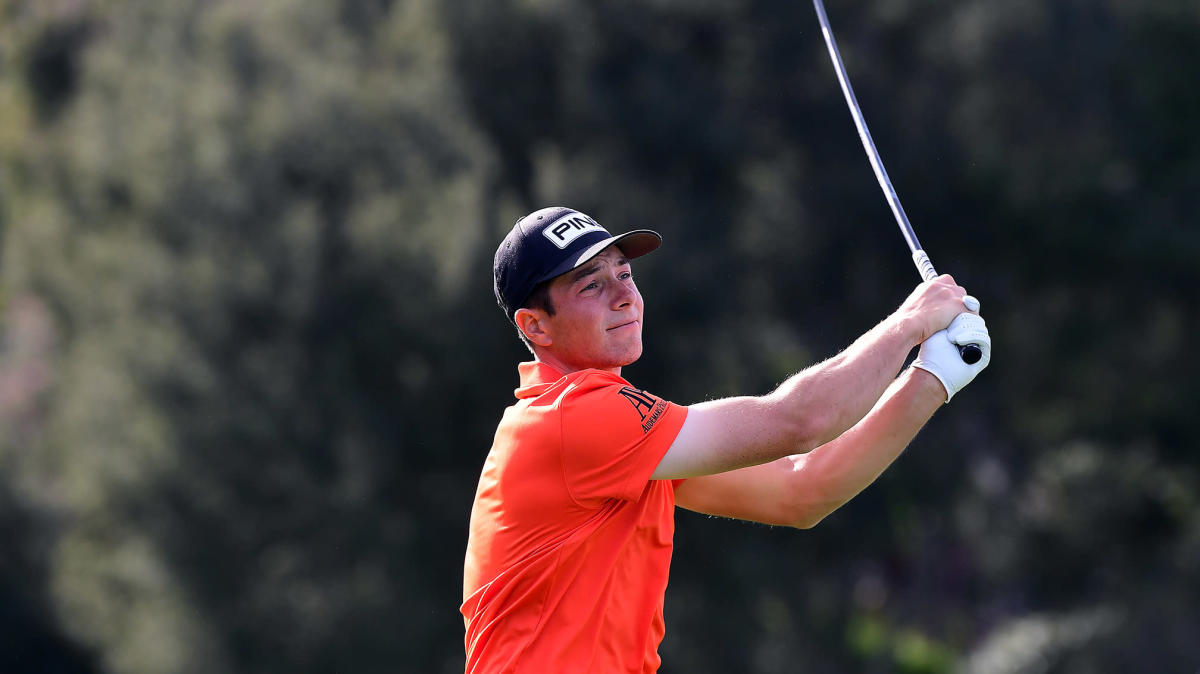 The PGA TOUR takes a four-hour drive from Jacksonville to Tampa Bay as they put a lid on the Florida Swing.

As the fourth and final leg of the Sunshine Swing, you might expect a weaker than usual field at the Valspar Championship but there are actually quite a few big names lined up this week to take on the Copperhead Course at Innisbrook Resort and Golf Club.

Overall, there are 144 golfers lined up to start the week with the low 65 and ties advancing through the 36-hole cut line. This field size has shrunk by 12 golfers, year-over-year, as they return to a regular March date after playing in late April/early May last year.

The Copperhead Course at Innisbrook Resort is the host venue this week.

It’s played that host role since the inaugural 2000 edition, back when it was a fall event. It was played in the fall six times before moving to March in 2007.

While it may be a par 71, there are actually four par 5s which is a characteristic you would expect to see from a par-72 layout. To make up the difference, there are five par 3s here at Innisbrook.

With all five of the par 3s playing over 195 yards, it quickly becomes apparent just how important mid-iron and long-iron performance is, if you want to get into contention at the Valspar.

Off the tee, golfers are often guided into taking less-than-driver on many of the par 4s. Again, this leads to plenty of approach shots from outside of wedge range.

Scoring conditions are incredibly tough at the Copperhead Course. There are only six holes that yield a birdie-or-better rate of over 15 percent. On the flip side, there are 14 holes with a bogey-or-worse rate over 15 percent. Even with four par 5s on the docket, there are very few eagles landed. The field average over the last six editions has been just 0.15 eagles per 72 holes which is second-lowest over that time, behind only Colonial CC.

This course is really a grind-it-out fest where pars are your friend.

Looking at the surfaces, a return to March also means a return to overseeded conditions. Last year we saw wall-to-wall bermudagrass due to the slot on the schedule but this week we will see ryegrass from tee-to-green and TifEagle bermuda overseeded with poa trivialis on the greens. The greens are typically prepped to around 12 feet on the stimp which is slightly faster than TOUR average.

Rory McIlroy: “Not a whole lot of drivers but lot of mid to longer irons into the green. Tough par 3’s. Probably a course you’re going to have to try to take advantage of the par-5s and try to take care of those because it doesn’t really offer a lot more in terms of real birdie chances. Even the shorter holes you’re laying back, you’re hitting 7-iron to the green.”

Paul Casey: “The difference between hitting the green and landing just short, the dispersion of where the shots finish is high. There’s a premium on ball striking. Scoring’s never that low around here.”

Jordan Spieth: “The course plays longer than the yardage, no doubt about it. But I enjoy the challenge. You really have to be in the fairway out here and so whatever it takes to put it there, whether it’s driver or you got to go back to a hybrid or 2 iron.”

Daniel Berger: “You got to hit your long irons well because you’re going to have a few of them coming into in par-4s and par-5s. I’m used to South Florida, born and raised. It gets windy out there.”

Henrik Stenson: “It’s a course where you position yourself off the tee quite a lot, you have to lay back unless you really want to try and thread a few of the tee shots out there. So, quite a few 2-irons and 4-woods, 3-woods off the tee and little bit longer irons into the greens which are pretty small and kind of sits at an angle towards you quite a lot so you want to try to keep it underneath the hole because I can only imagine the kind of quick putts you can get if you end up in the wrong place or chipping from the wrong place.”

When McIlroy talks about taking less-than-driver, you know there is really no other choice. He’s not going to put away the driver unless he really has to. Other than that, most talk about the value of approach play, or long-iron performance specifically.

PGA WEST has seen lots of crossover success over the years. They have very different scoring environments but are both played in overseeded conditions. Perhaps that’s the key link.

The threat of rain pops up on Saturday but this forecast looks amazing after last week’s slop fest at TPC Sawgrass.

Viktor Hovland
He continues to poke his head into the mix in nearly every event he pegs it. That was also the case last year in his tournament debut when he posted four sub-70 rounds to post a T3 finish. He’s arriving off a career-best +9.5 SG:Approach effort at TPC Sawgrass.

Xander Schauffele
It’s been a steady but quiet year for Schauffele who has seven top 35s in eight starts but just one top 10 on the season. He has a 32 percent top-10 rate over the last four seasons and there is nothing glaringly wrong with his game right now. This may be a good spot to buy-low on the talented youngster.

See also  Dates, what TV channel it is on, and latest odds

Matt Fitzpatrick
He was a popular pick in weekly fantasy leagues last week but missed the cut. He’ll try to rebound at the Valspar, an event that he’s played just once in the past (missed cut in 2018). He won’t be the only family member playing this week, as his little brother is set for a PGA TOUR debut this week.

Dustin Johnson
He finished in style at TPC Sawgrass, matching the course record to backdoor a top 10. He’s making his fifth appearance at the Valspar, posting a T6 in 2019 and T48 last year after missing the cut in his first two attempts (2008, 2010).

Bubba Watson
We’ve seen him struggle to hold back the driver on many less-than-driver layouts, over the course of his career. He’s had some success here at Innisbrook though, finding two top 5s in nine appearances with two other finishes also landing inside the top 20.

Brooks Koepka
We continue to get mixed signals with Koepka and his form. He had strong showings in Phoenix and Orlando but has missed the cut in three of his last five starts overall. He’s only played the Valspar once, missing the cut way back in 2014.