Uefa has called an extraordinary meeting to decide the fate of this season’s Champions League final, with the showpiece match almost certain to be moved from St Petersburg.

The executive committee will meet on Friday morning to discuss the consequences for football of the military invasion of Ukraine by Russia, with the aim of the meeting “to evaluate the situation and take all necessary decisions”.

Uefa has come under increasing pressure to act after the escalation of tensions this week. The British government has called for the match, scheduled for Saturday 28 May, to be moved and on Thursday members of the European parliament wrote to Uefa calling for an extraordinary meeting, to discuss not only moving the final but terminating sponsorship arrangements with the Russian gas company Gazprom.

Two Russian teams remain active in this season’s Europa League, with Zenit St Petersburg’s game at Real Betis confirmed to go ahead on Thursday night. The Spanish side lead the tie 3-2 from the first leg. Spartak Moscow have qualified for the last 16 and the draw for that stage of the tournament is due to take place at midday CET on Friday, after the Uefa executive committee meeting.

Poland are due to play in Moscow on 24 March and wrote to Fifa on Tuesday calling for the governing body to “urgently clarify the issues” regarding the game amid concerns for player safety. The Polish FA confirmed to the Guardian on Thursday that it had yet to receive a response.

Also on Thursday the chairman of the Swedish Football Association said a 2022 World Cup play-off match in Russia was “almost unthinkable” at the moment. Sweden are due to face the Czech Republic in a World Cup play-off on 24 March, with the victor meeting the winner of the game between Russia and Poland. Wins for Sweden and Russia would mean the sides meeting in Russia on 29 March, with a place at the Qatar World Cup at stake.

Poland are due to play in Moscow on 24 March and wrote to Fifa on Tuesday calling for the governing body to “urgently clarify the issues” regarding the game amid concerns for player safety. The Polish FA confirmed to the Guardian on Thursday that it had yet to receive a response.

Nilsson said he had not been in touch with his contacts in Ukraine after the overnight attacks. “Out thoughts go to our friends in Ukraine over the situation they woke up to today – it’s awful,” he said. “Football should be seen as something of less importance in the middle of this inferno.”

The 64-year-old former referee stopped short of demanding that Russia be kicked out of the World Cup. “I believe that [in these situations] much is called for very quickly – we will need to live and socialise even in the future, and I think we shouldn’t be too quick with solutions,” he said.

“Instead, we should take our time and see what actions are needed. For the moment we are looking forward to arms being laid down and that peace and freedom come into existence.”

Nilsson said the desires of the Ukrainians should guide football’s response. “It’s important that the requests come from Ukraine,” Nilsson said. “At the moment they have a lot more to think about than football, but a future will arrive one day and we mush show solidarity with our football friends around Europe.” 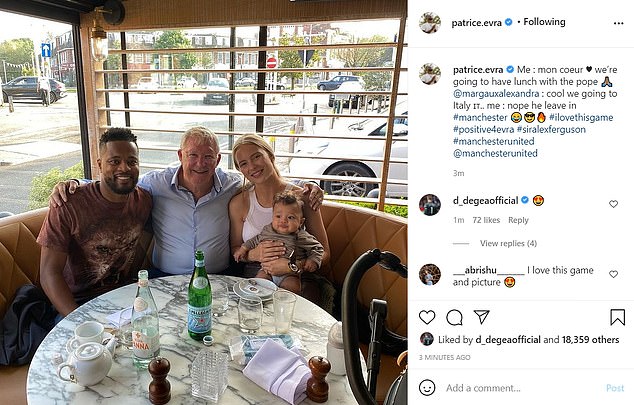