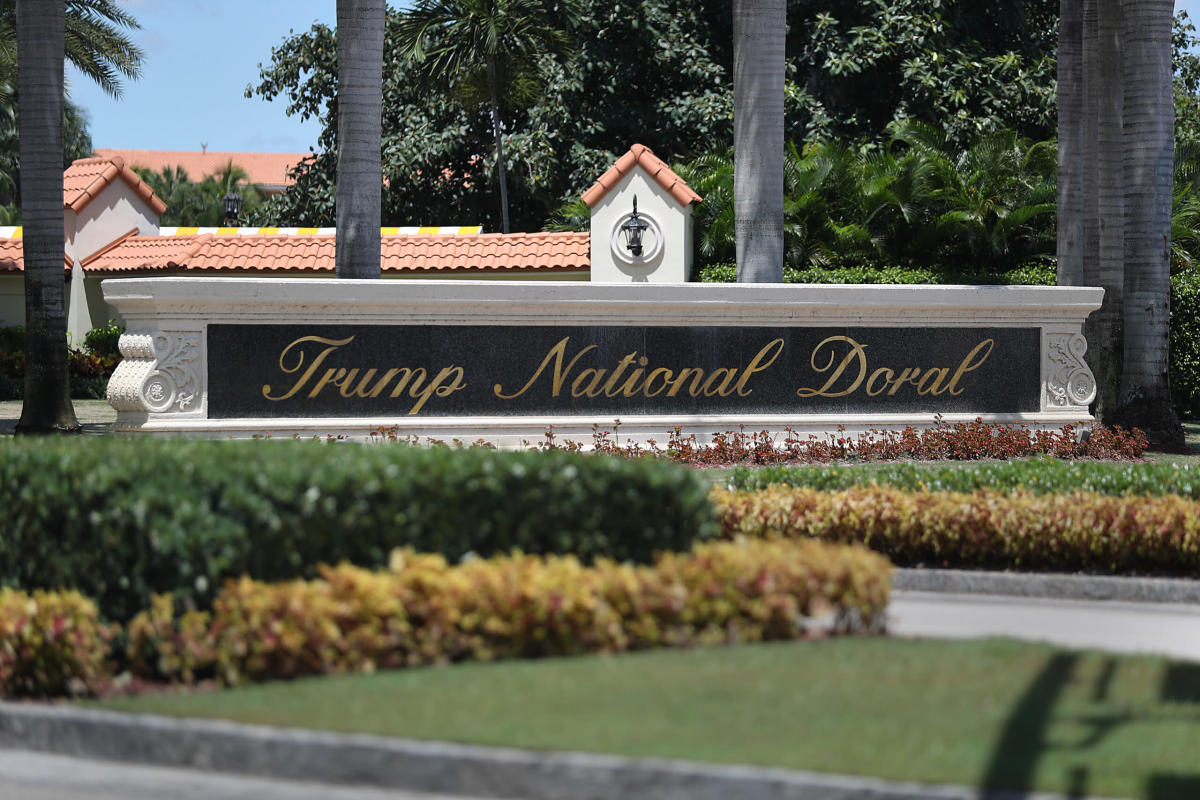 A plan for the breakaway golf league funded by the Saudis will likely include a mix of international and domestic events, and as was previously reported, a number of former President Donald Trump’s courses could be among those on the future schedule.

Trump has been sympathetic to the Saudi regime in the past, even delivering a full-throated defense of the country in 2018, casting doubt on a U.S. intelligence assessment that the kingdom’s crown prince knew about the murder of Washington Post columnist Jamal Khashoggi.

The Washington Post wrote on Saturday that “at least two of Trump’s courses in Bedminster, N.J., and Doral, Fla., could be named as sites for the nascent tour, according to the people familiar with the talks, who like others requested anonymity to discuss internal deliberations. Officials from LIV Golf Investments, the apparatus funded by the Saudis to host the tour, have held conversations with the Trump Organization, these people said.”

Despite the $135 million offer reports and non-disclosure agreements, no players have officially committed to leave the Tour just yet, although rumors and smoke have been flying in recent days.

According to the Post, a spokesman for Trump’s political action committee offered a statement saying the courses would be plausible sites for the new events.

“It certainly sounds possible given the fact that President Trump owns some of the most beautiful and renowned golf courses in the world — from the cliffs of Rancho Palos Verdes, to the majestic rolling hills of Bedminster and, of course, the iconic Doral property,” Taylor Budowich told the newspaper.

Take a look at the golf courses owned by Donald Trump

The relationship between Trump and the Saudis never got frosty, even when the tenor of the nation toward the Middle East power had soured. In fact, a day after indicating he would do nothing to Saudi Arabia after the murder of journalist Jamal Khashoggi back in 2018, then-President Trump thanked the Saudis for lowering oil prices through more production via social media.

“Oil prices getting lower. Great! Like a big Tax Cut for America and the World,” Trump tweeted. “Enjoy! $54, was just $82. Thank you to Saudi Arabia, but let’s go lower!”

The thank-you tweet came after Trump – in seeming defiance of the U.S. intelligence community – said he saw no reason to hold the Saudis accountable for the death of Khashoggi, a columnist for the Post.

“It could very well be that the crown prince had knowledge of this tragic event – maybe he did and maybe he didn’t!” Trump said in a written statement, adding that he would not change the U.S. business relationship with the key Middle East ally.

In terms of his golf courses, in January of 2021 the PGA of America announced that Trump Bedminster would no longer host its major championship in 2022. The news came just days after a mob of President Donald Trump’s supporters breached the United States Capitol and caused chaos. And while Trump was in the midst of impeachment discussions at the time, he was “gutted” by the loss of the major, according to a tweet from New York Times’ reporter Maggie Haberman,

Moving the 2022 PGA Championship had been debated internally at the PGA of America for more than two years, but executives had previously been reluctant. The event is now scheduled to be held at Southern Hills Championship Course in Tulsa, Oklahoma.

Some players who had previously taken part in Saudi events have wondered aloud if this new plan is good for the game. For example, Graeme McDowell told Golf Channel after Greg Norman was named the commissioner of the fledgling circuit that while competition is good, the current PGA Tour product is healthy.

“It’s such an unknown quantity right now. It’s so hard to make a comment. Is it good for golf or bad for golf? It’s very difficult,” McDowell said. “Competition is typically good for everyone. I feel that typically the PGA Tour product has never been as strong as it is right now and it continues to get stronger. I certainly don’t have any contracts [from the new circuit] right now. I’m certainly very happy where I am right now on the PGA Tour.”

See also  Woods aims to pull off another Masters miracle