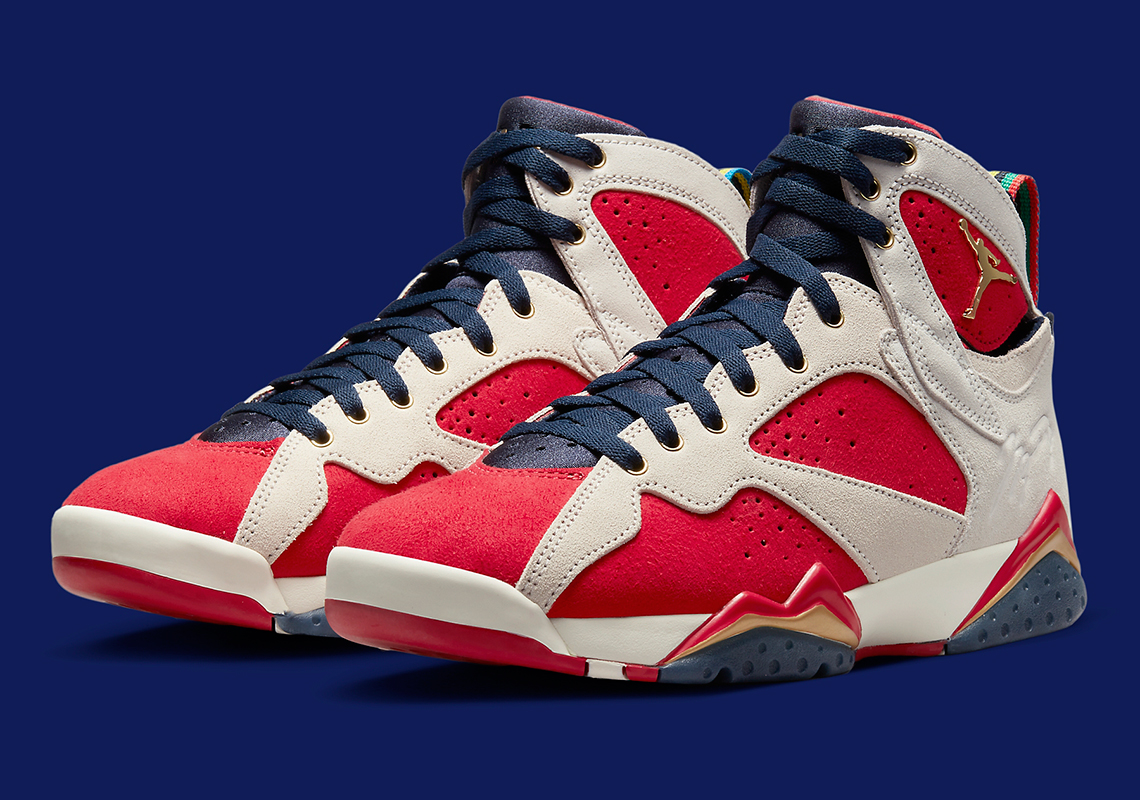 Despite the alleged “back-door “controversy surrounding their Air Jordan 1 collaborative release, it’s clear that the shop run by Jordan’s son will not get the “freeze out” treatment moving forward. In fact, official images of their next project around the Air Jordan 7 Retro have surfaced, revealing a spirited design that packs in a variety of pristine details that likely tells the story of Michael Jordan’s triumphs in international play.

Obviously inspired by the 1992 Olympics in Barcelona, this Air Jordan 7 sees the colors of the Olympic ring on the heel-tab, sitting above a golden accessory piece attached to the arrowhead. Touches of red, gold, and navy return, drawing comparisons to the Air Jordan 7 “Olympic”, while a luxurious beige suede replaces the standard white leather. Furthermore, MJ’s insignia is pressed into the heel, while the Trophy Room logo sits on the left insole. Finally, “New sheriff in town”, an excerpt of Michael Jordan’s infamous quote to Larry Bird and Magic Johnson during their international travels, is embroidered behind the tongue.

For now, check out a look at these official images and stay tuned as we learn more about the Trophy Room Air Jordan 7 release. 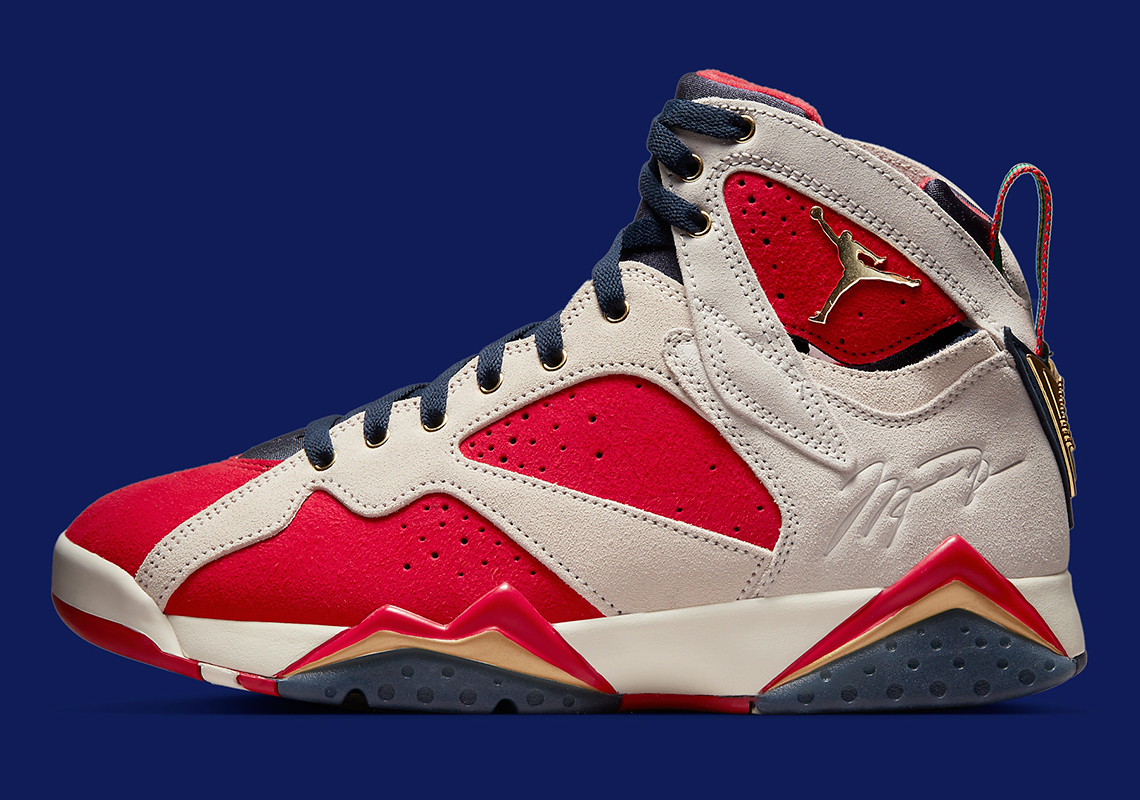 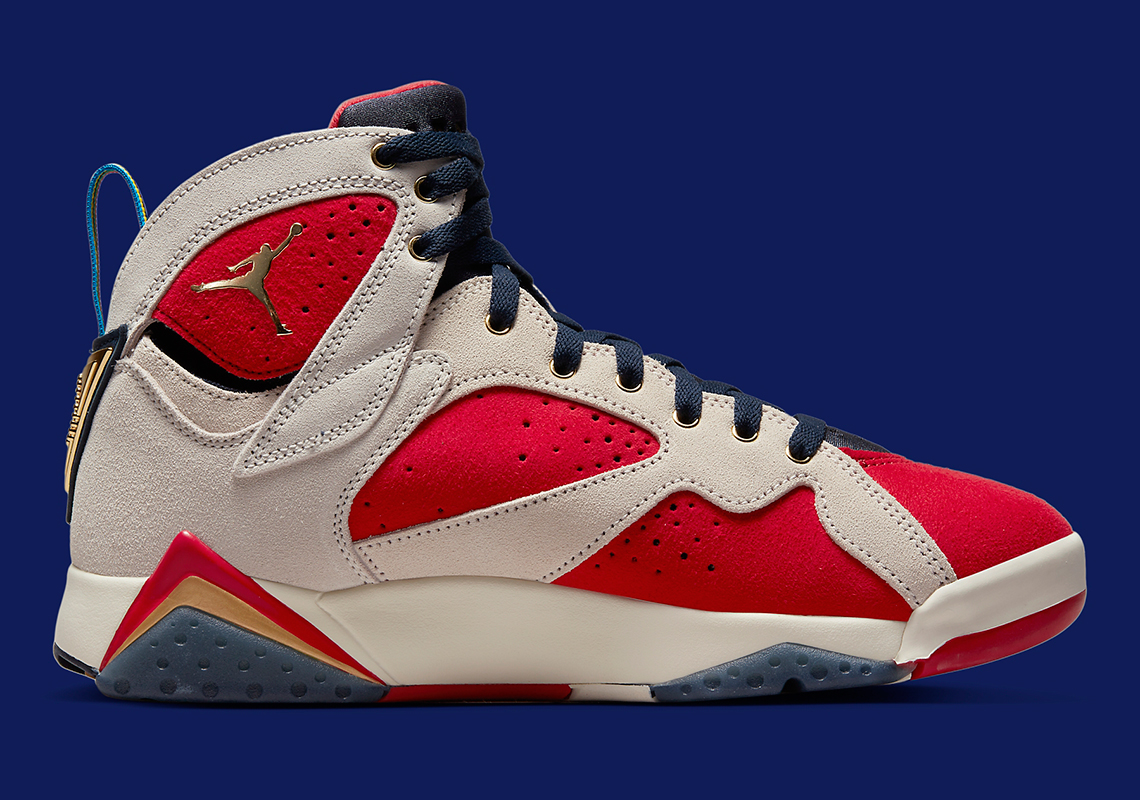 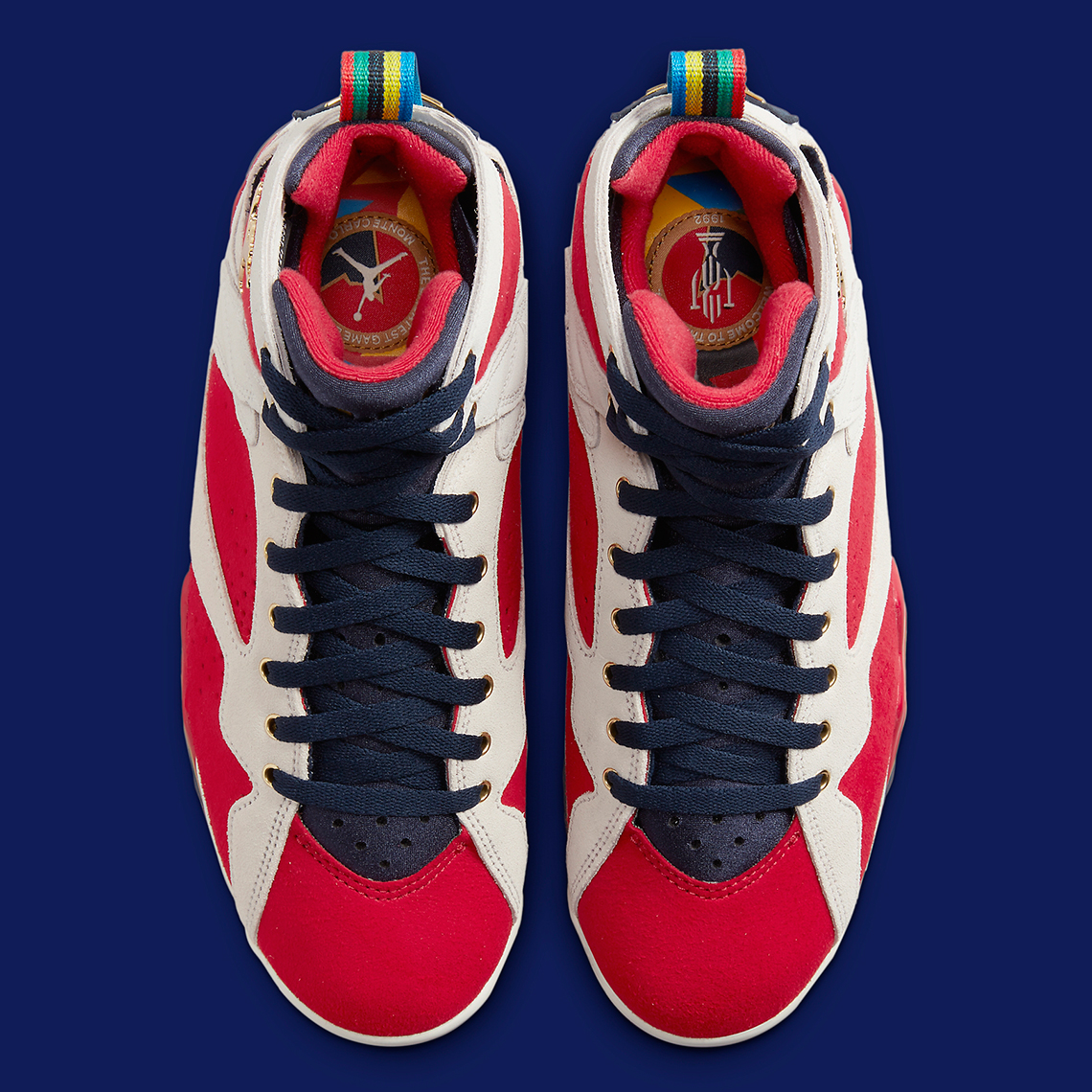 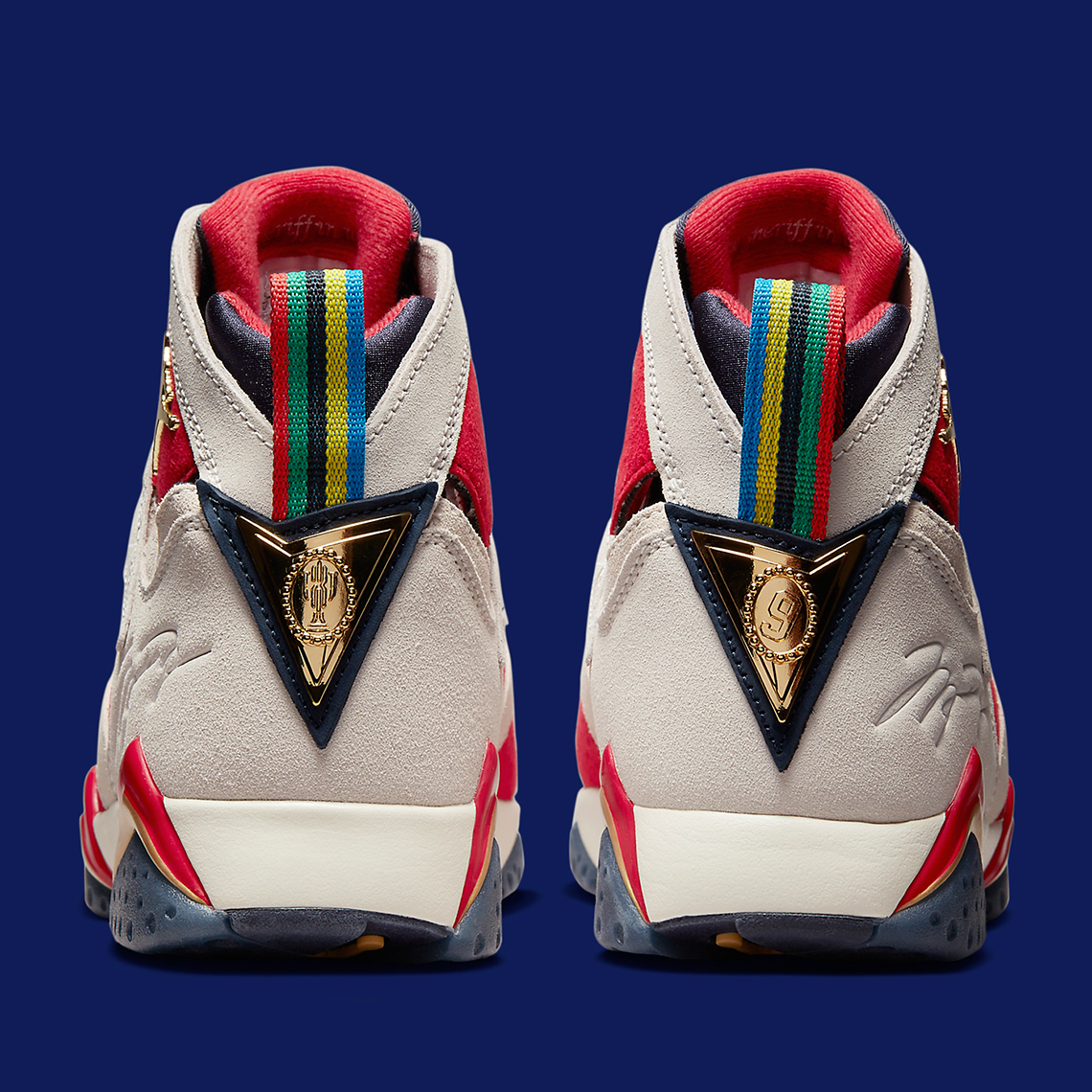 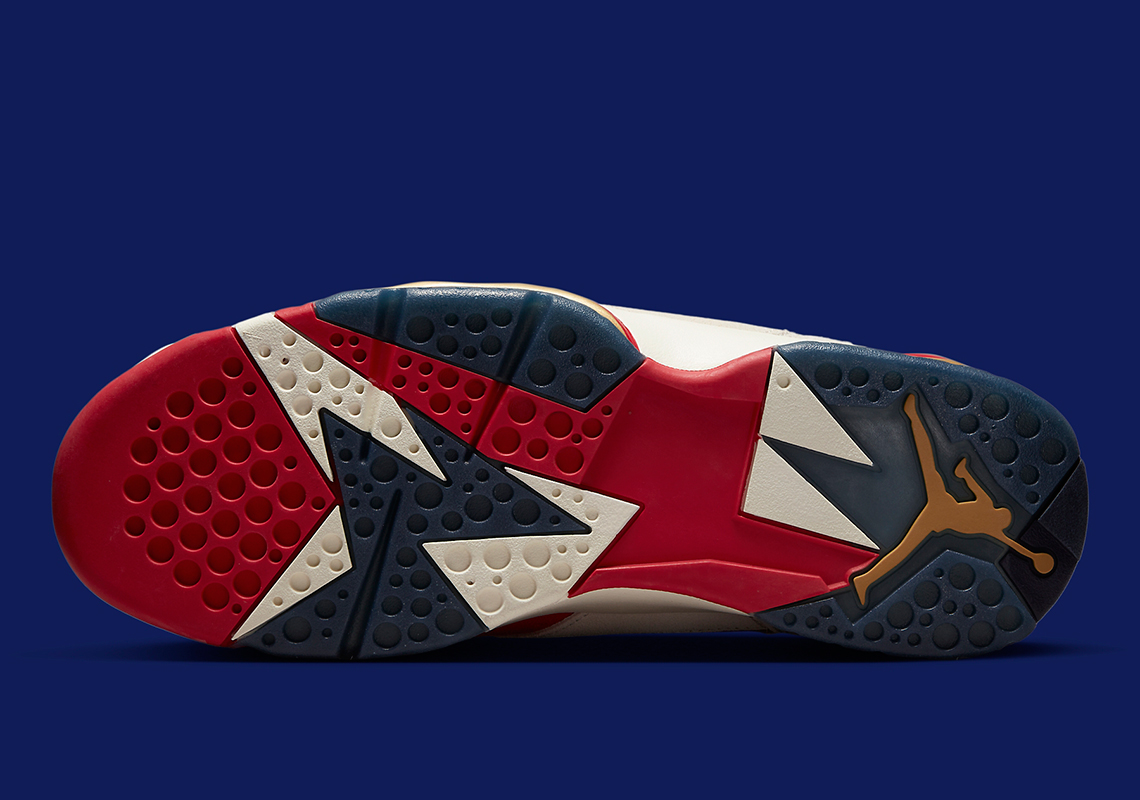 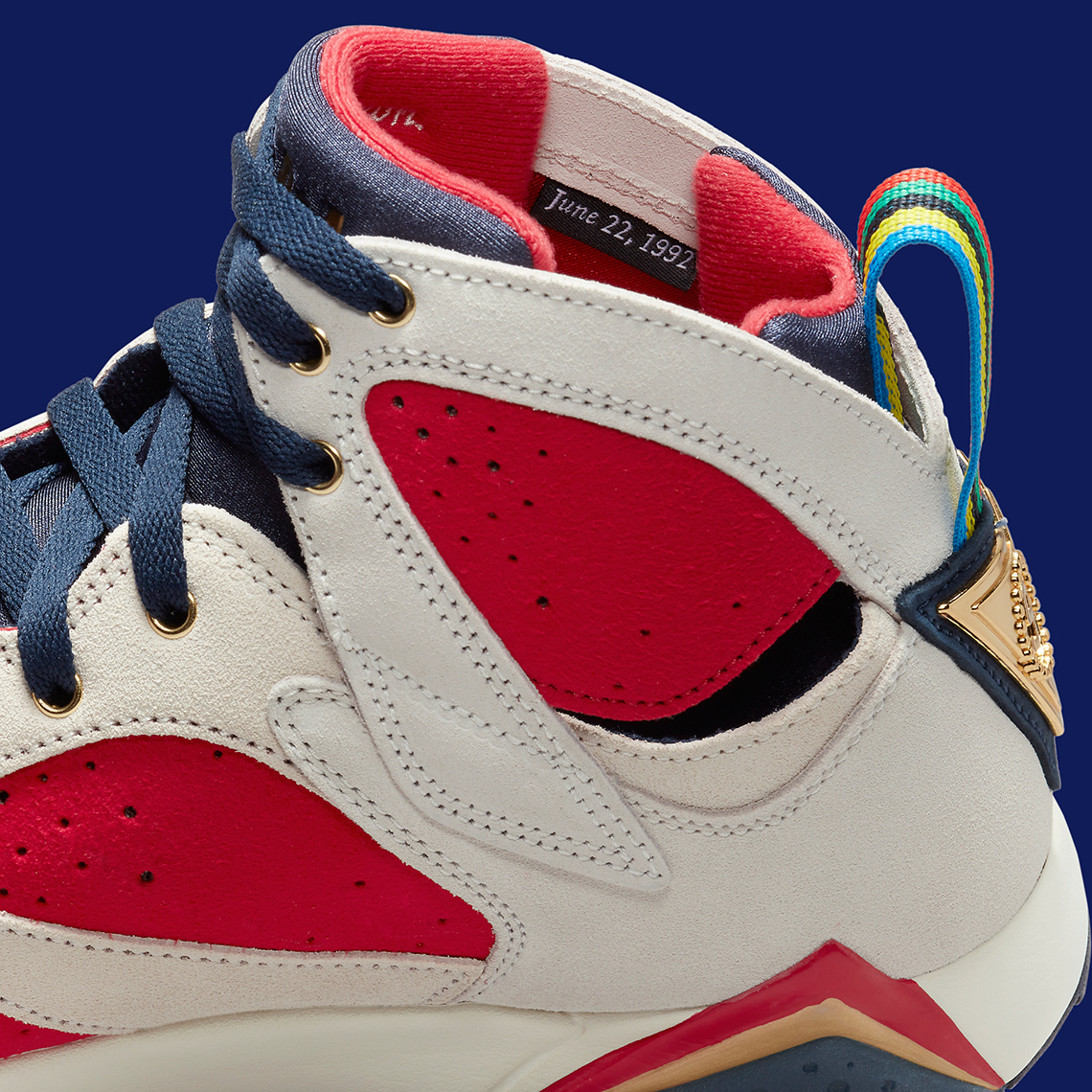 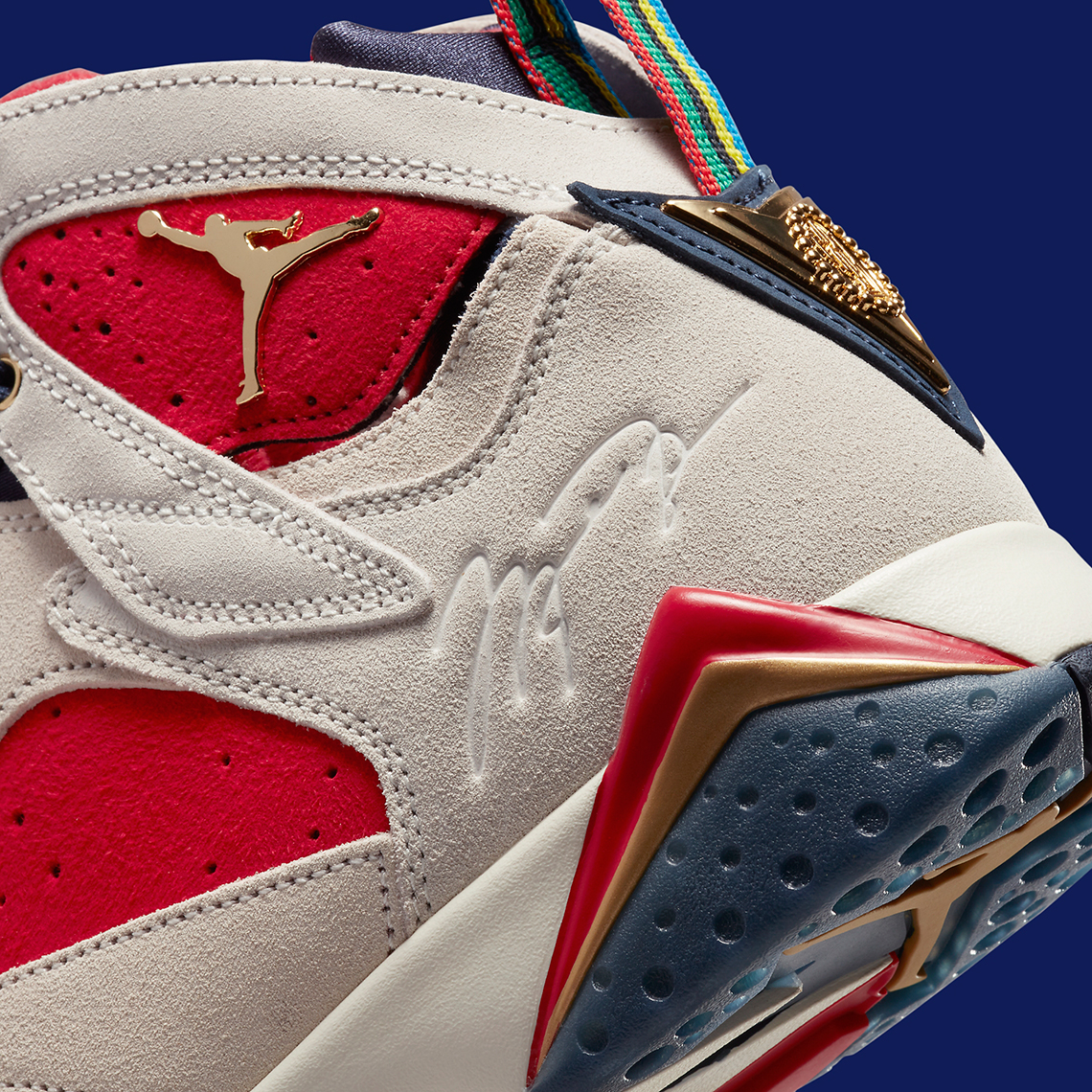 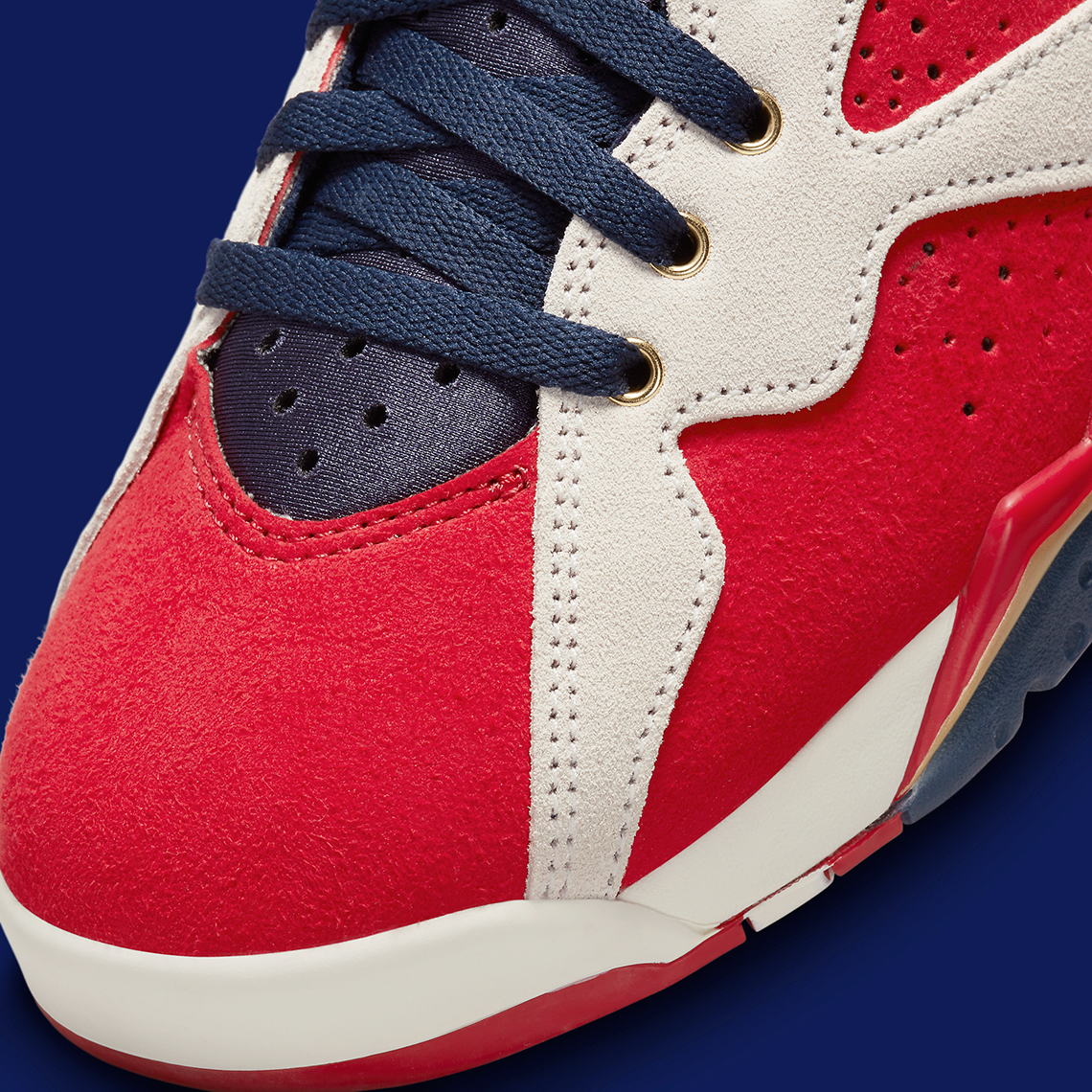 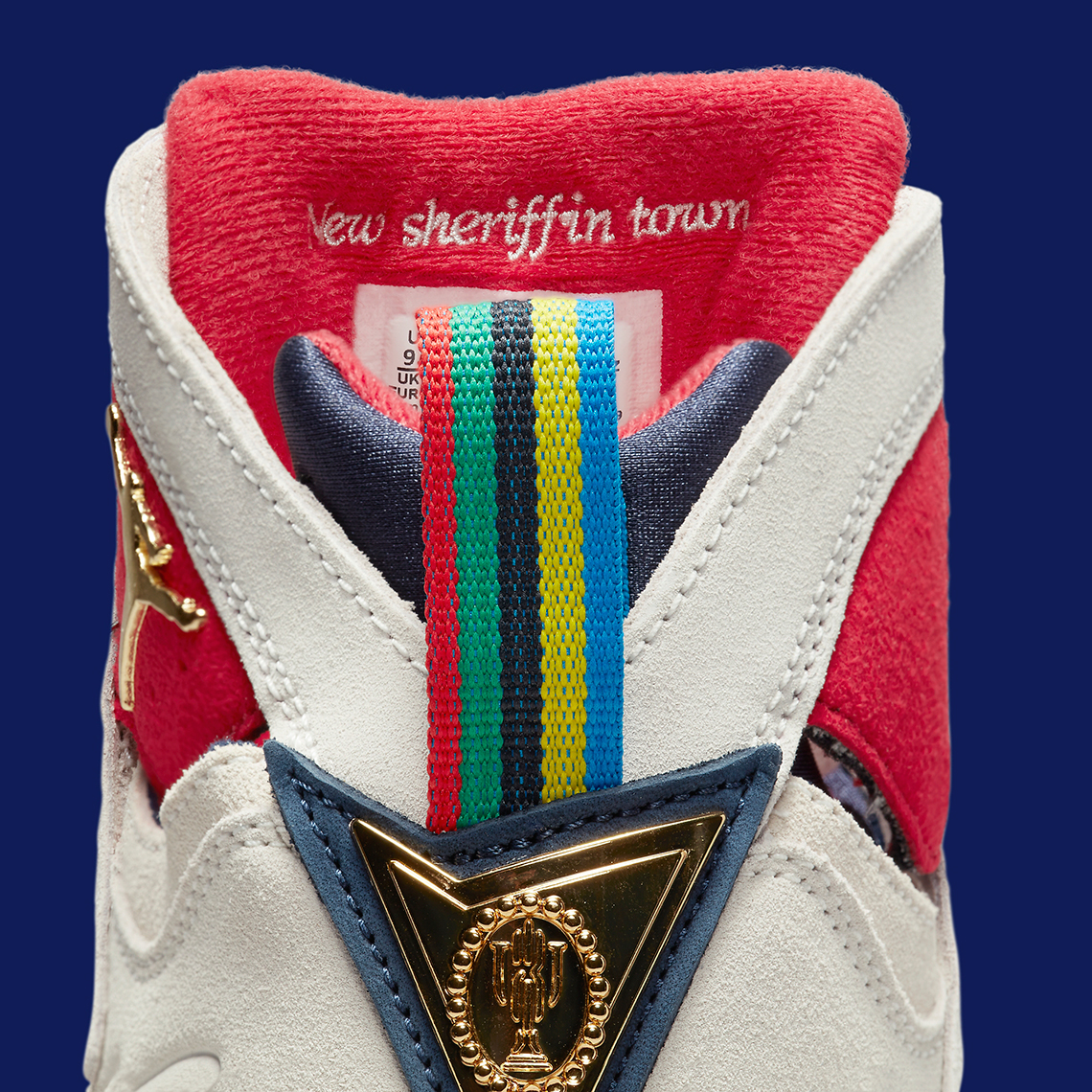 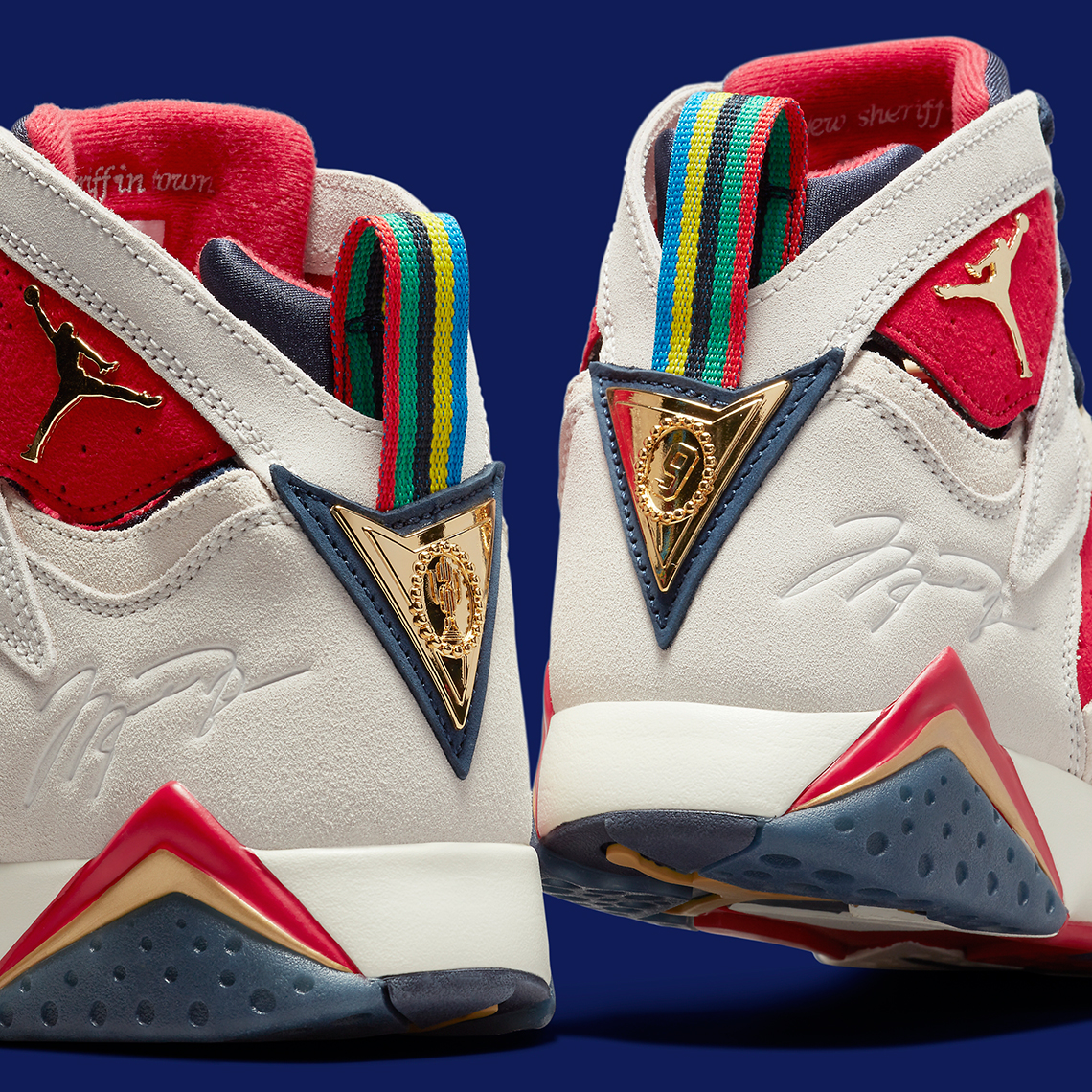 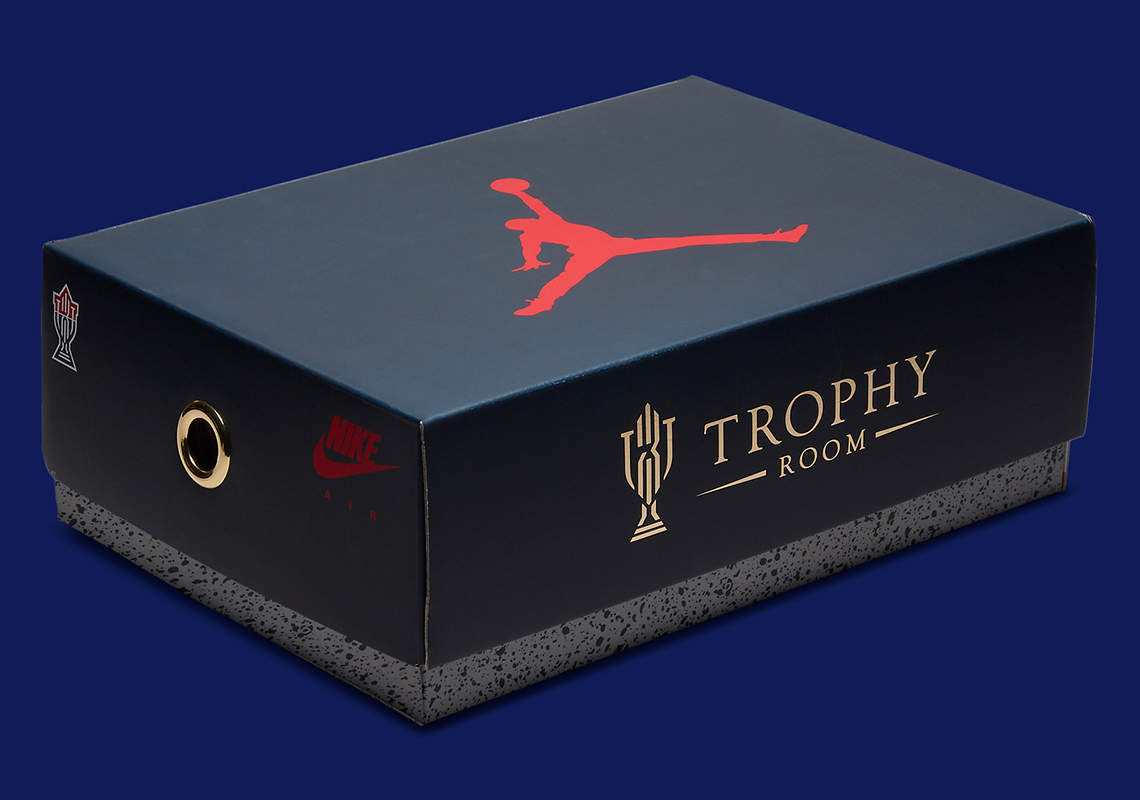 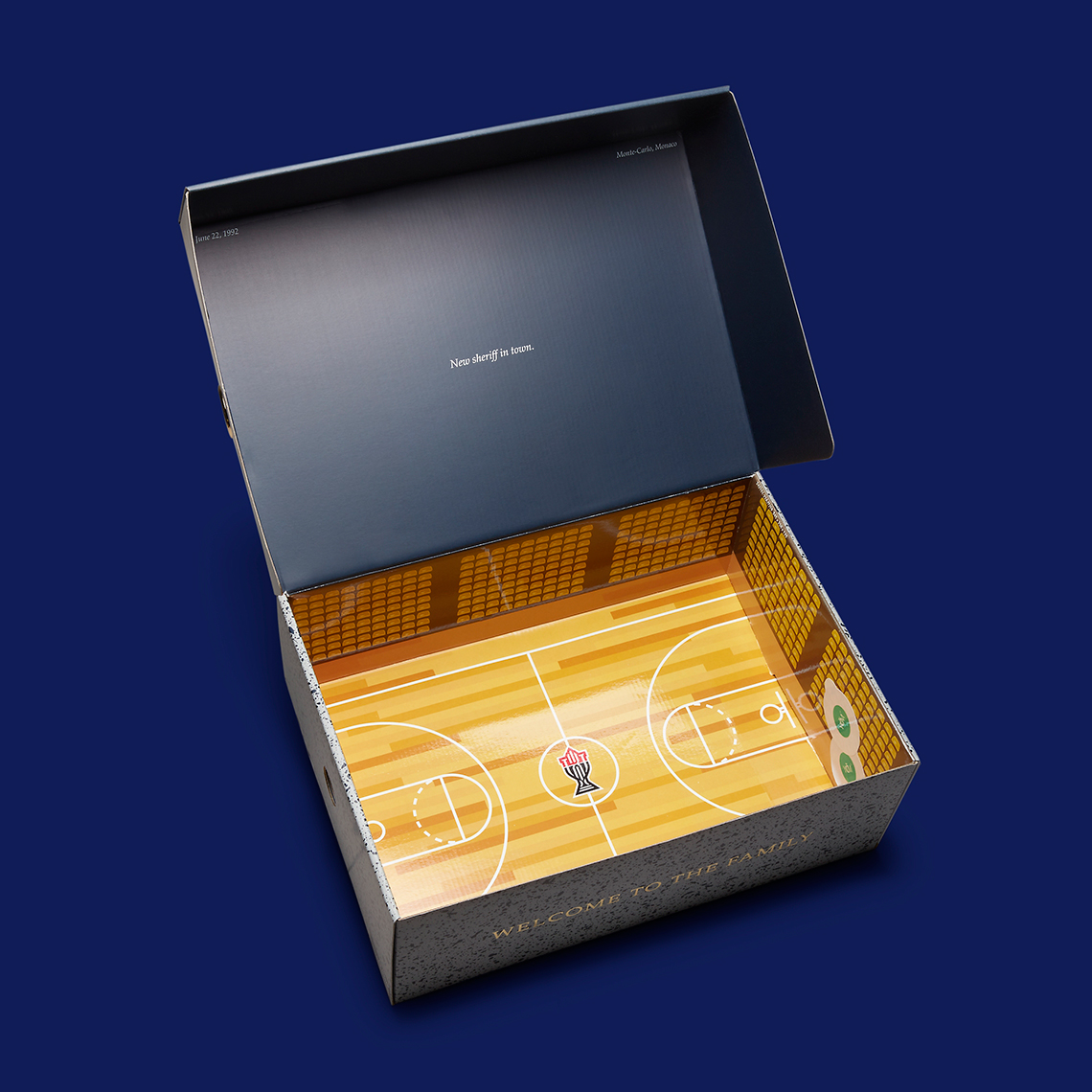