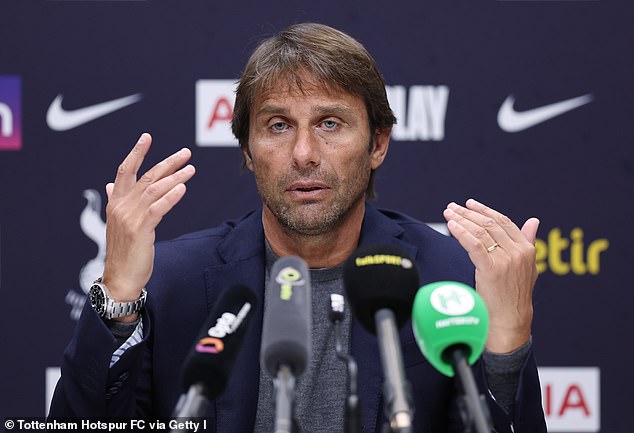 Antonio Conte has dropped the biggest hint yet that he is ready to commit his long-term future to Tottenham as he dismissed the idea of a return to Juventus.

Conte’s current Spurs contract will expire at the end of the season, sparking calls in Italy for his return to Turin and a club where he was a stalwart player and won a hat-trick of Serie A titles as manager.

He slammed the speculation as ‘disrespectful’ to him and Juve boss Max Allegri, however, and insisted he was enjoying his work in north London, with no desire to move on and his focus only on Saturday’s derby at Arsenal. 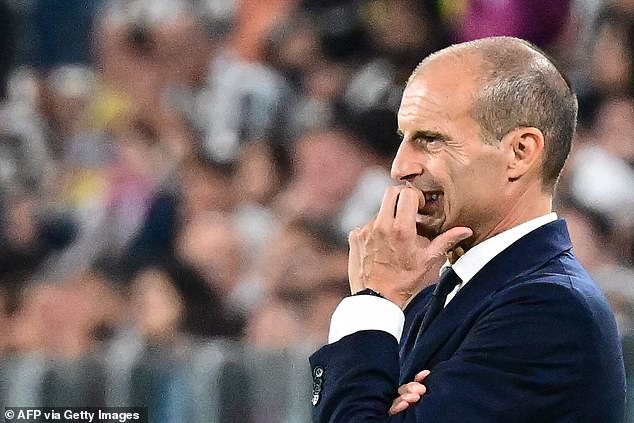 ‘We have just started the season and we have a long time to live together and to understand, to continue to work together,’ said Conte, who signed a deal until June 2023 when he arrived last November.

Tottenham have the option to extend this for one more year and are expected to trigger the clause before the end of the year, although Conte, in typically elusive fashion, insisted there was no rush to sit down with chairman Daniel Levy and discuss terms.

‘There doesn’t exist a right time,’ he said. ‘It could be tomorrow, it could be the last day of the Premier League season.

‘The most important thing for me and the club is to understand we want to continue together, to go in the same direction.

‘I said in the past, I didn’t need another contract to be sure to stay in a club.

‘Also, for the club, it’s a good investment to have a coach like me and my staff. At the right time I will take the best decision. At this moment, I’m really happy. I don’t want to push the club because it’s not the right time.’

The idea of a return to Juventus will not appeal greatly to Conte, at least not at the moment. The Turin club are struggling under Allegri, who was tempted back for a second spell in charge. They have won only two of nine games this season.

Besides, his relationship with Juve owner Andrea Agnelli was strained when he quit in 2014 to become Italy manager.

‘This is disrespectful for the coach that works in Juventus,’ said Conte, when asked on Thursday about the recent reports in Italy. ‘Also disrespectful for me working for Tottenham. I don’t want to hear people speaking about this.’ 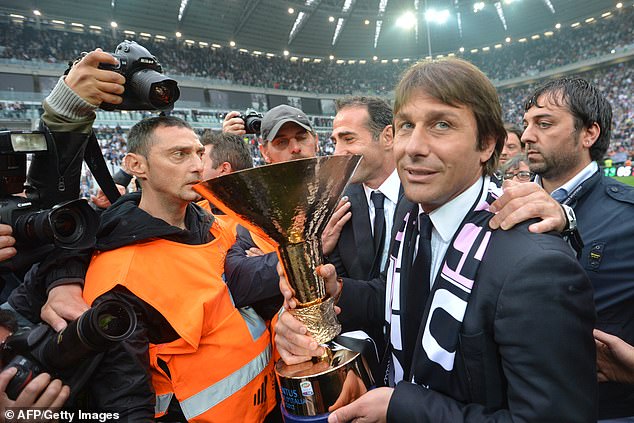 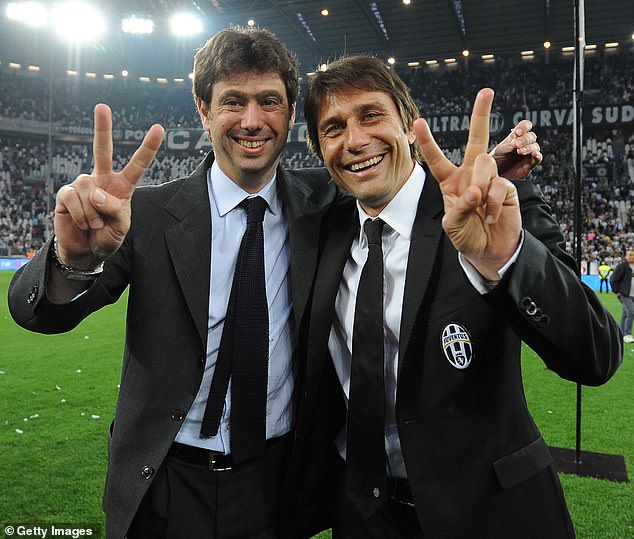 His words will reassure Tottenham supporters ahead of the derby at the Emirates Stadium, where victory would take them top of the Premier League table, with Manchester City playing Manchester United a day later.

‘We have just started the season,’ said Conte. ‘I am happy and enjoying my time with Tottenham.

‘And then we have the whole season to find the best solution for the club, for me.

‘I’m enjoying the time at Tottenham working with these players. I have a great relationship with the chairman. We signed a contract because we both agreed to sign this contract and I don’t see problems for the future. Now, it’s important to be focused.’

Conte also called for lifetime bans for the racists who threw a banana at Richarlison this week as the Spurs forward celebrated a goal for Brazil in a friendly against Tunisia, in France.

‘What happened is incredible,’ said Conte.

‘In 2022, to be witnessing this type of situation is embarrassing for everybody. I hope these people can be banned from football for the rest of their lives.

‘It is very disappointing to make a comment about this.

‘I want to take the best part of the game from Richy and he scored and he enjoyed to play with Brazil.