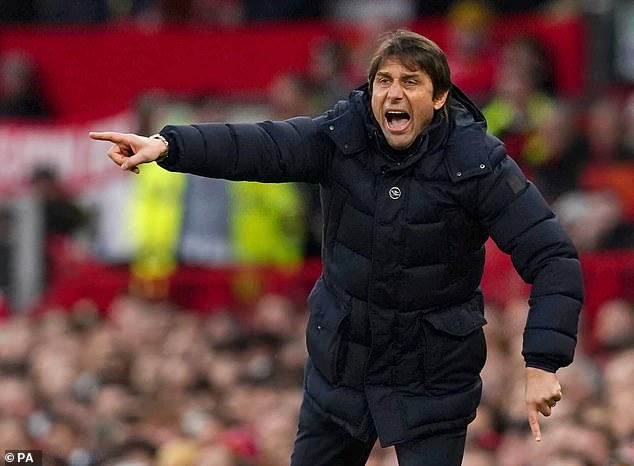 Spurs are outsiders in the race for the top four after Saturday’s defeat at Manchester United left them six points behind fourth-placed Arsenal, who have a game in hand.

Realistically Conte’s side may have to win almost all of their remaining games to get back in Europe’s top level competition and the Italian knows he needs his big players to perform ahead of Wednesday’s trip to Brighton.

‘If you want to have a hope to fight until the end for this type of target, this is the moment I have to ask a lot to the big players,’ he said.

‘To Harry, Hugo and Sonny. These players have to lead the situation to keep us until the end there.

‘At the moment, experience is very important. We don’t have a lot of experience in this team and it’s right to ask the players with experience and big talent to give everything. 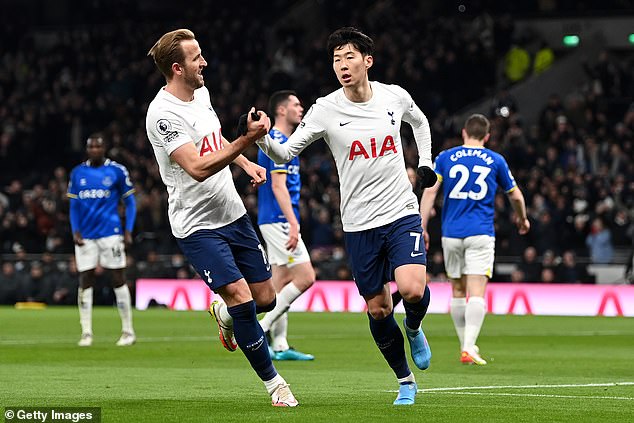 ‘It will be very important to have people with great talent to lead us until the end and to try to be very close to reach this target.’

It is not just Arsenal that Spurs are contending with for the top four as Manchester United, West Ham and Wolves are also in the mix.

‘But I think that in this moment, Arsenal seems favourite for fourth place and United, but don’t forget there’s also West Ham and don’t forget Wolverhampton,’ Conte added. 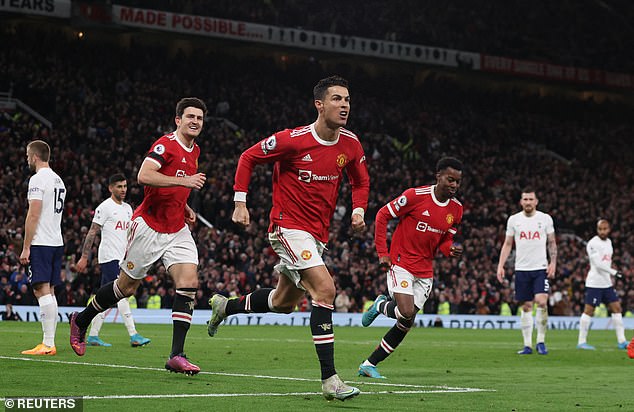 ‘They’re having a fantastic season and they’re in the same position.

‘In England it’s not easy, it’s not simple. When you start the season normally you think it’s four top clubs that at the end, these four teams go to the Champions League: United, City, Chelsea, Liverpool.

‘But last season Liverpool struggled to reach their place in the Champions League. This season it’s happening to United. This league is very difficult.’

Meanwhile, Conte expressed his joy at Christian Eriksen’s return to the Denmark squad. 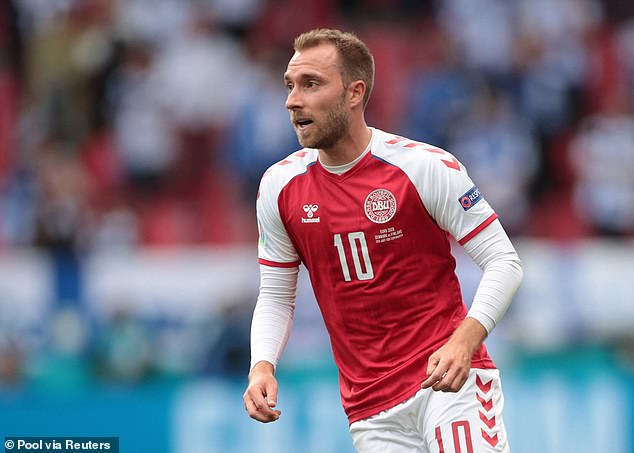 Eriksen has not played for his country since suffering a cardiac arrest during Euro 2020 in June, but the Brentford midfielder has been called up for forthcoming friendlies against Holland and Serbia.

‘Because I think we are talking about an important player, but first of all he’s a really good man, a really good person. He and his family deserve to now live a normal situation. I think, that it is important, and I’m very happy for him.

‘I wish for him and his family the best… apart from the game we have to play against them.’