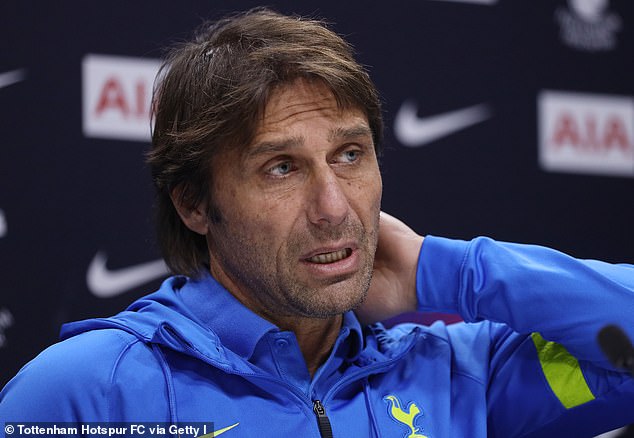 By James Sharpe For The Daily Mail

Antonio Conte has admitted it is ‘difficult to make promises’ about Tottenham’s chances of silverware in another damning assessment of how far the club have fallen.

Spurs begin their FA Cup campaign against League One side Morecambe on Sunday as they bid to win their first trophy in 14 years.

Conte last week branded Tottenham a ‘middle’ club after their Carabao Cup semi-final first-leg defeat to Chelsea and claimed the team’s level has ‘dropped a lot’.

And now he’s warned the supporters not to get their hopes up when it comes to the FA Cup, a competition they last won in 1991.

‘In this moment for me it is very difficult to make promises to our fans because I like to tell the truth and be realistic,’ said Conte. ‘It doesn’t mean I’m not positive because I always think positively and when I signed for Tottenham I thought always in a positive way.

‘But I know that in England the situation is you have to fight against really top, top teams. Sometimes in England you can think you play another sport when you play a game of football. It is another sport if you compare a game here and a game in other countries, when it comes to difficulty, intensity, the quality of the players.’ 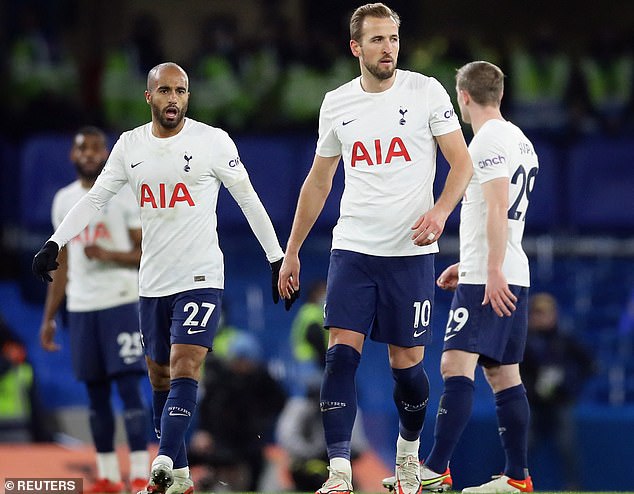 It’s not one of England’s top, top teams who stand in their way on Sunday, though. It’s Morecambe, who sit in the lower reaches of League One. A game Tottenham, no matter how far Conte believes they have fallen, are expected to win. It’s one of those games where if they win, well they should have done, and if they lose it’s another disaster.

‘Everybody who knows me very well knows I hate to lose,’ said Conte. ‘It’s difficult for me to accept defeat and for this reason I try every day to ask for the best commitment from myself and I try to transfer this to my players because I hate defeat.

‘But at the same time, there are defeats and there are defeats. Or moments you have to accept more a defeat. You can’t see me happy after a defeat, it’s a moment I will be very sad and then, after 24 hours, 48 hours, the mood is improved. But this is my strength, to not accept defeat and to try to do everything in my work to avoid this.’

If Spurs do lose, and they will be without in-form forward Heung-min Son through injury, then it will surely rank as one of Conte’s worst moments in his career.

For Conte, though, nothing will match the final day of the 2006-07 season when he was in charge of Italian second-division side Arezzo.

Conte had been sacked mid-season only to be reappointed and, despite a six-point deduction due to the club’s part in a corruption scandal, the club went into the final day on the back of seven wins in 12 games and a real shot at what had seemed a miracle survival.

All Arezzo needed to do to guarantee their place in the Serie B relegation play-off was to beat Treviso at home and hope Spezia failed to beat runaway leaders Juventus, relegated to the second tier following the corruption scandal. 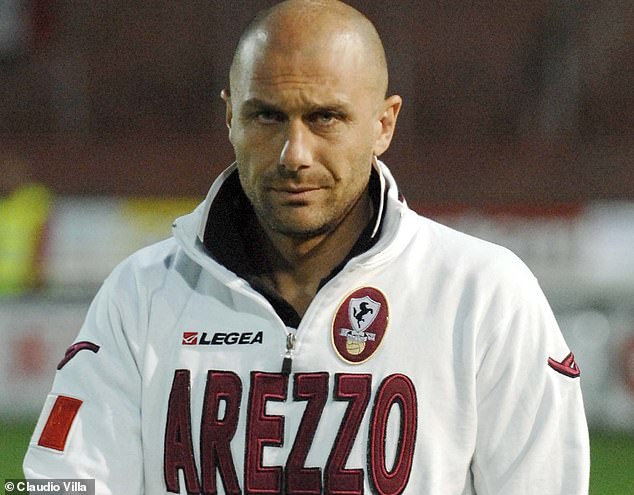 Arezzo won but Juventus, who had rested a host of their star players, lost in the final seconds. Conte and Arezzo were relegated.

‘It was for me a tough moment,’ says Conte. ‘That season I became a coach. Many times, when you finish your career as a player, you think you are already a coach. But you need to have experience because it’s totally different when you are a player.

‘You need to gain experience and for me it was a tough season but I know I became a good coach because of that season.’