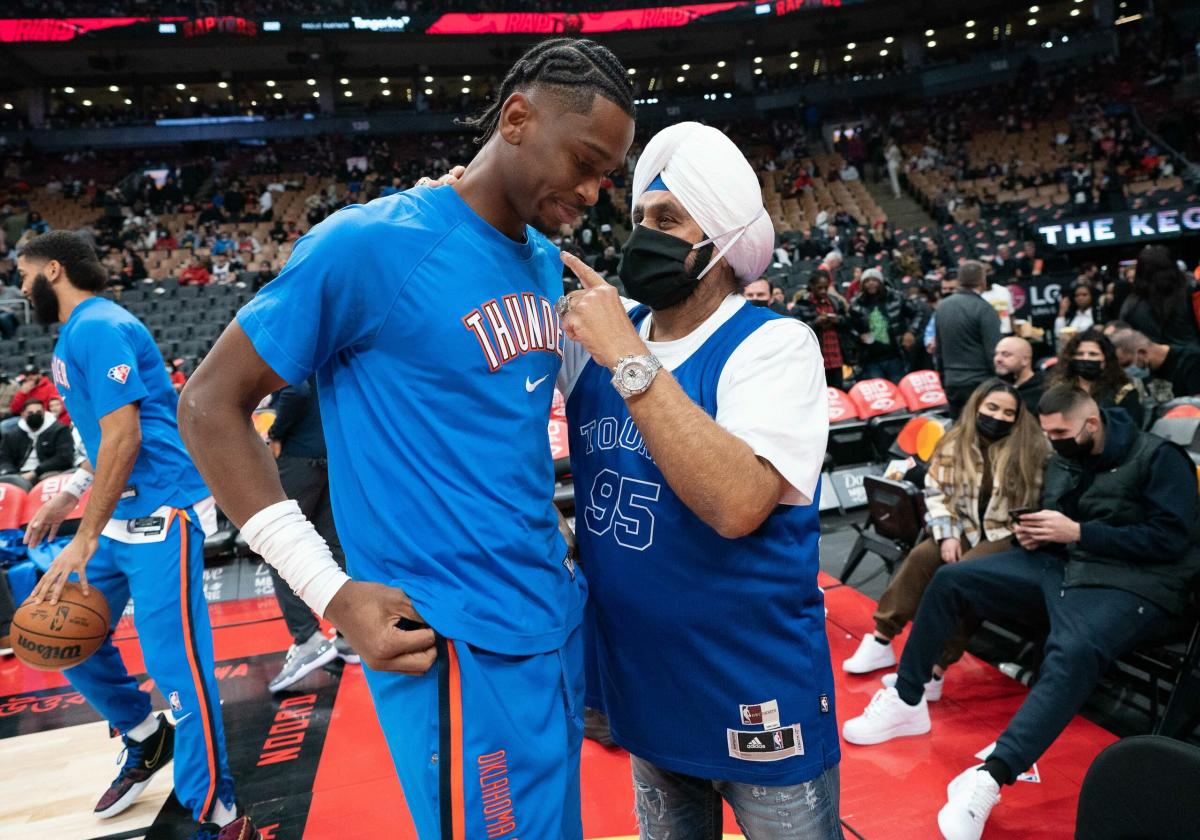 Well, it looks like it took a day for the Toronto Raptors’ rumors to start back up after Shai Gilgeous-Alexander made his intentions known of wanting to stay with the Oklahoma City Thunder.

The highlight of media day for the Thunder was Gilgeous-Alexander downplaying any trade rumor and talks about him growing unhappy with his current situation.

“Honestly, I don’t pay attention to like the NBA media stuff and what gets tweeted and what circulates around the web,” said Gilgeous-Alexander. “Try to stay focused with what I’ve got going on, me getting better, the guys that are on the team. Just try and just be a better team next season, a better player next season.”

Gilgeous-Alexander made his stance even more clear when asked about his content status with the team during his interview with The Athletic’s Andrew Schlecht.

“I know what I signed up for when I signed a five-year extension,” said Gilgeous-Alexander to The Athletic. “And I don’t think we’re gonna be losing for much longer. So it’s not like I signed up to lose or anything. I believe in this team. I think we’re heading in the right direction.”

Despite Gilgeous-Alexander’s proclamation, it appears that the Raptors will continue to monitor his situation closely, according to TSN Raptors reporter Josh Lewenberg in a recent article.

“One of the situations they’re closely monitoring, according to a league source, is in Oklahoma City, where Toronto-born star Shai Gilgeous-Alexander may eventually tire of leading a rebuild. The Thunder have gone 46-108 over the past two years and don’t seem close to turning the corner, especially after losing second-overall pick Chet Holmgren to an off-season foot injury.

The 24-year-old point guard spent the summer playing for Nurse with the Canadian senior men’s national team, so there is familiarity on both sides. Gilgeous-Alexander is under contract with OKC through 2026-27 and has given no indication that he would prefer to play elsewhere, but again, things can change quickly in this crazy league. If that or any other enticing opportunity presents itself, Ujiri and Webster – flexible as ever – will be ready.”

Despite the annoyance it might cause among Thunder fans, the Raptors are only doing what a smart franchise would do. Things can change pretty quickly in the NBA. But for right now, Gilgeous-Alexander is bought into the Thunder’s rebuilding plan.