IPL Media Rights Tender – IPL 2022: The cricket fans are waiting with baited breath for the IPL 2022 Auction Day i.e February 12th. The busines fraternity though in India is eagerly waiting for the BCCI to release its IPL Media Rights Tender. With the global media giants Disney Star Network, Sony Network, Reliance Viacom 18, Amazon set to be in fray – a top BCCI official has predicted ‘BUMPER-HARVEST’ for the BCCI & Indian cricket from the sale. Follow IPL 2022 LIVE Updates on InsideSport.IN

BCCI President Sourav Ganguly recently predicted that the IPL Rights can fetch 35,000 Crores for the BCCI.

Now another top official from the BCCI has made a far bigger prediction. According to a very seasoned BCCI offiical, the rights can even touch astronomical value of 40,000-45,000 Crores.

“Stay assured, Indian cricket is up for BUMPER-HARVEST from the sale of new cycle of IPL Rights. Don’t be surprised if it touches 40,000 to 45,000 Crores. Let’s wait for the magic to unfold”, the Senior BCCI official who earlier also has worked in the capacity of IPL Chairman told InsideSport.

IPL Media Rights Tender: E-Auction module gets Thumbs UP from all stakeholders, media rights tender release to coincide with IPL 2022 Auction in Bengaluru

Why the Rights Value can jump 3 times? According to the industry experts, multiple interested parties with deep pockets & rise of digital penetration will increase the value of rights.

Not only this but increase in number of teams & matches in IPL will also contribute to a very healthy increase.

“This will be 1st IPL Media Rights tender which will not be a two way race (Star & Sony) but multiple parties with deep pockets will vie for the rights. As BCCI is e-auctioning the rights, it will be very interesting to see what will be the base price they start with”, said Ashish Chadha, a industry veteran in sports media rights space.

The incumbent right holder for IPL Media Rights, Disney Star Network has already declared that they will bet big on the rights.

“Sports business for us is in an investment mode and we won’t shy away from investing heavily. We are going to be bullish on all rights renewals including IPL”, the president of The Walt Disney Co India & Star India, K Madhavan has declared.

The “fresh funding will give a lot of ammunition to Viacom18 for the crucial IPL media rights auction”.

Viacom18 has been increasingly active in the sports rights market in the last year. The network has signed deals for the NBA, FIFA World Cup, Spanish LaLiga, Italian Serie A, French Ligue 1, Abu Dhabi T10 cricket, and ATP tennis.

IPL Media Rights Tender: E-Auction module gets Thumbs UP from BCCI, media rights tendering to be completed before IPL 2022

IPL Media Rights Tender – IPL 2022: As reported by InsideSport in December, BCCI has finally decided to do E-AUCTIONING for new cycle of media rights.

The release of the IPL Media Rights tender will coincide with IPL 2022 Auction in Bengaluru. The entire process of tendering & sanctioning of the media rights (2023-27) will be completed before April 2022.

“E-AUCTION in past have given good results to BCCI’s commercial inventory. We feel we will get better value for the rights via E-AUCTION” confirmed a top official of BCCI.

WATCH the space for all LIVE Updates on IPL Media Rights Tender & IPL 2022 on InsideSport.IN 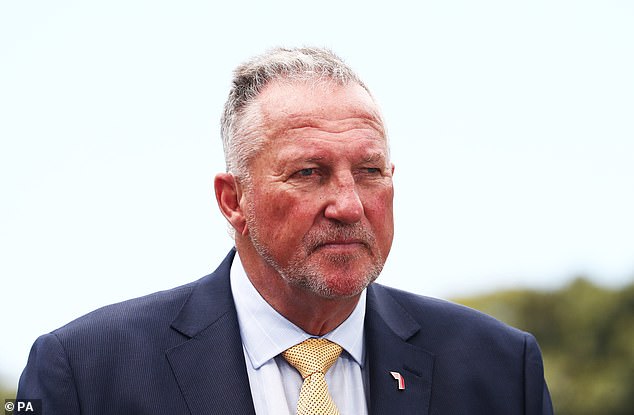 The County Championship is the root cause of England failure at Test level, says David Lloyd