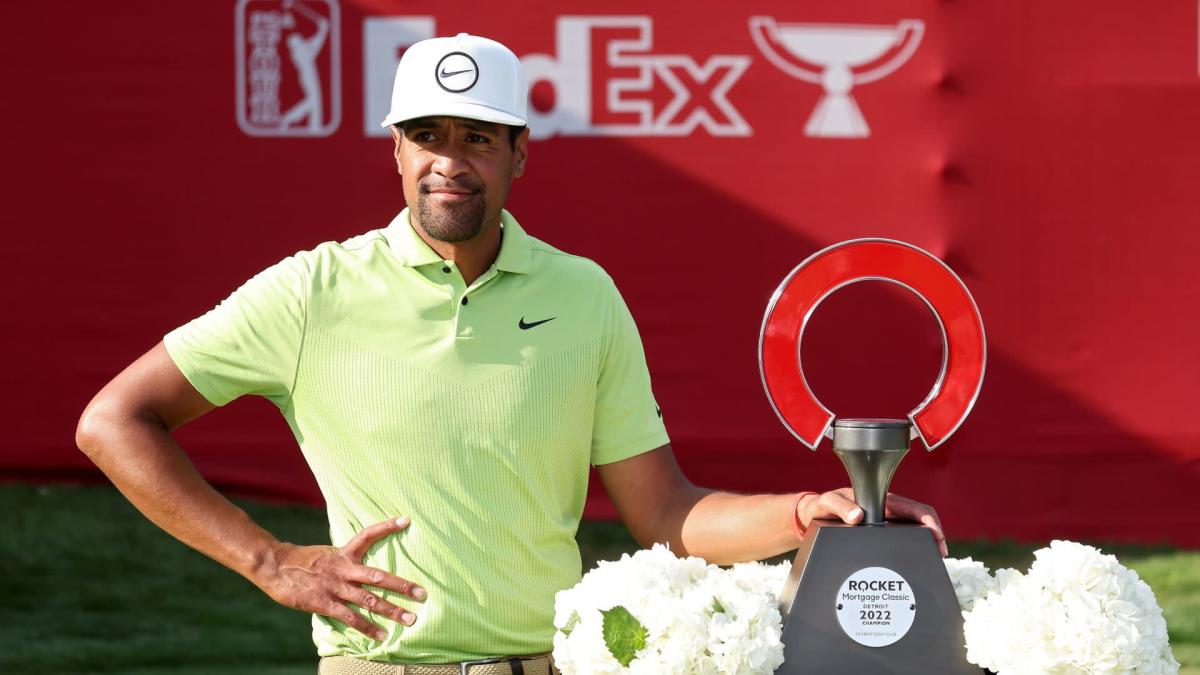 Tony Finau isn’t fretting about what to spend his recent winnings on.

“I haven’t thought about it,” Finau said Sunday after winning the Rocket Mortgage Classic, “but now that you bring it up, five kids will take care of that, no problem. Five kids and my wife, I’m sure they know how to spend it.”

Finau’s win at Detroit Golf Club netted him a cool $1.512 million. Add that to his first-place check from last week’s 3M Open and Finau has won nearly $3 million in two weeks. He also has jumped to seventh in the FedExCup, already clinching his spot in the playoff final at East Lake, where he’ll have an opportunity to also earn the FedExCup’s $18 million winner’s check.

Here is the purse and FedExCup points breakdown for Finau and the rest of the players who made the cut in Detroit: