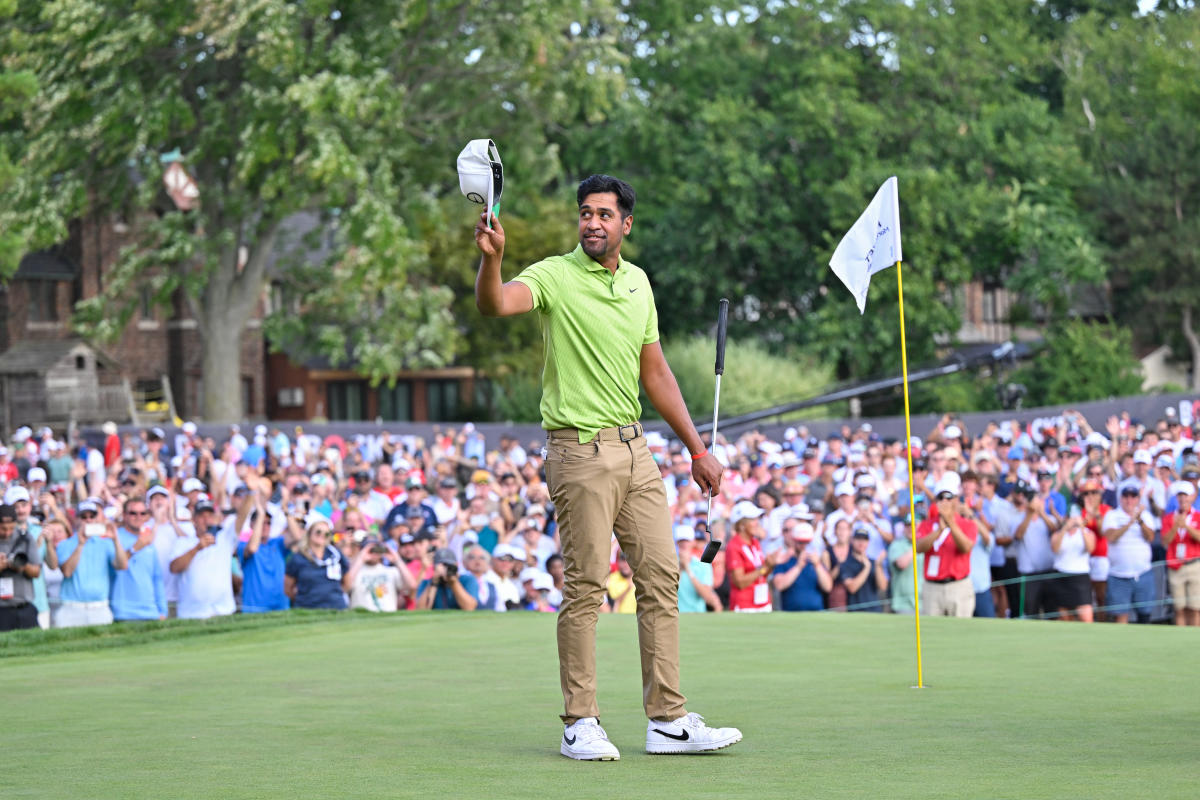 Tony Finau understands the situation he’s in this week at TPC Southwind.

Not only is he sitting at No. 7 in the FedExCup standings, the highest he’s been heading into the playoffs in his career, but Finau is fresh off of back-to-back wins, too.

Now he’s attempting to defend his title — though he did that at The Northern Trust last year — after a week off.

“No question. It’s definitely the most momentum I’ve carried into the Playoffs,” Finau said Tuesday in Memphis. “Back-to-back wins is nice, but I think … every week is new and there’s no difference this week.”

Finau has doubled his career win total in the last three weeks, first with his three-shot victory at the 3M Open and then with his four-shot win at the Rocket Mortgage Classic. The wins have brought him to No. 13 in the Official World Golf Rankings, his best spot since last year’s playoffs, and to No. 7 in the FedExCup.

The 32-year-old has seven top-25 finishes so far this season. He’s to win this week, well behind betting favorite Rory McIlroy.

While he’s not leading the pack — that honor goes to top-ranked Scottie Scheffler, Finau said he’s more than happy with his position as a bit of an underdog headed into the three-tournament playoffs.

“I like being in the top-10 going into the FedExCup. Again, it’s a spot that I’ve never been in,” Finau said. “Honestly, you probably want to be Scottie Scheffler right now. You are controlling the whole FedExCup … That would probably be the ideal position, but the way that the staggering score is set up now, I think if you’re in the top-5, the top-10, you’re going to have a great chance to win the FedExCup.”

While he’s playing perhaps the best golf he’s ever played on Tour, Finau has struggled at TPC Southwind.

He’s only the defending champion by default, as he won at The Northern Trust to kick off the playoffs last year. That event is no longer in existence.

“It’s definitely strange defending on a golf course that I haven’t won on … My track record isn’t great here,” Finau said. “I think if you look at the numbers, I’ve had some nice rounds for sure, haven’t been able to put together a great tournament here, but with the momentum I have and where my game’s at now, I’m looking to change that.”