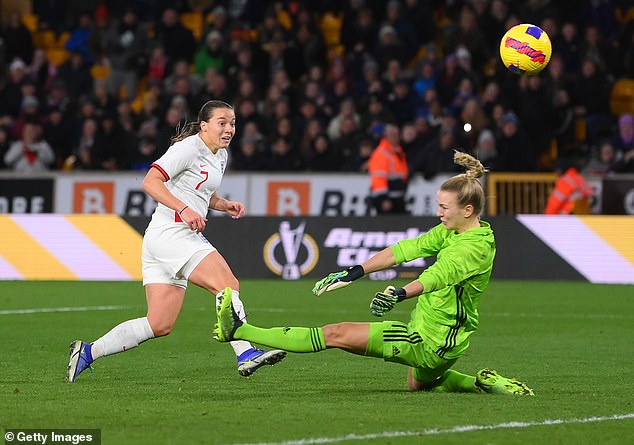 Tickets for the final of the Women’s Euros and two of England’s three group games have sold out less than 24 hours after going on general sale.

With the tournament 100 days away from kicking off at Old Trafford, demand for tickets has been incredibly high.

The Lionesses games against Norway at Brighton’s Amex Stadium and Northern Ireland at Southampton’s St Mary’s are now completely sold out. Belgium’s group game with Iceland has also sold out. Tickets are still available for England’s opening game against Austria on July 6. 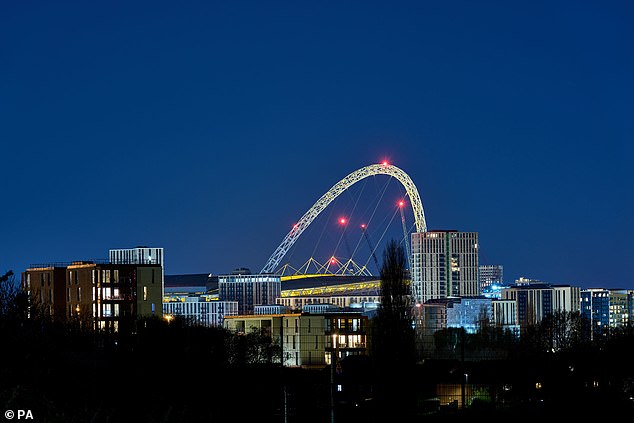 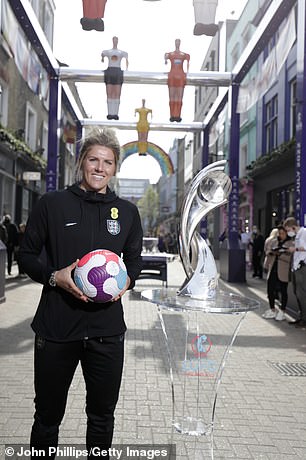 Fans will be hoping the Lionesses can follow in the footsteps of Gareth Southgate’s side by making it all the way to the final at Wembley on July 31. And Chelsea and England defender Millie Bright says the squad believe they can win their first major trophy on home turf.

‘You’re always going to win it, that’s why you go to tournaments. We don’t go with any other mentality,’ Bright tells Sportsmail.

‘We want to do our absolute best against every team and showcase our talent. That’s why we take part. We want to inspire the nation and give our all.

‘I’m really glad that everyone is getting behind us, I think the fans are as excited as the players.

‘There’s so much more support behind the women’s game now, more and more people are wanting to come to the games. The fans are super important for us, in every game we play they’re the 12th player. This is gonna be another stepping stone in the women’s game but the journey isn’t going to end there.’

England boss Sarina Wiegman knows all about managing the pressures and expectations that a home Euros will bring. Wiegman was manager of Holland when they hosted, and won, the competition in 2017.

‘She’s brilliant at that [managing the pressure],’ Bright says. ‘She knows how to deal with that pressure and how much of an influence that can be. She’s very good at us not putting too much pressure on ourselves. 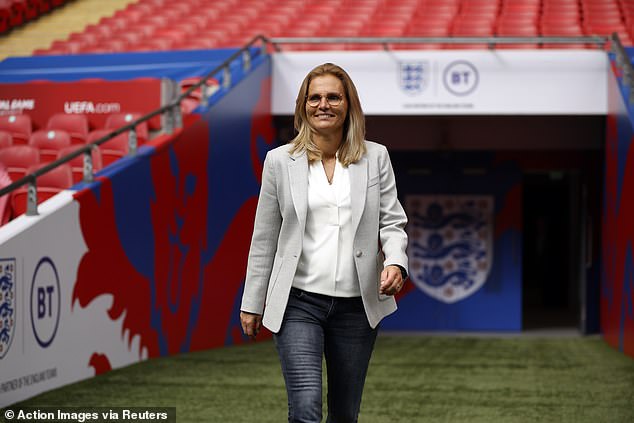 ‘Obviously we want to perform and we want to win but most importantly we want to inspire the nation and do the country proud. We want to make sure people continue their support after the Euros as well, I think that’s really important for the women’s game.’

Wiegman took over the Lionesses in September after Hege Riise had been in temporary charge following the departure of Phil Neville at the start of 2021.

‘It’s been a tough journey over the years,’ Bright says. ‘There’s been a lot of hurdles, a lot of change. Now it feels like we’ve got stability and a fresh slate. There’s a feel of freshness in the squad at the minute.

‘Everyone is playing with a smile and everyone is happy. I think when you have happy players you get better performances. We want to put on a show for the fans. There’s huge competition in the squad, the talent that we have, everyone is competing for their place. It’s healthy competition and that brings out the best in everyone.’

The news that former Ballon d’Or winner Ada Hegerberg will return to the Norway squad after a five-year absence has added an extra level of excitement to their game with England and Bright is looking forward to the challenge of coming up against the striker. 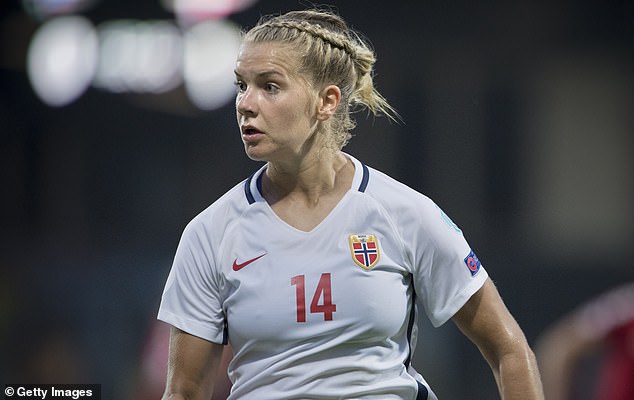 ‘I always love the fight and the battle. Certainly as a defender you’re thinking “game on!” It’s a challenge and that’s what you want.

‘I think we’d had it pretty easy before that, for us to be able to get success against the top teams was a real confidence boost and showed where we’re at and where we need to improve.’

‘Do you know what? I think I’m going to get that [photo] printed because I don’t think that will ever happen again in my career,’ Bright laughs.

‘It was a special moment, she’s an incredible player and to have shared the golden boot with her was a moment that will probably never come again.’

Tickets remain available for the rest of the group games, quarter-finals and semi-finals and Bright is hoping the Lionesses will be backed in the same way fans turned out for Gareth Southgate’s side last summer.

‘It’s another chance for the nation to come together and show their support. We’re really hoping the fans get behind us and I’m really confident that they will do that. There’s some incredible teams and players in there so there’ll be some great games to watch.’ 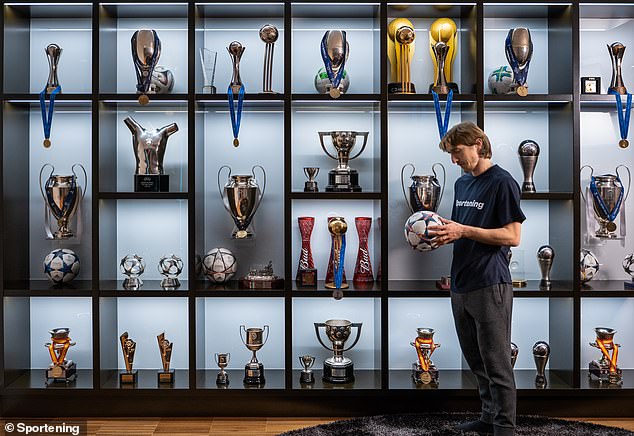