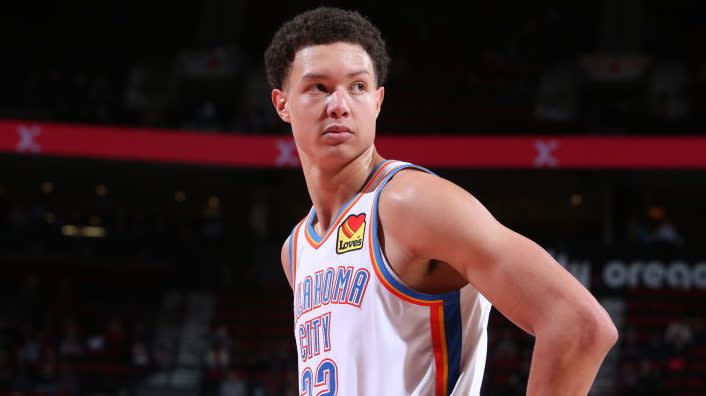 The downside to having 3,547 draft picks (approximately) over the next five years is it forces some tough roster decisions.

That’s where Oklahoma finds itself, and after picking three players in the lottery — Chet Holmgren, Ousmane Dieng and Jalen Willaims. The Thunder needed to clear out roster space and Isaiah Roby is the unfortunate man shown the door.

Roby averaged 10.1 points and 4.8 rebounds a game, and while he didn’t take many 3s he hit 44.4% of the ones he did. Roby looked more polished than some of the Thunder’s younger players, but OKC is on a player development plan, and so Roby often sat with a front-row seat to watch those younger players.

Roby, 24, would be a good waiver claim or just a quality pickup for a team trying to round out the end of its bench. Plus, he remains two-way eligible.

Roby is going to land somewhere. He’s also not the last tough roster cut coming in OKC over the next few years.

Check out more on the Thunder