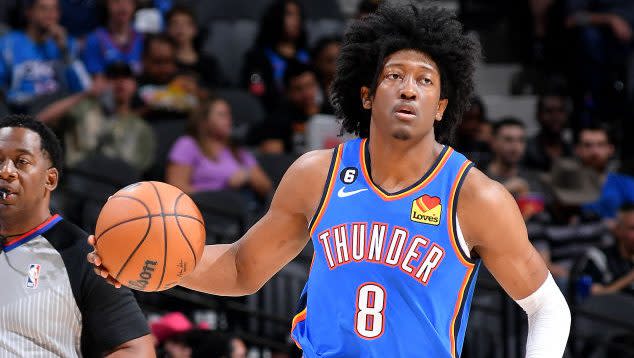 It was clear something was up when Thunder rookie Jalen Williams updated his Instagram profile picture after the game against the Timberwolves.

Williams has undergone surgery to repair an orbital bone fracture, the team announced Friday. He will be re-evaluated in 7-10, although he may miss more time than that, reports Jeff Stotts of In Street Clothes.

It is also possible Williams returns earlier than that wearing a mask for protection.

Williams scored five points in the six minutes he played off the bench in his NBA debut before suffering the injury. He was the No. 12 pick in the draft, a rangy wing out of Santa Clara who was a bit of a sleeper until a standout performance at the NBA Draft Combine.

Check out more on the Thunder