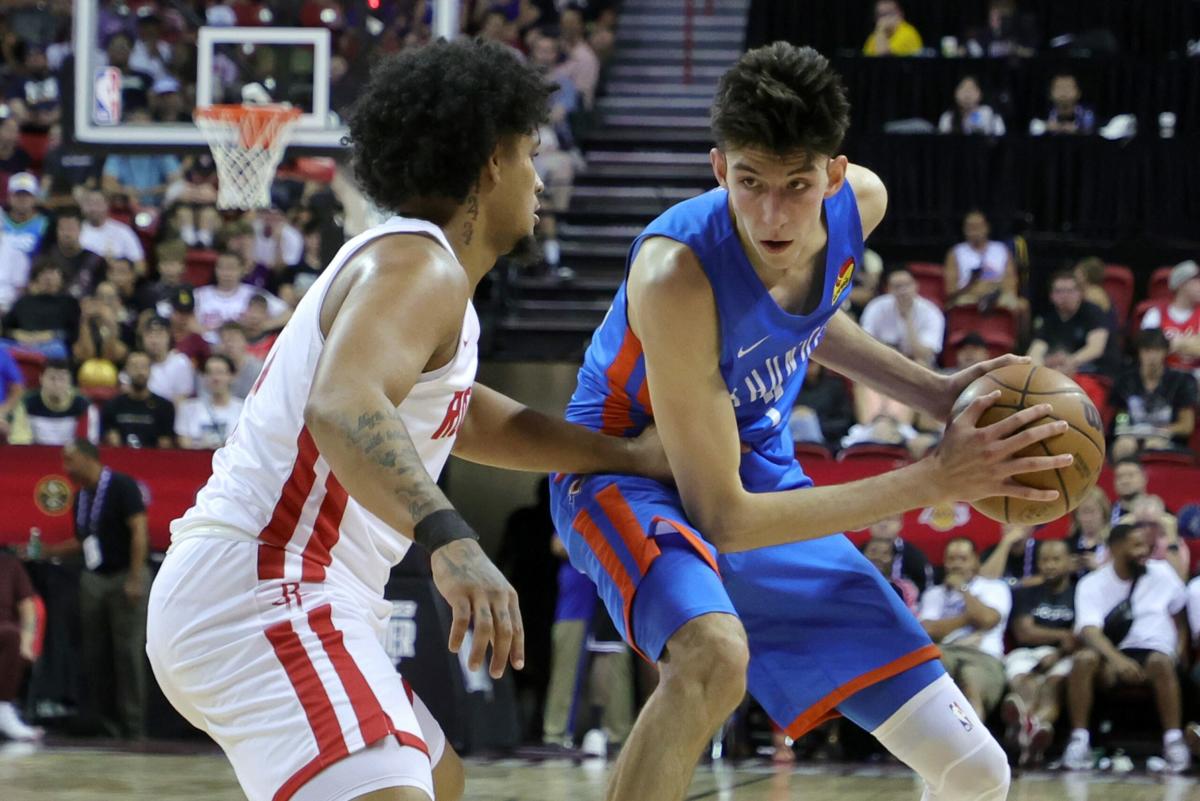 Oklahoma City Thunder rookie Chet Holmgren was pictured in the gym this week with Brooklyn Nets forward Kevin Durant and other players in California.

Holmgren and Durant were seen with noted NBA trainer Drew Hanlen in between drills on the court. The picture of the two players was posted on Instagram by Zachery Remy and later reshared by Holmgren and Hanlen on their accounts.

The Thunder rookie has been training with Hanlen throughout much of the summer. In addition to Durant, Holmgren has also been in the gym with the likes of Boston Celtics guard Jayson Tatum, Atlanta Hawks guard Trae Young and Chicago Bulls guard DeMar DeRozan.

Holmgren previously caught the eye of Durant after dazzling in his debut in the Salt Lake City Summer League. He was seen wearing the new KD 15s in the midst of dropping 23 points, seven rebounds, six blocks and four assists on July 5, which earned a shout-out from Durant.

With training camp set to open in late September, players around the league continue to stay sharp and prepare for the season by hitting various workouts and pickup games. Thunder fans will certainly hope that Holmgren can add a few tricks from Durant and others to his game.