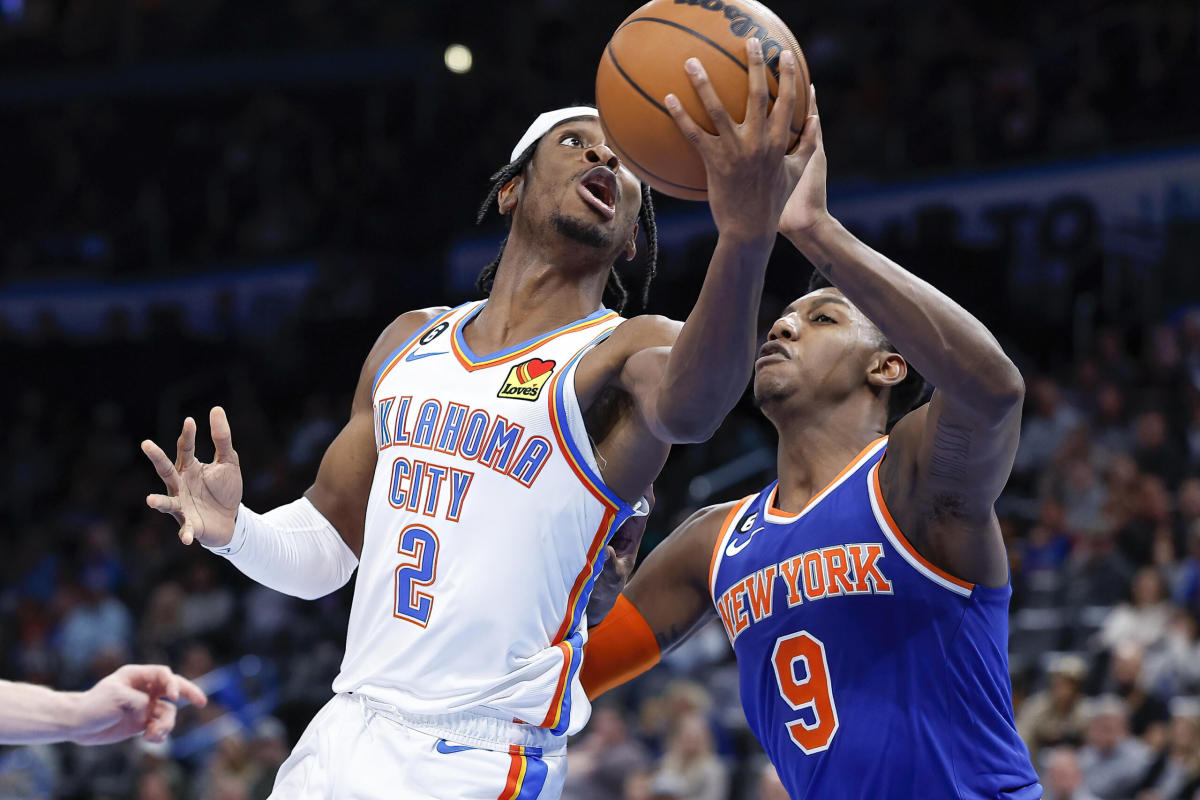 “Our offense over that time has improved,” said Daigneault. “We’re playing a little faster, especially on made baskets, but I think to loosen this up a little bit and we’ve got to find a balance there.”

The Knicks were led by Jalen Brunson, who scored 34 points on 14-of-20 shooting. Julius Randle also recorded a 25-point and 11-rebound double-double. RJ Barrett finished with 25 points as well.

The main message from Daigneault after the game was that the team’s defense needs to improve and return to how it was previously playing earlier this season.

For the Thunder, the trio of Shai Gilgeous-Alexander, Josh Giddey and Lu Dort led the way in this game. Let’s take a look at Thunder player grades.

While it was another 30-point performance for Gilgeous-Alexander — the 11th of his season — it wasn’t the most efficient or impactful of the bunch.

Gilgeous-Alexander finished with 30 points on 9-of-22 shooting and went 12-of-12 from the free-throw line. He also finished with seven assists and five rebounds.

Outside of this game, I think it’s pretty crazy and speaks volumes of the progress he’s made where we can start labeling 30-point performance by Gilgeous-Alexander on how loud or quiet they were.

Outside of Gilgeous-Alexander, Dort was the only other player on the Thunder to pick up some of the scoring slack.

Dort scored a season-high 24 points on 9-of-14 shooting and went 3-of-4 from three. He also finished with three assists and eight rebounds.

A solid individual performance for Dort an otherwise forgettable night for the Thunder.

Giddey finished with 18 points on 8-of-15 shooting, nine rebounds and seven assists.

This was a good performance for Giddey against a Knicks team he’s basically always stepped up to play against in his young career. More importantly, Giddey’s scoring game was effective this game — a nice sight to see after an inconsistent start with his shooting.

After the game, Giddey said he thinks he’s fitting in well with Gilgeous-Alexander but notes building rapport will take time and cites other backcourt duos like Damian Lillard and CJ McCollum.