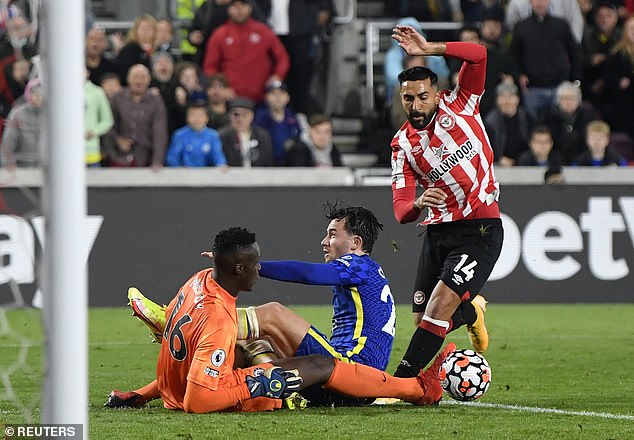 Brentford boss Thomas Frank gives his players belief they can beat ANY team in the Premier League, says midfielder Saman Ghoddos after spirited defeat to Chelsea and claims the Bees were ‘very, very unlucky’ not to win

Thomas Frank has got his Brentford players believing they can beat anyone in the Premier League.

Only the heroics of goalkeeper Edouard Mendy and some desperate defending on Saturday prevented the top-flight new boys adding Chelsea to their list of scalps this season.

They announced themselves with a rousing first day win over Arsenal and won at Europa League West Ham and Wolves. 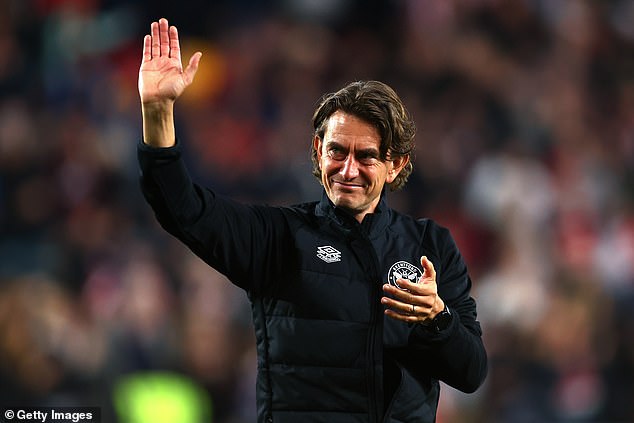 Brentford have also given Liverpool a major fright, drawing 3-3 with Jurgen Klopp’s side.

Brentford have attacked the division head on, showing zero fear and their ability to give even the Premier League’s most established sides a genuine test.

Forward Saman Ghoddos said: ‘The crazy thing is whoever we play we go out to win – we don’t go out hoping for a draw because it is a hard game to play.

‘It is crazy to hear the coach really motivate us and make us believe it – that gives us energy to really win every game, no matter who we are playing against.’

Frank said: ‘We are playing against the European champions. Number one in the Premier League. We are giving five shots away. 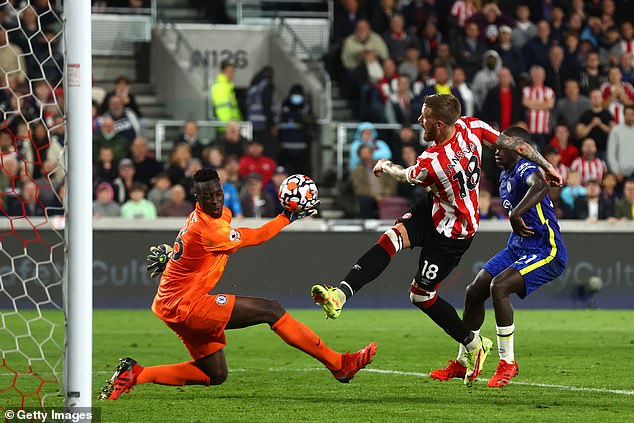 ‘They have five players whose names belong on the Ballon d’Or in the squad. That is crazy.

‘We are a bus stop in Hounslow that wants to make a stamp in the Premier League, want to be an asset and want to do everything we can to do it and I think we showed that.

‘We were very, very unlucky not to win and I hope they acknowledge that, Chelsea.’

The Brentford Community Stadium looks all set to be an awkward place to get a result for all visitors on the evidence of this season so far.

Frank added: ‘That is so important. We need to become a difficult place for any team to come and visit and not only the big teams. We want to make it a fortress.

‘The fans have made if a very difficult place to come and play. They were amazing and we need them going forward.’ 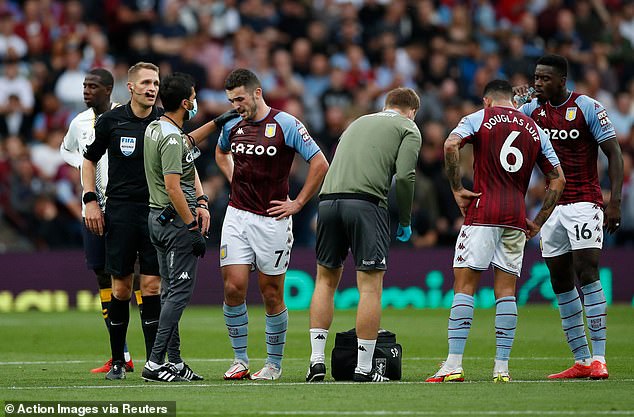