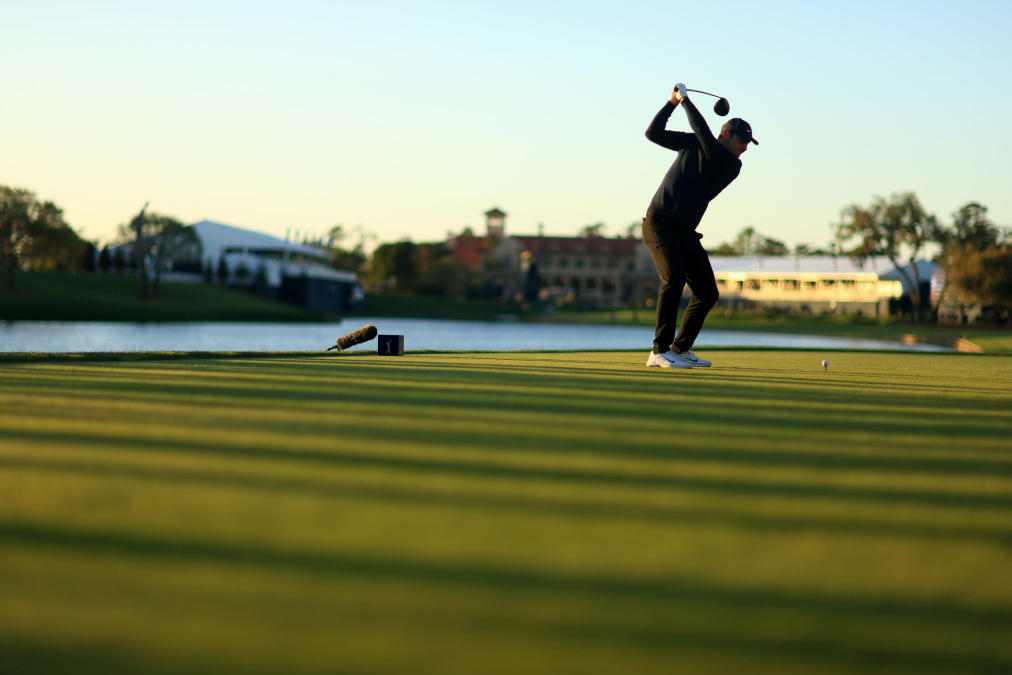 PONTE VEDRA BEACH, Fla. – And on the fifth day, the final round of the Players Championship will begin.

With various storms pushing the PGA Tour’s flagship event into a Monday finish – we hope – the third round was completed at 10:55 a.m. ET, 19 hours and 39 minutes after it began.

At the top of the leaderboard was India’s Anirban Lahiri, who is ranked No. 322 in the world and looking for his first PGA Tour title. He completed a third-round, 5-under 67 to move to 9 under through 54 holes.

“I got off to a really good start yesterday, kept the momentum going, and came back out this morning,” he said. “I’m happy with the way I finished and just looking forward to the rest of the day.

“There’s not much to get too far ahead of yourself. I’m just trying to stay in the moment and just do what I need to do next.”

There were 14 players within three shots of the lead heading into the final round. A shot back in second place was Sebastian Munoz (65), Doug Ghim (68), Paul Casey (69) and Sam Burns (71).

See also  Despite nonuple bogey, Canada's Chris Crisologo not out of it at KFT Q-School

Plenty of fireworks exploded across the sun-drenched Stadium Course at TPC Sawgrass, the biggest was an ace from 219 yards on the 8th by Viktor Hovland, who hit 4-iron. He shot 68 to move to 4 under through 54 holes.

It was his second on the PGA Tour, the eighth on the hole since 1983. But there was little time for celebration.

“If I would have made the putt on 9 (on his last hole), as well, to get to 5, I would have felt a lot better,” he said. “But I’ve been playing really well the whole week. I just haven’t really been able to capitalize on any putts. Maybe if I get a few putts going early and maybe it starts blowing in the afternoon and gets a little shaky, then maybe (I can contend), but got a lot of work to do.”

Munoz polished off a bogey-free 65 with his seventh birdie of the round coming on the last. Kevin Streelman made six birdies in his last 11 holes over two days to get back into the tournament at 6 under with a 66.

“I could have made one more putt, but I mean, I’m really happy where I am,” Munoz said.

Said Streelman: “Clearly it’s soft right now, which allows the fairways to get a little wider. Also allows the greens obviously to get a little softer. We’re able to maybe fire at a few more pins than we would otherwise, and we’re all ready to get out of here, too, so the better you play, the quicker you play.”

The players are playing the ball down after being able to lift, clean and place in earlier rounds. While some players were expecting mud balls Monday morning, there were few and they were far between.

“The course is in fantastic shape for all it’s been through in the last five days,” said Kevin Kisner, who shot 68 to move to 6 under. “I think it’s totally fair to play the ball down these last two rounds. Greens are still super receptive. I don’t know if they’re going to be able to get out and do anything to them between rounds, which I doubt, but there will be some low scores this afternoon, I imagine.”