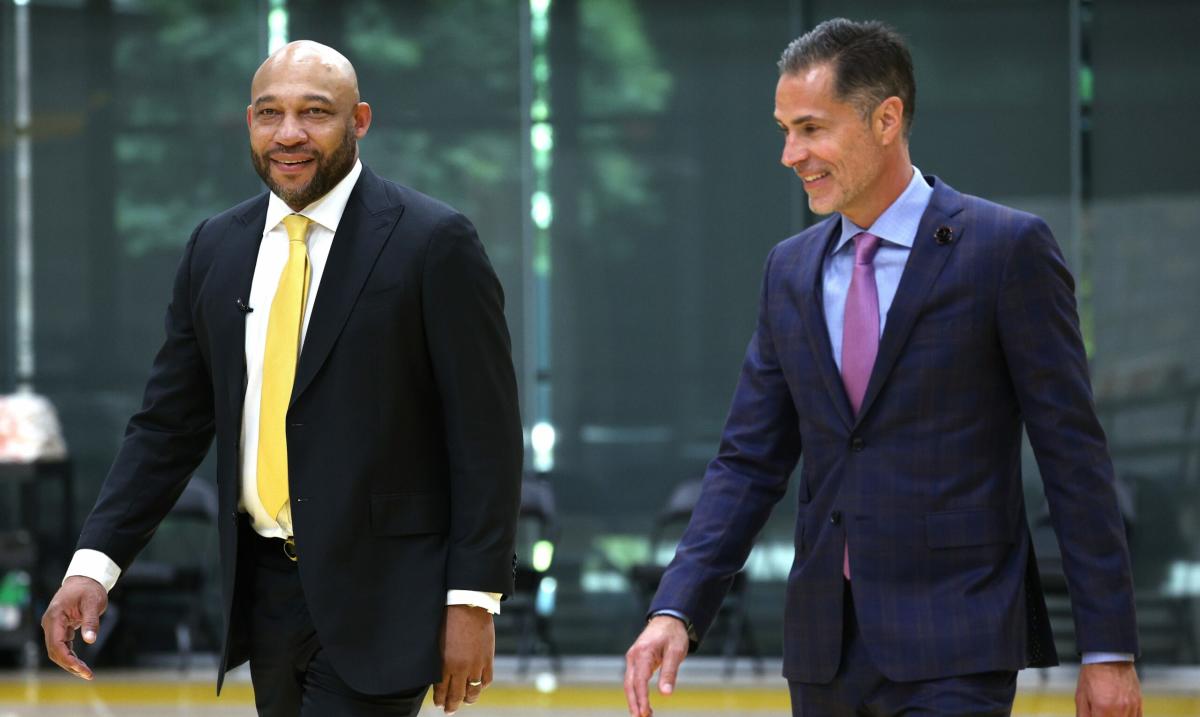 There is a growing feeling that this year’s edition of the Los Angeles Lakers will be significantly better than last year’s disastrous iteration was.

If anything, they will be far more competitive this year, with a renewed emphasis on defense, fast-break basketball and attention to detail.

But no one is expecting the Purple and Gold to contend for the NBA championship.

They seem to be a couple of pieces short of being able to do so, and to that end, people around the league feel they are targeting the missing piece in free agency next summer.

There have already been reports that Los Angeles intends to go after Kyrie Irving at that time, but there could be at least two other big-name targets.

“One NBA executive believes the Lakers will be interested in players like Kyrie Irving, Jerami Grant, Myles Turner and Andrew Wiggins.

“‘No matter what [the Lakers] do with trades or however they reconstruct this year, they are going to keep an eye on next summer,’ the executive told Heavy.com. ‘That is where they have a lot invested, being able to get another star-type player next summer.’

“‘They’re going to look at Kyrie Irving, of course, but he is probably not their top choice. They will look at Jerami Grant, who they liked for a long time, same with Myles Turner. I think Andrew Wiggins would be a big prize there because he can play two-ways.’”

For the Lakers to sign one of these players, they will need to clear lots of salary cap space next summer, and it could interfere with their efforts to maximize this year’s roster.

Going after a star in 2023 free agency could be risky

Reportedly, one reason the Lakers didn’t pull the trigger on a Russell Westbrook trade this summer is because they don’t want to take back any players whose contracts run beyond this season. That seems to fit in with an effort to land a big fish next summer.

However, if that’s their goal, it will likely mean punting on this season while LeBron James grows one year older and accumulates more wear and tear.

By midseason, as a few teams may decide to make big changes by then, there could be a Westbrook trade option that would take L.A. from a good team to one that can contend for the world title. But if the team is adamant about going after Irving, Grant and Wiggins in July, it could very well turn down such a can’t-miss deal in an attempt to keep cap space open.

In addition, it is hard for any team to successfully attract a star like that in free agency, and simply making the attempt would mean renouncing multiple role players who have value to the team.

Landing an Irving, Grant or Wiggins would then leave the Lakers with no cap space to fill out the rest of the roster, forcing it to use the mid-level exception and veteran minimum to field a strong supporting cast.

It could result in them having to bring in washed-up, zero-impact players such as Trevor Ariza and DeAndre Jordan, whom they signed last summer.

If the Lakers are serious about winning championship No. 18, they can’t put all their eggs in the 2023 free agency basket.