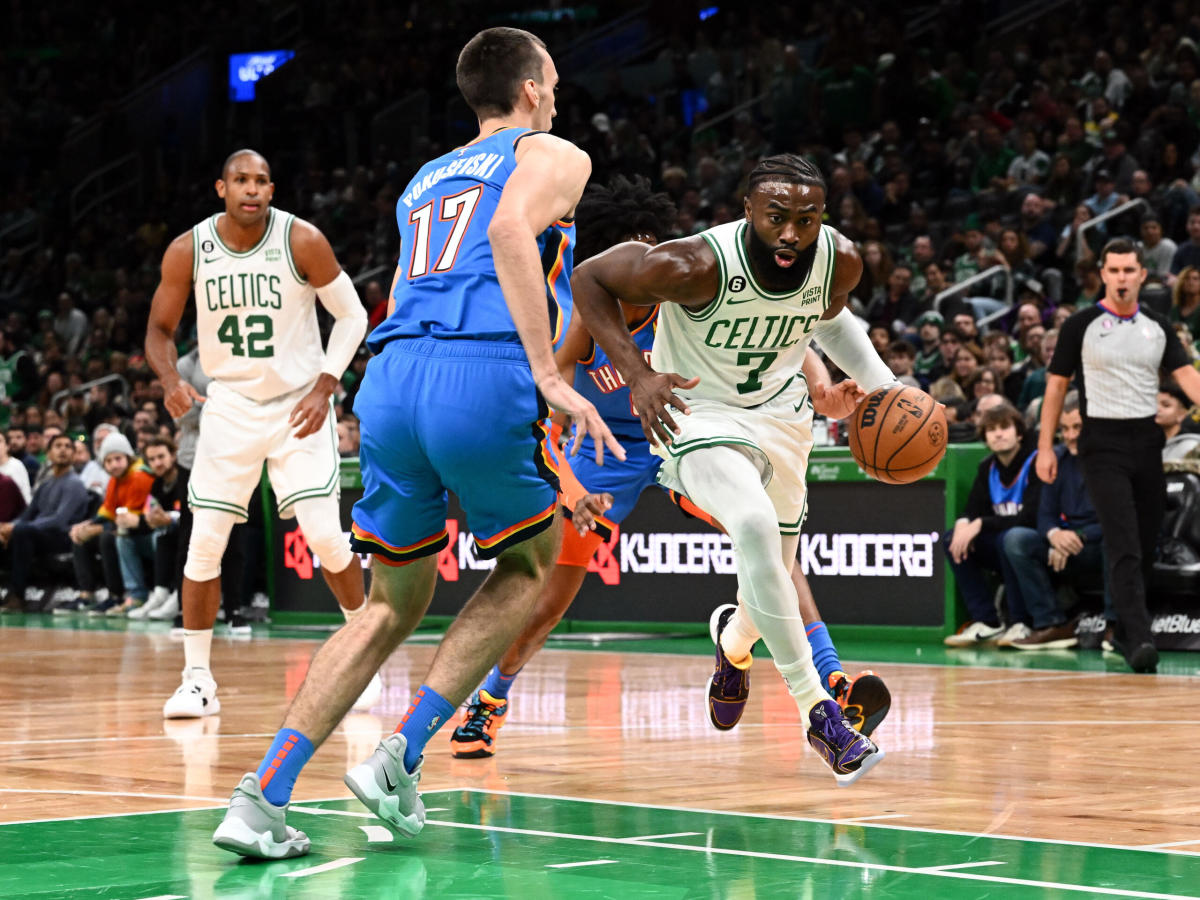 The Boston Celtics have had an historically good offense, but should we worry about their defense?

On one hand, it’s a fun narrative to see the Celtics thriving after a crisis ending to their 2022 offseason, particularly given they are doing it with the exact opposite skills that propelled them to the 2022 NBA Finals last season. They have swapped the league-leading defense for an overwhelming offense.

On the other hand, if they want to make it back to the finals and have a real shot at winning in 2023, the Celtics will need to have better-than-average skills on both ends of the court.

To talk about the club’s impressive offense and lacking effort on the defensive end, Sam Vecenie of The Athletic’s “Game Theory” podcast got together with guest Mark Schindler on a recent episode.

The Boston Celtics have a juggernaut offense this season

Vet Celtics center checks in as No. 9 active NBA player born in 1989

Where do the Boston Celtics rank in the big threes of today?