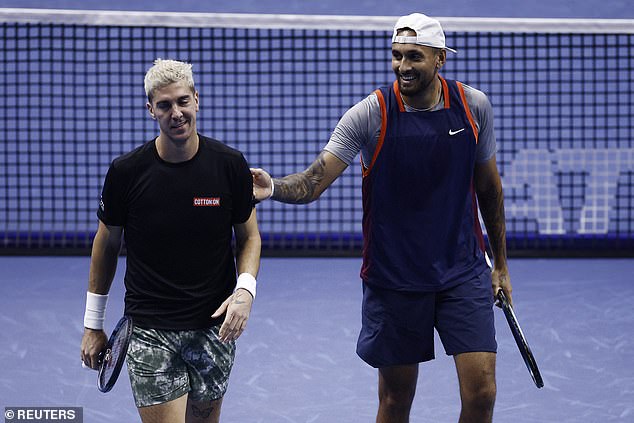 He’ simultaneously the bad boy and most brilliant talent of Australian tennis, and both sides of Nick Kyrgios were on display as he and doubles partner Thanasi Kokkinakis scored an unlikely victory at the ATP Nitto Finals in Italy.

The ‘Special Ks’ are doubles tennis’s most electric combination, and despite a poor performance by Kokkinakis, the pair were able to defeat Croatian Ivan Dodig and American Austin Krajicek 3-6, 6-4, 10-6 in Turin on Wednesday.

Defeat, and thus crashing out of the ATP Tour Finals, seemed almost a fait accompli as the pair sunk to 1-5 down in the match-deciding tiebreak.

Enter Kyrgios, who went from breaking yet another racquet in anger to almost unbeatable stroke-play, losing just one more point in the tiebreaker while piling on nine of their own. 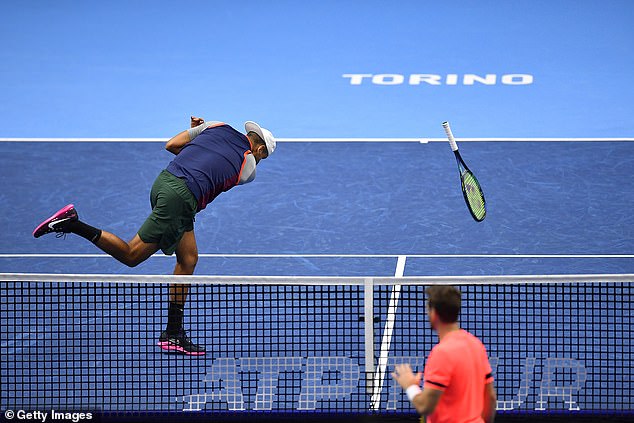 That being said, Kygios also had a typical bout of poor behaviour, when he violently smashed his racquet after losing a point

And boy, was he happy about it.

The Wimbledon finalist began running around towards the crowd, gesticulating and whooping them up while Krajicek and Dodig, who’d largely dominated until then, looked increasingly bemused amid the mayhem.

See also  TV REVIEW: Move over BBC, tennis has a new hero and maybe a new home too

It invoked memories of the ‘Special Ks’ winning the Australian Open doubles title at the start of the year, when the pair’s raucous celebrations during matches captured the nation.

‘I had to take it away from tennis because we were getting outplayed – and then the energy just got us over the line,’ admitted Kyrgios after the match.

‘The crowd was amazing – they got us over the line, honestly. I don’t think the other pair really had any idea what was going on.’

Kokkinakis admitted he was all smiles while being almost just an onlooker as Kyrgios also unleashed some fabulous shots in between his cheerleading.

‘Trying not to laugh half the time to be honest,’ grinned Kokkinakis.

‘I see him just going towards the crowd and it’s like a soccer crowd, felt like a Serie A rivalry – but it was funny, man, it’s good energy, it lifted me and I played my best tennis after he started doing that as well.’ 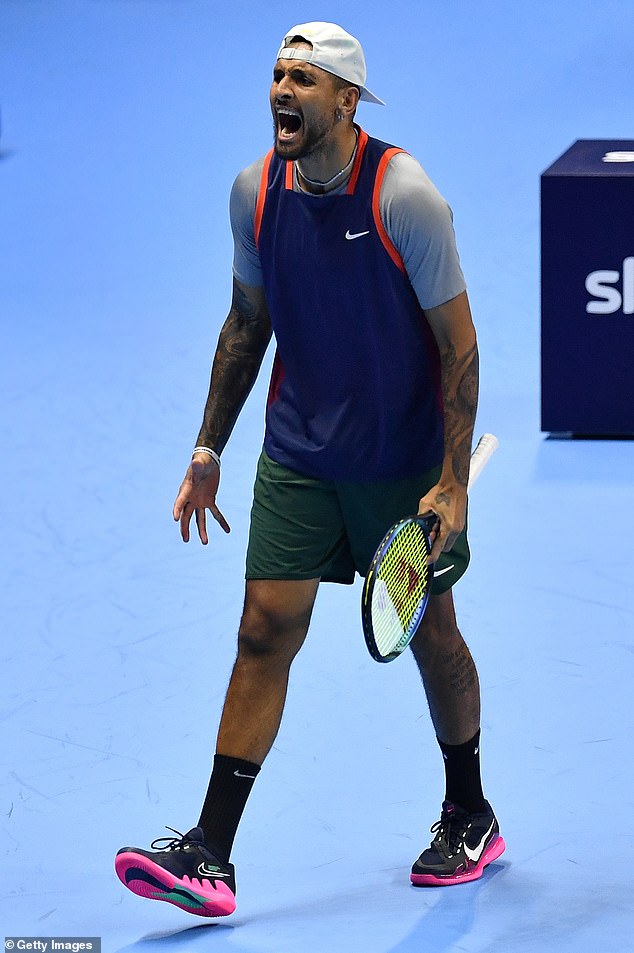 Kyrgios first came up with the goods at the end of the second set, saving what could have been a decisive break point with a big serve before converting one of their own with a dazzling forehand winner that levelled the match.

He look ready to implode when he smashed his racquet into the court in a fury as they went 1-5 down in the match tiebreak but it only served to inflame the crowd, unnerve the opposition – Dodig and Krajicek both double-faulted – and inspire him to new heights. 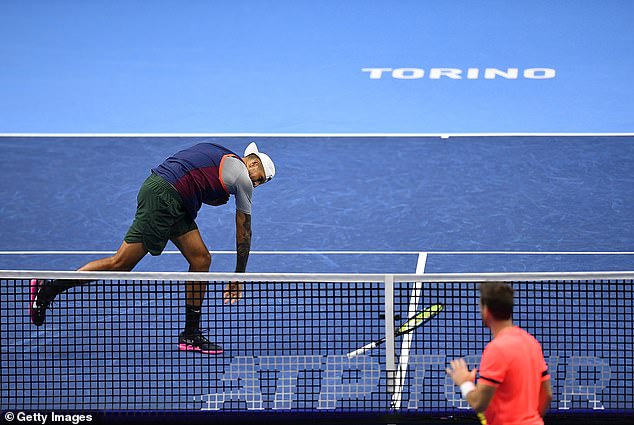 After losing their first match to No.1 pair Wesley Koolhof and Neal Skupski, defeat would have guaranteed their exit but now the exciting duo still have the chance to end the tournament with a triumph against the best pairs in world tennis.

They still, though, have their work cut out to reach the semi-finals, probably having to beat the unbeaten Olympic champions Mate Pavic and Nikola Mektic in straight sets to earn their place.

‘The Special Ks’ beat the Croatian duo en route to their Melbourne triumph – and Kokkinakis is hoping for more of the same energy from both he and Kyrgios, and the crowd.

‘That was fun that match, the crowd was a bit of a circus that time around,’ he recalled.

‘So we’ll hope for more of the same. So, Italians get out, get rowdy and get behind us!’