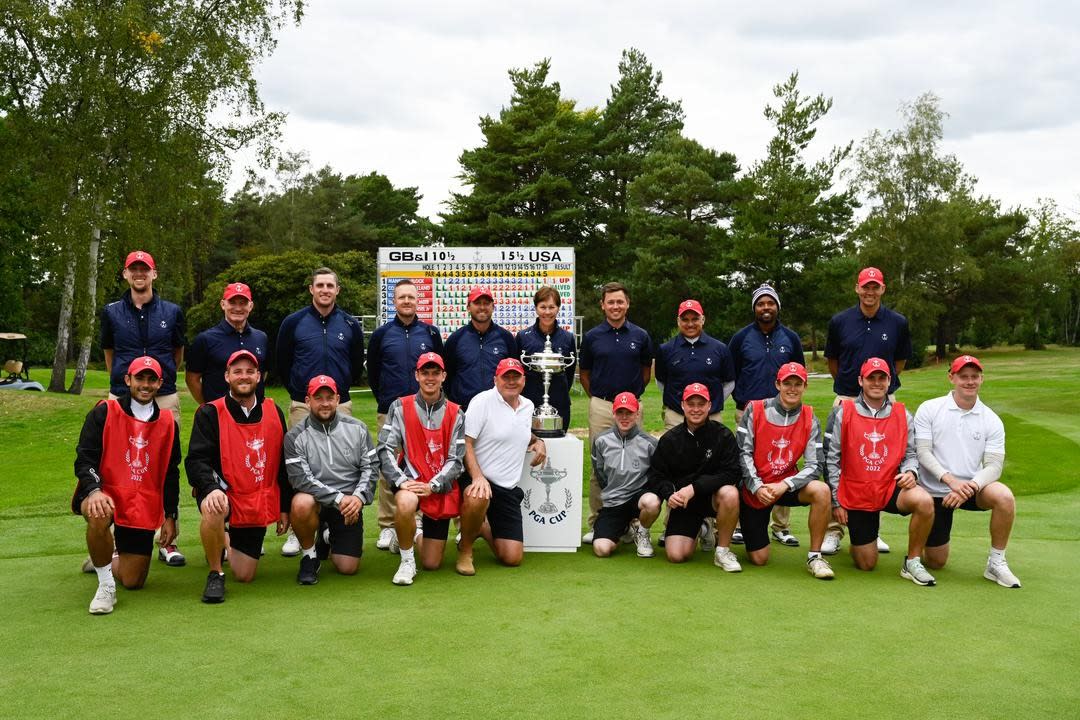 Whaley, a PGA Honorary President from Palm Beach Gardens, Florida, captained the United States to victory in the 30th PGA Cup at Foxhills Resort and Club in Surrey, England, against Great Britian and Ireland. It is the Americans first overseas victory since 2009 and their second Llandudno International Trophy win. In the overall series, which dates to 1973, it’s the 19th win for the U.S.

“I have been able to do a lot of amazing things in my career, and this ranks right at the very top,” said Whaley.

Captain and PGA of America Honorary President, Suzy Whaley during single matches for the 30th PGA Cup at Foxhills Golf Club on September 18, 2022 in Ottershaw, England. (Photo by Matthew Harris/PGA of America)

The PGA Cup originated in 1973 at Pinehurst Country Club in North Carolina as an outgrowth of the PGA Professional Championship. Structured after the format of the Ryder Cup, with match-play competition between the U.S. and Europe, the PGA Cup features the top PGA Club Professionals from both sides of the Atlantic.

The U.S. led 9.5-6.5 entering singles on Sunday, and American Michael Block started the day with an incredible comeback. Block, the PGA Head Professional at Arroyo Trabuco Golf Club, in Mission Viejo, California, birdied five of his six final holes, including two lengthy birdie putts on Nos. 15 and 17, to win the match 1 up.

“It really set the tone for everybody else,” said Whaley, who followed Block across the back nine. “He fought so hard, and he earned us that first point. That first point is so crucial for the rest of the team. I have never seen anyone fight so hard for a point.”

“It started to get a little dicey,” admitted Whaley. “But in the end, we got it done.”

The United States holds a 19-7-4 advantage in a series. The U.S. won in 2019 at Omni Barton Creek Resort & Spa in Austin, on a miraculous final day rally.