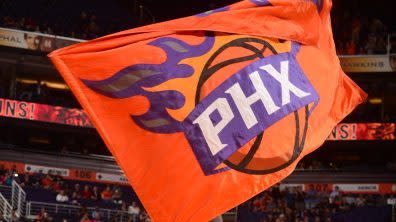 Suns’ All-Star point guard and locker room leader Chris Paul said the NBA’s sanctions on team governor and primary owner Robert Sarver “fell short in truly addressing what we can all agree was atrocious behavior.” That echoed what LeBron James said, what National Basketball Players’ Association executive director Tamika Tremaglio said, what the mayor of Phoenix said, and what many around the NBA and in the media have said. The one-year suspension and $10 million fine for Sarver from the league was a slap on the wrist.

Now there is a call from within the Suns for Sarver to resign.

Suns’ vice chairman and the second-largest share owner of the team Jahm Najafi (second to Sarver) released an open letter calling for Sarver to step down, via Duane Rankin of the Arizona Republic. Here is the letter in its entirety:

“Due to the NBA’s investigation and findings, I have no choice but to speak up on behalf of the hundreds of you who have been impacted by your interactions with Robert Sarver and the resulting investigation of his conduct. I first and foremost want to give my deepest thanks to all of you who garnered the courage to share your experiences, as difficult as it may have been, to help piece together a clearer picture of what work life must have been like for you over these past 18 years.

See also  After the Gallinari injury, the Boston Celtics were rated to have had the 5th-best offseason

“Similar conduct by any CEO, executive director, president, teacher, coach, or any other position of leadership would warrant immediate termination. The fact that Robert Sarver “owns” the team does not give him a license to treat others differently than any other leader. The fact that anyone would find him fit to lead because of this “ownership” position is forgetting that NBA teams belong to the communities they serve. Team investors are merely temporary stewards. If we, as sports leaders, are not held to the same standards then how can we expect a functional society with integrity and respect on any level? We owe it to you: employees, players, partners, and your families to provide the same positive workplace environment we would require of any other business.

“I cannot in good judgment sit back and allow our children and future generations of fans to think that this behavior is tolerated because of wealth and privilege. Therefore, in accordance with my commitment to helping eradicate any form of racism, sexism and bias, as Vice Chairman of the Phoenix Suns, I am calling for the resignation of Robert Sarver. While I have no interest in becoming the managing partner, I will work tirelessly to ensure the next team steward treats all stakeholders with dignity, professionalism and respect.”

Najafi’s letter is clearly a response to NBA Commissioner Adam Silver, who said the quiet part out loud during his press conference Wednesday saying he can’t fire an owner.

“There are particular rights here of someone who owns an NBA team as opposed to somebody who is an employee…” Silver said. “I don’t have the right to take away his team. I don’t want to rest on that legal point because of course there could be a process to take away someone’s team in this league. It’s very involved, and I ultimately made the decision that it didn’t rise to that level… There’s no neat answer here, other than owning property, the rights that come with owning an NBA team, how that’s set up within our constitution, what it would take to remove that team from his control is a very involved process, and it’s different than holding a job. It just is, when you actually own a team. It’s just a very different proposition.”

Najafi did not call for Sarver to sell his shares of the team, but to step away from duties as the team governor beyond the one-year suspension.

Sarver, who pushed back hard against the initial report last year at ESPN, reportedly was frustrated with the severity of the given suspension that most others thought too lenient. If Silver decided to push for harsher penalties — a multi-year suspension, or something else forcing him to give up running the team — Sarvery would likely fight back via lawsuits.

The reality is that Silver will only push for a stiffer penalty or a resignation if the owners of the 29 other teams push for more — and so far, they have not (as far as we know). Multiple owners thought the NBA came down too hard on Donald Sterling back in 2014, plenty of them live in glass houses and don’t want to start throwing stones. It took player protest and, more importantly, team and league sponsors pulling back and hitting the other owners in the pocketbook, for Silver and the league to act decisively to ban (and ultimately oust) Sterling.

It will take that now — player pressure, fan pressure, and most importantly sponsor pressure — to force further action on Sarver. Silver and the other owners have to be put in a position where they feel they have to act for the good of the league (and its finances).

See also  'Our season has not gone according to our plan'

Najafi writing this open letter is a big step in that direction, but there is a long way to go. If you want to believe it was a coincidence the league announced this report in the deadest part of the offseason, go ahead, but the Sterling tapes dropped during the playoffs and it led to player, fan and sponsor backlash. That is less likely when training camps have not even opened.

The Suns appointed vice chairman and minority owner Sam Garvin to fill in for Sarver while he serves his suspension.