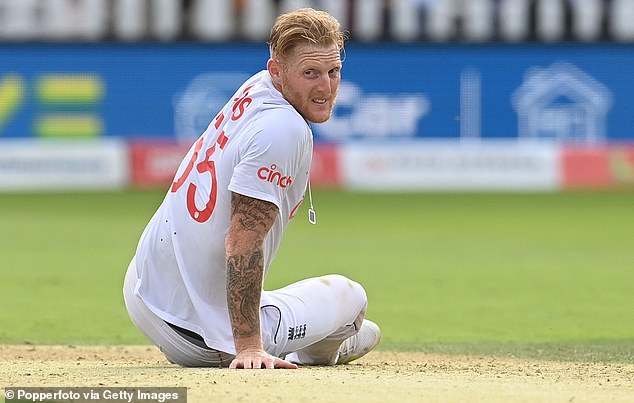 ‘We’ve got a genuine feeling we’re still in this game’: Stuart Broad insists England remain in contention against South Africa despite trailing by 124 runs… as he plays down fitness concerns over captain Ben Stokes

Stuart Broad played down concerns about the fitness of Ben Stokes after the England captain repeatedly felt his left knee during a typically wholehearted bowling spell on the second day of the first LV=Insurance Test against South Africa.

‘He’s doing OK,’ said Broad, after Stokes finished with three for 53 in the Proteas’ total of 289 for seven. ‘His knee jars a little bit on the odd occasion, but he seems to be coping.’

Broad, who became the second bowler after Jimmy Anderson to take 100 Test wickets at Lord’s, insisted England remain in contention – despite a lead for the tourists of 124 – with power to add.

‘We’ve got a genuine feeling we’re still in this game,’ he said. ‘They were good batting conditions when the ball got softer today, and that’s something we’ll want to take forward.

‘We’ve got to make it a first-v-fourth-innings game. It’s a relatively dry pitch, and Leachy was quite encouraged by the amount of spin he as getting. I think the game’s set up really nicely.’

Broad said England would be drawing on previous experiences this summer, when they overcame a variety of difficult positions to win four Tests out of four against New Zealand and India.

‘Obviously, we’re going to have to have a couple of great days. But we’ve proved this summer that anything can happen, and Stokes bought great theatre in that middle period after tea. He’s all-action at everything he does.’ 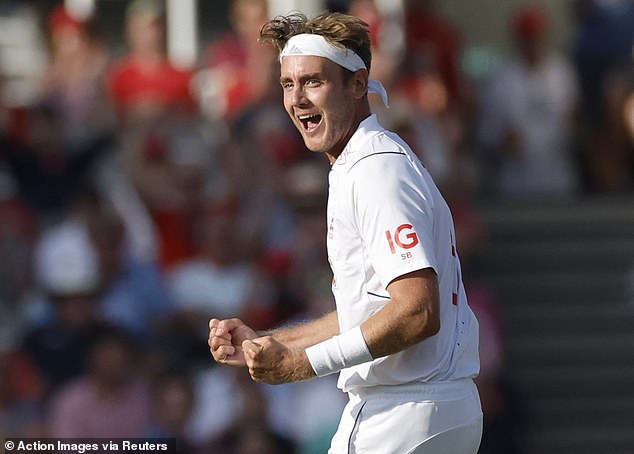